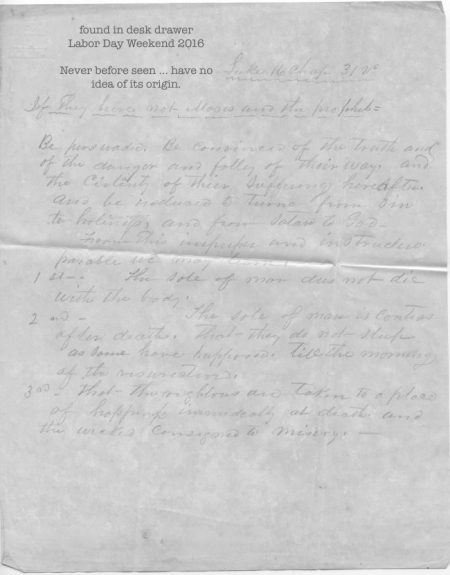 Named by a daddy who aspired to Southern gentility, Virginia Lee lived up to her name and earned a degree in Southern Studies at the University of Mississippi. Born and raised in the Piedmont of North Carolina, Lee has spent less than two years living above the Mason-Dixon Line. With roots in Alabama, Louisiana, Arkansas, Tennessee, and North Carolina, Lee figures she’s about as Southern as a body can be. She’s been writing colloquial fiction, poetry, and songs for nigh onto twenty years and figures she’ll keep it up the rest of her days.

Is that for me? How kind of you! I see you went to Miss Aggie’s shop, just off the square. I’m surprised you aren’t teetering a bit after being exposed to all that chocolate. What? Oh yes, Miss Aggie’s certainly unique all right. She’s a good girl though, if a smidge odd.

I daresay that Miss Aggie Delight would agree to having a fondness for rituals. Performing a ritual, no matter how small, pleases her. For example, she sweeps the steps leading into her chocolate shop in a precise circular pattern. Her other habits, however, aren’t quite as genteel.

Aha! You’re curious now. Well, I’ll just have to tell you the whole story? Sit yourself down. Have a chocolate or three. How about a glass of dandelion wine? Comfy? Good. Now where was I? Ah yes.

It all began shortly after her favorite professor died. Professor Douglas, pixie-faced chimney that he was, became Miss Aggie’s mentor at the university during her first year. The financial aid office assigned her to him because she was on the frail side and it was decided that he was the best attachment.

Professor Douglas’ office was about twice the size of a janitor’s closet. It had a window with faded velvet drapes made from the curtain that once framed the stage of downtown’s Bijou Movie Palace. Miss Aggie told me once that the worn burgundy fabric still had a slight scent of popcorn. Every inch of available wall space was covered with signed theatrical posters and programs, various props, and overcrowded bookshelves full of plays.

The professor’s desk was littered with ticket stubs, telegrams, crumbling pressed flowers, greeting cards, locks of hair and more, all of which were covered by a thick sheet of tempered glass. The desk’s surface was neat. To the right there were three desiccated frog skeletons, in/out trays, a phone message pad, and the wooden box his nephew made in woodshop that held his fountain pens. The telephone sat on the left side. Professor Douglas kept it there because he hated phones and considered those who used them gauche. Next to the despised instrument was a sealed acrylic box containing a woman’s mummified big toe resting on what looked like a piece of papyrus. An Egyptologist friend sent it to him in honor of a production of Aida the professor once directed. The experience was such a disaster that the professor swore off directing operas for the rest of his career and his assistants dealt with the Music Department thereafter.

Although Aggie majored in Home Economics, she was happy in the Drama Department. She once told me that working for the professor was the most satisfying job she ever had until she opened her candy shop.

Oh yes! About these chocolates. Miss Aggie uses only the finest cocoa pods. She even roasts and grinds them herself. She travels to Central or South America, even Ghana, once a year to choose them. Her prices are outrageous, but her treats are worth it. Don’t you agree? Of course you do.

Where was I? Ah, now young Aggie didn’t fit in very well. Her clothes were odd and she usually smelled faintly of something not very nice that you couldn’t quite identify due to her chemistry major roommate’s odoriferous potions. The professor, however, didn’t care about what she looked like or how she smelled. His olfactory senses hadn’t been right since he was a boy, so he never knew that Aggie didn’t smell like roses or something else pleasant.

After graduation, Miss Aggie stayed here in town so she could continue to work for the professor. She went to culinary school at night and learned how to be a pastry chef. Discovering she had a gift for making candy, particularly chocolate, she decided that she wanted to have a chocolate shop one day. She wasn’t earning much at the university, but she didn’t mind because she knew that when the time was right the money would come.

Miss Aggie was devastated when the professor died suddenly while on a trip to New York. Unable to say goodbye to him in person, she agreed to pack up his office for the nephew of the woodshop box, his only remaining relative. She pocketed the mummified toe while she packed; correctly assuming it would not be missed.

Would you like some tea? You look a bit peaked. Here, have another chocolate. That’s right, dear. They’re good, aren’t they? Miss Aggie makes them special. No, they don’t have nuts, dear. I’m allergic, so I’m certain.

What was I saying? Oh yes. When Aggie got home that day, she forgot she had the toe in her pocket. She found it the next morning when she was sorting laundry when the box fell out of her jacket pocket and clattered onto the floor, breaking open. Afraid the toe might disintegrate if left out in the humidity, she picked up the toe and pieces of broken box so that she could reassemble the display. While fiddling with her new project, she found a note tucked underneath the shred of papyrus.

Partake of it daily
And you will see
No wrinkles
For eternity.

It’s been fifty years now since I began eating Miss Aggie’s chocolates. I had my first box after my husband passed on. I’m one-hundred and fifteen now and I don’t look a day over forty, do I? Here darlin’, have another. They’re good for you.