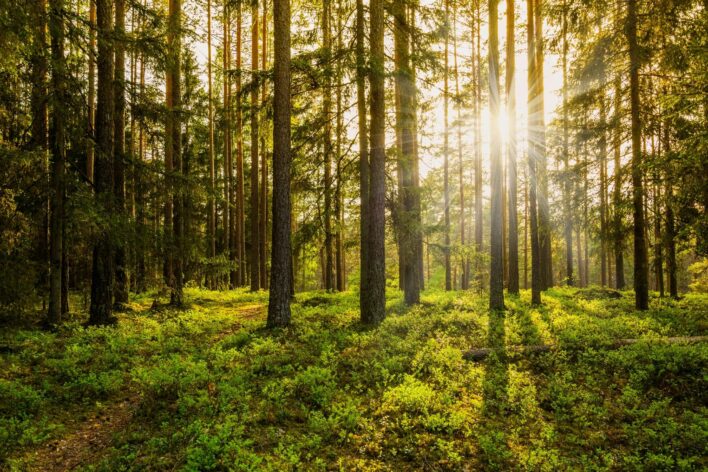 Southern Legitimacy Statement: Adrienne Burris grew up in the purple shag-carpeted room her mother grew up in, the third bedroom of a small brick ranch sandwiched between a cow pasture and a tobacco farm. Her grandfather picked her up from high school in his pickup truck, and they listened to Walter Edgar’s Journal on the radio. With lots of free time and nowhere else to be in this sleepy Carolina town, she just wrote. And wrote. And she never stopped.

Liza seized the handles of her ladybug galoshes and tugged them over her bare feet. There was no time for socks. The rain had stopped quickly as it came, with thunder already rumbling one-one-thousand, two-one-thousand, three-one-thousand into the distance, and she knew the fool notions of a summer storm would send it back swinging.

Liza patted her back pockets, her front pockets, up-and-down the sides of her wiry torso. (Don’t be fooled, reader. She’d been ten pounds even coming into this world. Her mom had almost died right then and there, not from the tearing, but from the prospect of raising a fat daughter.) Liza patted the plastic magnifying glass dangling from her neck, patted her back pockets once more and, certain she had everything she needed, stretched to unlatch the front door lock.

A downy quilt of low-lying haze tucked in the trailer park for its afternoon nap. The wooden stairs were slick with moss, barely visible through the mist, but Liza avoided them altogether by leaping over the railing into the muck. She lay on the gravel driveway, prostrate beneath a cloud, and pressed the magnifying glass against her eyeball.

It was a great magnifying glass. She bought it herself with 4500 tickets from the Fun! Fun! Fun! Arcade in Florence, despite her mom begging for the fluorescent fingernail polish 6-pack (zebra-print decals included). Liza was the one who pushed the big red button when the circling light was on JACKPOT, so it was her choice of prize, and that was that.

Keeping her body perfectly still, she reached back her left hand and pulled a set of rusted silver tweezers from her pocket, borrowed from underneath the bathroom sink. One-by-one, she lifted tiny pebbles for close examination, drawing them in and out from her face before either replacing them on the drive or wrapping them in a tissue pulled from her front pocket.

“Hm,” she muttered. “Very interesting.” Some people would say gravel hardly counted as a rock, but Liza knew that the prettiest geodes could be the ugliest on the outside. That is what she learned in All About Rocks, the book Mrs. Tindal let her permanently check out from the Bookmobile because she renewed it six times in three months and nobody else wanted it.

“Hm,” Liza muttered again, tapping a rock against her index finger. She barely knew what she was looking for – it could be the shape, or a bit of shiny stuff, or just a gut feeling that sparked in her belly and warmed up her chest until the word “A-ha,” bubbled out of her mouth. “You’ll do.” Her mom said instincts were everything, that no schooling can replace that God-given ability to just know what’s right and not right, good or good-for-nothing.

She tucked two more stones into the tissue, folded it into her front pocket, and ran back inside under a rising layer of fog. What appeared mysterious in the early morning was revealing itself, rows upon rows of cracked vinyl siding and broken trampolines and dandelions poking through asphalt.

For weeks now, the dining table had been commandeered by various construction paper signs reading: KEEP OWT. ROCKS HQ. LIZA’S OFFIS. A toilet paper barrier (which had to be re-done daily since mom bought the store brand that ripped if you breathed on it wrong and left Liza’s rear end raw) marked the high-security zones. Liza settled into her seat at the head of the table and observed her collection. On an extra-large cookie sheet were seventeen stones, arranged in three neat rows rows, each labelled with a piece of masking tape according to its type. Two rows of uncracked geodes (potential quartz, amethyst, calcite, gypsum, or barite), a row of gems from Pretty Pretty Princess (largely emerald and ruby variants), a few chunks of red brick (pink granite) from the neighbor’s edging, and now four new specimens from her final excavation. She would later crawl onto her mattress and shine dad’s old Maglite on her treasures, saying “curious, curious” while referencing the pages of All About Rocks. One by one, she would rip off a piece of masking tape to write #18 – Celestite or #19 – Feldspar, until her she heard the front door slam shut and shake the house and she hid the flashlight away where the mattress was ripped open on one side.

Liza had never seen her dad, though she knew she had one. Everyone does. She knew this was his Maglite, because mom hurled it in a box with the rest of that No-Good-Bastard’s stuff. It was a great flashlight, super bright and crisp and it didn’t get hot no matter how long you left it on. One day he would come looking for it, because you didn’t come across a flashlight this wonderful every day of your life, and Liza would hand it to him with a smile on her face.

But all that would happen later. Liza still had much to do. She arranged the four rocks on a “holding tray” to the side and reached under the table, behind her dental floss laser beams, for a shoebox. Liza had covered the image of the strappy red snakeskin heel, size 6 ½, with yet another paper sign: SPECIAL XIBBIT!

Liza was no dummy. She knew plain old rocks wouldn’t make the big money for a geology museum. So when she discovered the SPECIAL XIBBIT, she squealed with joy knowing people would come all the way from Myrtle just to see it ($2 admission charge, $1 for a photo, 50 cents for popcorn). Liza set the box in her lap and pulled off the lid. Inside, nestled in a bed of glittering Christmas tissue paper, was a diamond ring. The band was gold and simple, the gem itself no bigger than a pencil eraser. But it was real. Liza knew from the way it caught light and threw it around the room, setting everything in its path on fire.   She’d found it under the Maglite in the bastard’s box. Her mom obviously didn’t realize what she’d done, like those old ladies on the Antiques Roadshow with teapots owned by movie stars or mahogany cabinets with secret messages taped behind drawers.

Mom would be so happy to see this ring displayed on a marble pedestal, hearing the visitors exclaim, “What a beauty!” and “Marvelous!” and “Such treasure!”

Liza pulled the ring out of its box and held it towards the window, where a sunbeam had suddenly burst through the clouds. Circles of light slid across her cheeks, danced on her shirt, twitched on the peeling floral wallpaper. Glorious. Just glorious.

In a few hours, mom would come home to find Liza hot-gluing the SPECIAL XIBBIT to a piece of cardboard. She would tell her daughter to march outside and pick a switch. She would buckle her red behind into the booster seat and drive to the pawnshop, where the ring would be exchanged for $110 in stained, taped-together bills from a moustached man with sweaty armpits. And Liza would see dozens of other diamonds, just like hers, sitting in a case with poor lighting and no labels and dusty countertops. Forgotten. Ordinary. She would cry for two days, disassemble the museum in two minutes. She would take All About Rocks back to the Bookmobile.

But that was later. Now, Liza traced the crisp edges of her illusion as far as they would go. She closed her eyes and sucked up sunbeams though her skin. The ring’s promises burned against her palm: a swooping velvet rope; dark corridors; glass cases on pedestals. With eyes still shut and the volume of her dreams turned up, she didn’t notice the fool storm’s slow return. Droplets adorned the ripped window screen, sun cutting through them with a brilliance to rival anything in her imagination. Such beauty, when the devil beats his wife.