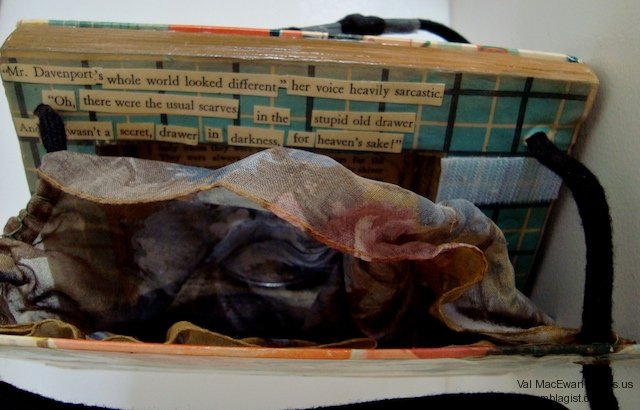 So, there’s a winter storm watch in my area for this weekend…

I imagine adults are having visions of milk and bread runs flowing through their heads, and every child in the immediate area under 18 is praying for a snow day (which we don’t get often). The college professors (we have a branch of a community college in my town, and the main campus is less than 45 minutes away) are thinking “crap, here we go again” because our spring semester starts next week and two years ago we lost a couple of days at the beginning of the semester due to weather. (And yes, it is frustrating to lose days on any academic level, but we do want our students to be safe first. We’re not heartless.)

We make near frantic plans to stock up on needed supplies, whether it be the traditional groceries and other supplies people use on a regular basis, or the more alcoholic variety. We charge up the cell phones and other devices, plan activities to keep the little ones busy, and we check on elderly friends and relatives to see if they might need anything.

Then we hunker down with our blankets and fuzzy socks and coffee and other means of warmth and hope it doesn’t get so bad we end up like that dude from that horror movie about the haunted hotel.

Most people who aren’t from areas where snow is uncommon wonder what the big deal is-it’s only a little snow, right? Well when you aren’t used to it-it IS a big deal. There aren’t a lot of children from my part of the country that are used to making snowmen. We don’t often get to make that rare delicacy known as “snow-cream” (helpful hint-don’t use the first snow), so it’s not only a treat for us, it’s a chance to share a childhood tradition with the younger ones in our families with whom this treat is merely an urban legend. I don’t get the whole bread and milk run thing that Southerners especially seem to get made fun of for on a constant basis during the winter, but I suppose it’s the comfort of knowing you have the most basic elements available to feed yourself and anyone else in your home (should the need arise) that makes us do it. Southerners also often get made fun of for our lack of driving ability in the white stuff, but we look on it as a challenge. We don’t back down from those. Just look at us on any Saturday during college football season.

It can bring out the best in us and the worst in us (example one, thinking of others before yourself or example two, deciding in a beer fueled burst of energy that it would be fun to go do donuts in your cousin’s four-wheel drive on a parking lot covered with ice-bless their hearts).

So, snow (in the forecast and on the ground) does tend to bring out the good, the bad, and the ugly in us, and when you see examples of this, please try to understand.

And if it does snow, well…