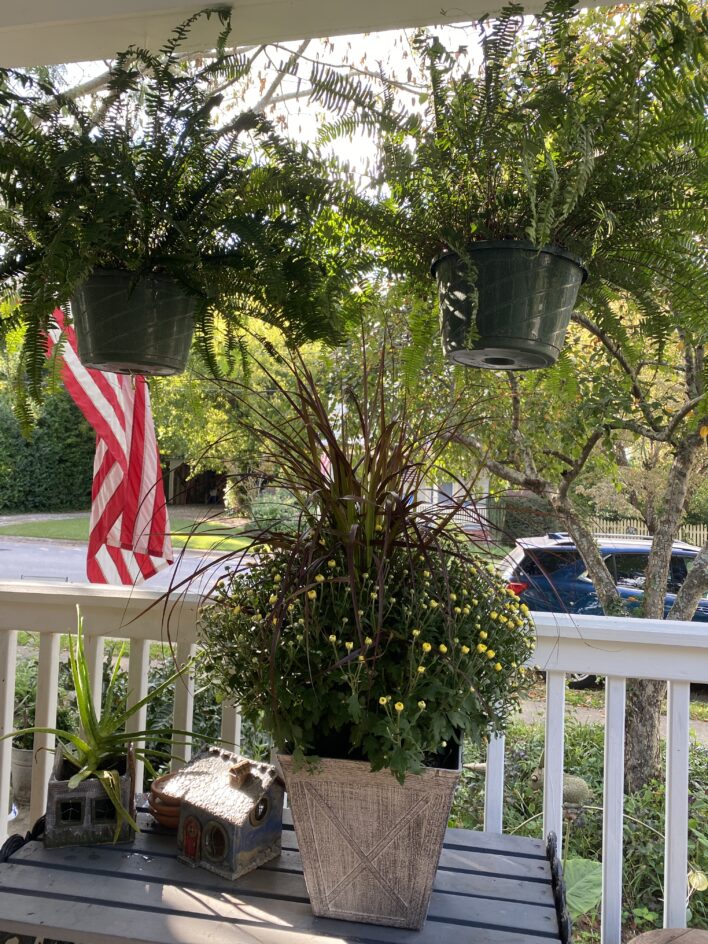 Southern Legitimacy Statement: April M. Hedges bleeds purple and gold. She loves a cold beer when it is 72 and sunny, a crawfish boil, and humor with a little bit of snark.

Althea swirled her coffee in the mug she got the year all of them went to Dollywood, her favorite. “Now who’s son is he? Is that Pickle’s boy? Ronnie’s grandson?”

“That’s the one.” Cecelia replied.

Neither of the women looked the other in the eye.

“And how long since Lizzie took up with him?”

Cecelia sighed, and the dandelions just beyond the porch swayed in response. “Well, when she brought him around last night she said it hadn’t been long, but I don’t know about that. That girl – I love her, but I don’t like her ways.”

Althea nodded. She had granddaughters to say the same about. “She sure don’t need no more trouble. You think she was fooling with him already when he got picked up for the meth?”

“I tried to ask her that, but you know.” Cecelia waved at the air. “She said he went to rehab after that, and it was only a little bit of meth. As if.” She took a sip of her coffee. It was in an LSU mug that was a gift from Althea’s grandson, who apparently thought people drank coffee a whole pot at a time. Ceclia was the only one who ever used it.

“He was the one in that kidnapping too, yeah?”

“Yeah, he was the one they thought got kidnapped. Turned out to all be bullshit.”

“Oh yeah?” Althea looked at Cecelia out of the side of her eye. “How’s that?”

“Aww, it wasn’t even a real kidnapping. Pickle set the whole thing up, hired some workers from his brother’s farm to put a scare into that boy, that’s who snatched him up. They drove him out to the camp and left him. Dumbass Pickle got the whole town running around yelling about Mexicans in vans, being assholes, just because he couldn’t get his boy in line.” Cecelia shook her head in disgust.

“You kidding?” Althea pretended this was new information for her friend’s sake. “I remember they called the school about that, wouldn’t let the kids run the block during PE or have football practice because it had happened so close. Teecy’s boys sure had the red ass.”

A moment of silence passed.

Cecelia sighed. “Only a dumbass would think it would.”

The cicadas kicked up an electric chorus, and the two women mutually respected their performance enough to pause. They rocked, they sipped, they listened until the sound faded away.

“Well, what did her daddy say about him?”

“Not a thing. Went in the kitchen like nothing was even going on.”

“And May-Ann? And you?” Althea asked.

“You can’t tell Lizzie nothing,” Cecelia put her empty coffee cup down on the little table between their rockers. “She’s got an answer for everything, and when she doesn’t she just tells you to mind your business.”

Cecelia got up from the chair and gathered her things. “I can’t be worried about it. It’ll work itself out one way or another. I’m gonna get back now.”

“Yeah, you right. It ain’t like girls in this town have a lot of choices anyway. Let me know if you need anything though. Maybe one of mine can talk to Lizzie.”

Cecelia nodded. “See you tomorrow.” She took her time down the steps, gripping the handrail and putting both feet on each step before going on to the next.

Althea watched as her friend pulled out of the driveway, rocking slowly and ruminating on cicada music and the grandsons of men she had ill-advised affairs with when she was young. This town hadn’t offered a lot to girls when she was one either.