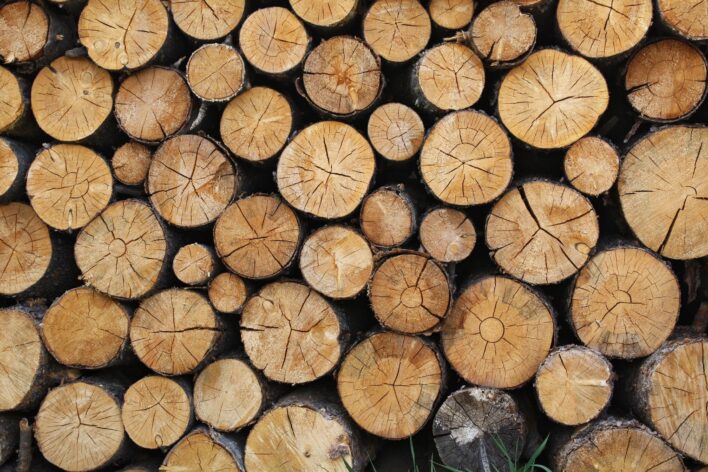 My Southern Legitimacy Statement: I was born and grew up in the pines and blackwater creeks of central Louisiana. In the Army I had the privilege to spend some time in Tennessee and Kentucky, but the only bluegrass band I ever got to see was in a desert in Egypt as part of a USO show for our troops. But it was a great band! I have lived in Texas for the past 18 years.

Seth Colfax was a rich boy, or, described more precisely, he was the son of a wealthy rancher. And to be just as precise, Rodney Slocum’s dad was a poor farmer. These two boys owed their acquaintance to the juxtaposition of their homesteads, sharing a property line on the southern edge of the Colfax ranch and the northern limit of the Slocum place. Besides a common border, the young men shared a common age, each having been born in 1895, south of Austin. Both also loved the same girl, Naomi Cloud. Despite their rivalry over the attentions of Naomi, and the differences related to land holdings and bank accounts, the boys stretched their friendship as far as they could. However, the innocent equality they shared as young boys evaporated as they grew older. By the time Seth went away to study in Chicago, the kids tolerated each other’s company more than they sought it.

After Seth had been in Chicago about a year, it was time for him to return to Texas for a visit. Seth arrived in Austin by train, and Rodney was there to meet him. Seth had left as a caterpillar and doubled back as a butterfly. With a plaid cap, thin vest, and tapered pants, he looked more British than Texan.

“Likewise,” said Rodney. He looked his old friend up and down. “Did you wear those duds for the trip, or is this how you dress in Chicago?”

“Why, this is how all the fellas in college dress,” said Seth, smiling, hands on his little hips, surveying the surroundings like a prince who just crossed the moat back to his own castle. He added, “I suppose I’ll dress like the locals while I’m here. I can dig up my old boots from the shed at the ranch.”

Later, after a homecoming dinner at the Colfax ranch, Seth and Rodney were alone. “Rodney,” said Seth, “we need to discuss some issues.”

“What’s on your mind, partner?”

“We’ve been friends for a long while, Rodney, and I want to be straight with you. I’m set on marrying Naomi and my aim is to make progress on this visit and possibly seal the commitment outright.”

Rodney stood up, looked at Seth with round, vengeful eyes, then began to pace in short strokes and quick spins. Finally, he said, “Well, I haven’t given up on having her either, but somehow we’ll work through this. Her daddy is old fashioned and you’ll need his seal of approval before you can move on to sealing up the prettier package.”

“I plan to visit Mr. Cloud tomorrow afternoon and align his thoughts parallel to my own,” said Seth.

“Now listen up for a minute, Seth,” said Rodney. “There’s a few things about old man Cloud that you should know. Mr. Cloud has great faith in two ideas, the first being that he can judge any man’s character accurately.”

“And what is the second idea,” asked Seth.

“The second notion,” answered Rodney, “is that animals, being spontaneous and unencumbered with human type treachery, are good signposts to read in judging a man’s character.”

“Here’s the maze he’ll lead you through. First off, you’ll walk by the corral and he’ll whistle for that palomino mare. If the mare approaches, you passed the first test. Next, he’ll draw you along to that small herd of goats he takes so much pride in. If that billy goat with the gray beard likes you, then you scored passing on the second test.”

“First a mare, then a goat,” said Seth. “Won’t he ask me about my school grades or my bank balance?”

“Not at first. He won’t care about those extras, unless the simple animals suggests that you are a decent sort of fella. Finally, he’ll have you tagging along near that big cur dog that generally stands guard near the entrance of his property.”

“And if the dog licks my face, then I pass the test?” asked Seth.

The next day, Seth began his visit at the Cloud ranch feeling strong and proud.  He had weighed his advantages and shortcomings in his mind, and could only see the balance tipped clean over in his favor. He had money and land, the two things that any Texan and any father would want for a daughter. Seth also suspected that Rodney’s speech concerning the mare, the goat, and the dog was more likely the setting of a snare than a remedy against one. He’d handle that just as easily. If it was a trick, then by Jupiter he would strap it to a boomerang and let it fly home again! No country rube would outsmart a university man.

“Mr. Cloud,” said Seth, when they were alone on the porch, “I would like to have a few minutes alone with you, sir, to speak about Naomi.”

“Well Seth, we ain’t likely to remain alone here, so let’s take a walk around the place.” The two men, one older and one younger, began their walk and their talk. Seth noticed that Mr. Cloud headed straight for the corral.

“Mr. Cloud,” began Seth, “even when we were just kids, I was always fond of Naomi. In school I helped carry her books, and once I almost saved her from drowning in the creek.”

“I’ve always been thankful for your help that day, son,” said Mr. Cloud.

They stopped at the corral fence and Mr. Cloud whistled softly. The palomino mare made no move. Again he whistled, louder this time. The horse did not acknowledge their presence in any way a human could perceive. Mr. Cloud shook his head sadly, looked at Seth, and shrugged his shoulders. He set course for the large pen where the goats were kept.

Seth didn’t like the outcome of the whistling episode. It was ludicrous, outrageous, to think a man could judge another by the reactions of dumb animals! His prepared speech started to unravel a bit in his head, but he pressed on.

“As you know, Mr. Cloud, I’ve completed my first year at the university and my standing is in the upper third. I realize that Rodney Slocum is mighty interested in your daughter, but I’ll say frankly that my prospects eclipse his, so to speak.”

The goats were milling about when suddenly the old gray bearded brute charged and rammed the nearest fence pole. Seth let out a holler and jumped ten feet back. Mr. Cloud just shook his head and shrugged. They walked up the road.

“What I’m getting to is this, sir,” blurted out Seth. “I think I’m a good match for Naomi and she’s the girl for me.”

“Well son,” said Mr. Cloud, “you’re the fourth one, including your friend Rodney, who have laid out the same claim to me. Of course, Naomi’s opinion will likely settle the matter, but I’ll throw my weight on the side of the man with the best character.”

“Look out there,” yelled Mr. Cloud, as he picked up a long, thick length of branch wood. He used the stick to keep the beast at bay until the two men could safely backtrack in their tracks.

“Confound these judgmental creatures of yours!” yelled Seth. How can a sane man put his stock of faith in the opinions of saddle horses, belligerent billy goats, and rabid dogs! Somehow that Rodney Slocum is behind this sabotage. It’s a set up for sure. That man is no friend of mine, sir, and he’s a scoundrel from the word go. Don’t trust him for a minute, Mr. Cloud. I’m sure you’ll find that he’s stuffed that mare’s ears with handfuls of cotton, sneaked up here earlier to rile that old goat, and likely smeared bacon grease on our boots to set that dog astir. But please don’t let that bandit’s misdeeds direct your opinion of my character.”

A bewildered Mr. Cloud just shook his head sadly. “Son, you were raised around animals, so you should know better than to worry about their goings on. That old mare’s been going deaf for six months now, getting worse all the time. And that devil of a goat has an uncommon hatred for all humans. The cur dog is a menace, but I keep him around because he’s a good guard dog.”

The old man looked at Seth with disappointment. Then he said, “Now, on the subject of character, everyone who knows me also knows I believe in one true benchmark that measures the character of a man. Nothing paints that picture better than seeing a man’s loyalty to his friends.”