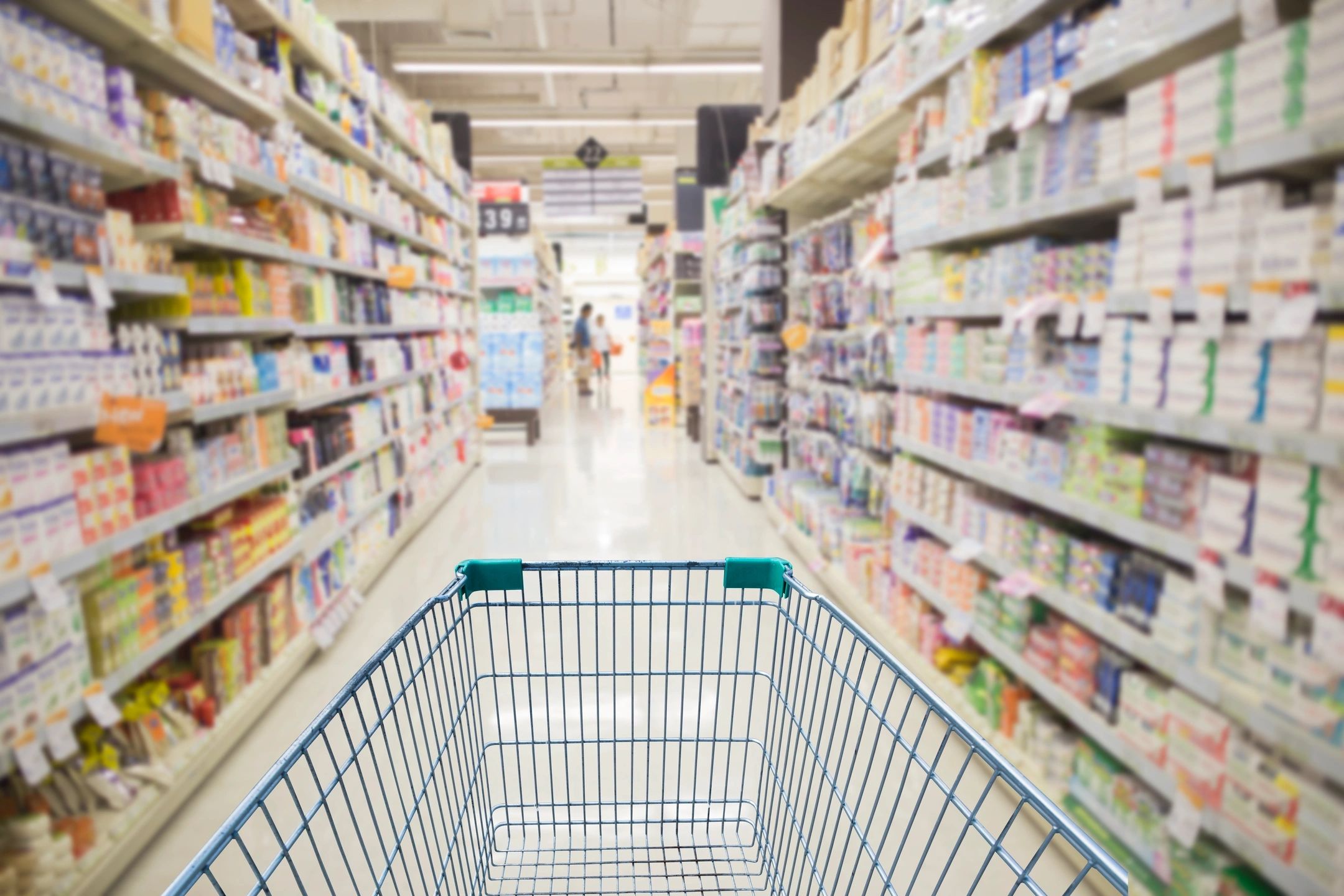 Southern Legitimacy Statement: I grew up watching the BC Powder commercials with the woman clutching her temple and saying: “That sure ain’t helping my headache.” I learned at an early age that one of the proper ways to drink Coca-Cola is from a bottle with salted peanuts dropped in.

The grocery store is not crowded. It is a quiet day of the week and a quiet time of day. The woman stands alone in the bread aisle scanning the shelves for the English muffins she has seen before. The ones without all of that crap in them.

Deborah Harry’s voice drifts down from the loudspeaker. She is singing about pain and glass and her ass.

The woman finds the last package of muffins pushed to the back of the shelf. She has to reach all the way in and pull it out by the end of the gathered plastic, the boutonniere of buy-me, and drops it into her basket. She stands there, staring at the loaves of whole wheat and raisin and pumpernickel and white and rye, listening to the end of the song. The aisle is still empty. No busy shoppers push her aside as they reach for the loaf of Pepperidge Farm or Wonder. No one tells her it is time to move on. No one rushes up to ask why she left the detergent aisle. She stands there, basket hanging from her arm, staring into the shelf, trying to remember the first and last time she heard the song, the nights of pizza joints and strip joints and dark discos and trying to raise bail and walking to the jail in the dark parking lot and keeping names straight and her mouth shut. Nights of black velvet and miniskirts and cheap ballet flats and bad coffee and cigarettes.

Her husband had always complained about going to the grocery store with her.

“You run around too much,” he said. “I can’t find you. You’re there and then you’re gone.”

She couldn’t even remember where Tahiti was. She couldn’t find Tahiti with a gun to her head. She just liked the way it sounded. It was out there in some ocean. The minute she said it, though, she kind of wanted to go.

In sickness and in health, he said in front of the priest, but he hadn’t said anything about produce and frozen food. Until death do us part, but not until the chips and dip.

The next man had a similar problem only different.

“You stand there staring at the soup,” he told her. “In five minutes, it’s still going to be tomato soup.”

She didn’t say anything. She wanted to throw the tomato soup at him. She threw a few dishes, then she left him, too.

She met another man. She didn’t mean to fall in love but she did. A few times they stopped at a grocery store. He never said a word about how she darted around or stood in one place. They walked in together. He went where he wanted to go and got what he wanted. She went where she wanted to go and got what he wanted. They left together. Once they left the store and got into someone else’s car by mistake. They looked at each other at said, “This isn’t our car.” Except it wasn’t their car to begin with. It was just some car he drove. They got out and got into their car and drove away.

Then it was over. Except that nothing had started. There was nothing to end.

She keeps going back to the same store because she can find most of what she wants and because if she keeps going back she will forget she was there with him that one day when he was kind to a stranger for no reason. Out of his way kind. Tracked the man down and helped him out. For no reason. There must have been a reason he did that kind of thing. The less of a stranger she had become, the less kind he had become. Or she was just like that car, something he borrowed, drove around, and returned.

She goes back to that store because she recognizes a few of the people who work there. One day she said hello to a man stocking the shelves. He said hello, then where he was from, how his girlfriend had drug problems and he left her and left that city. They stood in the aisle for 15 or 20 minutes and no one seemed to mind.

She goes back to that store because it is familiar. It is the same chain she went to as a child. Where shopping is a pleasure. She ran up and down the aisles while her mother shopped. She would meet her at the register. Or she went to the magazine section and read the comic books and waited.

There was that one day she dropped a china doll on the sidewalk outside as they walked to the car. The tiny head shattered. The pieces went everywhere. Her father was furious. She cried. She was sorry. It was an accident. That night her father did what he could with Elmer’s glue. In the morning it was almost whole again, just a tiny hole in the back of the head. With the bonnet on, you couldn’t tell.

She goes back to that store so she will forget the afternoon that she backed out and her car and another car backed into each other in the parking lot. There’s a tiny hole in the bumper. She hasn’t decided whether to slap a bumper sticker over the tear or get it fixed.

She doesn’t even notice it any more when she puts her groceries in the back of the car and closes the hatch.