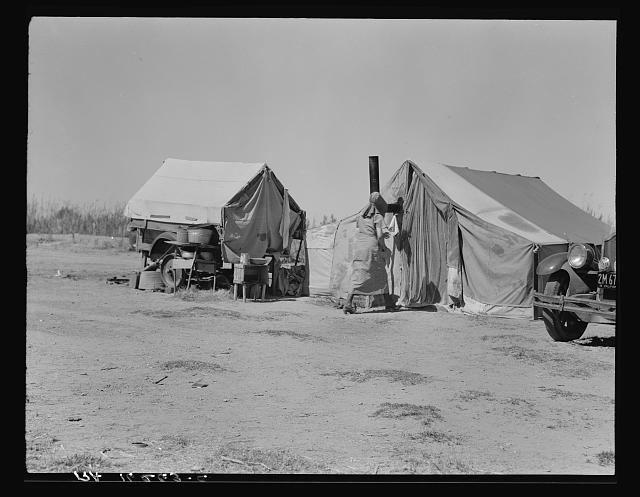 Southern Legitimacy Statement: Since my last Dead Mule submission, I’ve only grown more southern, moving south by 7 degrees of latitude to the Sunshine State, which, incidentally, is where I was born. A North Carolina resident for almost 20 years, I maintain a personal map of all the Bojangles in Florida and plan my travel accordingly. I did my schooling at Duke and NCCU.

Note – this submission includes an embedded submission from my late mother. Bio: Tracy Cameron (July 18, 1968 to February 5, 2017) was an investigative journalist who received awards from the North Carolina Press Association and the North Carolina Historical Society for her work, including a campaign to pardon Tom Dula.

The first time I noticed boobs, I was a second grader passing time after school by observing eighth-graders in the courtyard. With amusement, I noticed that the older girls wore peacock-ish protrusions on their chests and, with relief, I thanked god that I would never have to endure such silly trappings. Some months later, my prejudice was further reinforced when the family van broke down; wilting in the Florida heat, my mother cursed the sweating induced by her bra. Seeing my confusion, she assured me that one day I would understand her pain. Feigning ignorance, I laughed inwardly at her faulty predictions.

My family moved to the North Carolina foothills some time thereafter, just as I turned ten. Within weeks of our arrival, I overhead my mother, an Orlando born and bred “city slicker” (as I soon learned they were called), privately ridiculing one of neighbors for “flopping” around the yard without a bra—“Uncivilized!” she gasped—and I was once again vindicated in my decision not to grow breasts—a decision buttressed by the wild nature that the rural foothills unleashed. 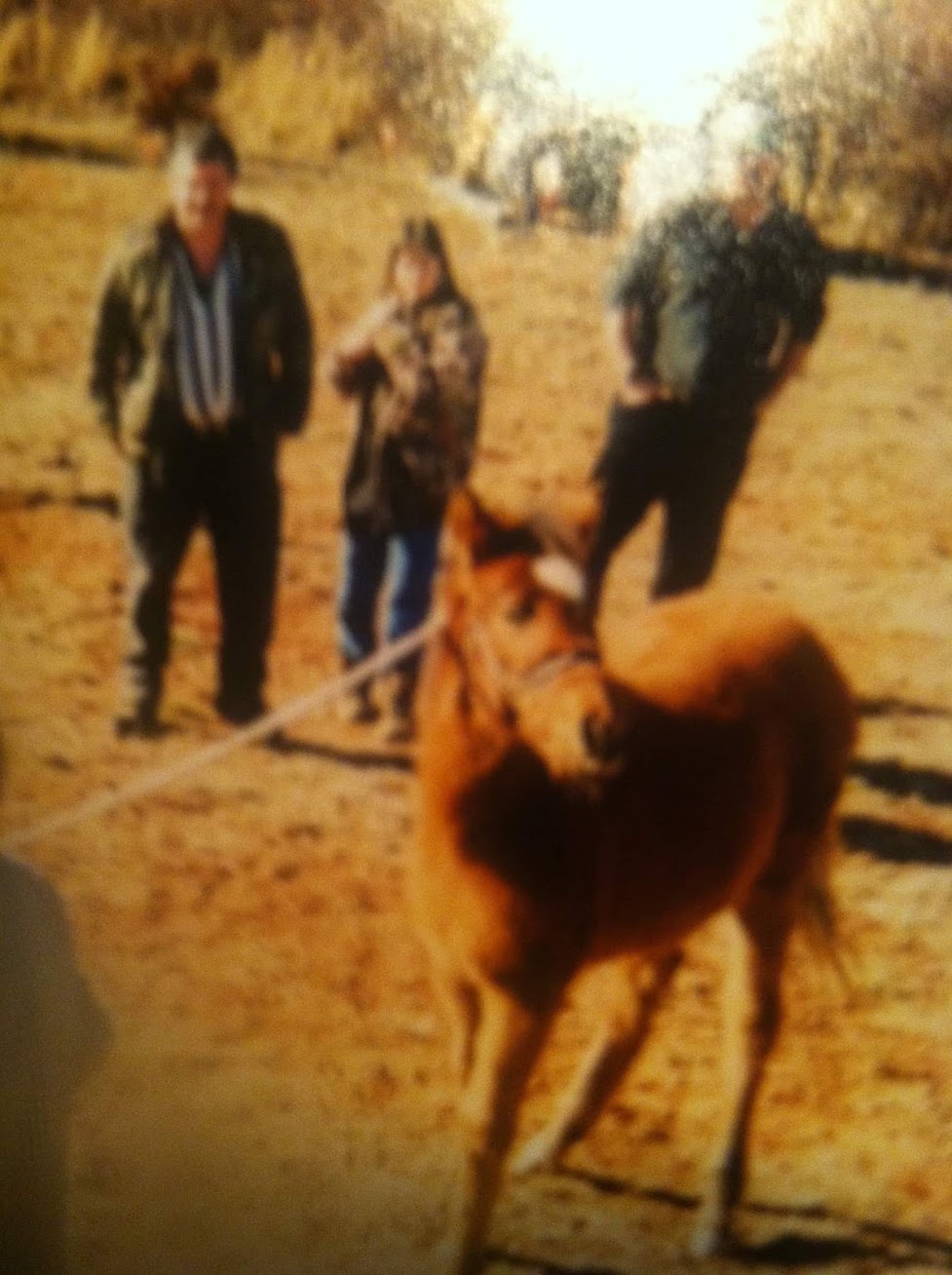 I spent the next two years decked in camouflage as I roamed, largely unsupervised, the vast acres of glorious pine forests stretched across the hills. I gathered salamanders in the creek and mapped out glittering stretches of river—pencil lines on school paper. Without fail, I carried three or four pocketknives on my journeys, occasionally a pellet gun (a Daisy) for the most treacherous voyages into the hollers. Thus, I was a respected captain among the three boys my age who lived on my road. In short, I had everything a “country girl” (as I learned they were called) could hope for, except for that most important thing: a horse.

I decorated my entire room with horses—figurines, curtains, pillows, pictures, even a horse-themed tape dispenser—and absorbed book after book on horse anatomy and training. Inspired by a toy commercial, I taped pictures of horses in my parents’ closets and cabinets as an attempt at subliminal messaging. Yet, their replies echoed: “Expensive, time-consuming, difficult. Plus, you don’t know anything about horses.” Did the expertise I’d gained through hours of reading mean nothing? To add insult to injury, my mother even wrote a poem about my nagging. She called it “Cowboy Boots with Spurs.”

After my birthday resulted in an unfathomable cash haul of some tens of dollars, I decided to take matters into my own hands; I combed the classified ads in the newspapers and, an extreme introvert, found the strength to inquire after some of the listings. “How much for your mare?”

Two hundred dollars, two thousand dollars—it may as well have been a million, and as the year drew on, a horse seemed an impossible dream. Worse yet, my body began to betray me—those dreaded blobs began to sprout from my chest.

At some point, my parents’ own denial of my aging was overtaken by the requirements of polite society; my mother could no longer ignore my brazen impropriety. “You’re a developing young woman,” she said, resorting to the euphemistic and clinical language of sensibility-minded parents. “It’s time to wear a bra.”

“I’m not wearing a poison,” I replied, developing my own political terminology for the toothless undergarment and unwittingly joining ranks with long-ago feminists who had decried the contraptions. “They’re stupid! It’ll crush my chest! I’ll suffocate!”

“Don’t be ridiculous. You don’t have to wear anything fancy, just an undershirt or”—she displayed an unassuming sports bra—“just this. It’s not even a bra, really. Just try it out. Trust me, you’ll feel better if you have support for the girls.”

I was as unmoved by her appeal as I was affronted by the impudence that she’d already purchased one of those things for me. “I’m not wearing a poison! And they’re boobs, not girls!” However, when a week’s passage did nothing to temper my refusal, my mother resorted to parental nuclear force—I was grounded until as such time as I swallowed my poison, so to speak. A prisoner in my own room, I listened for days as the neighborhood children came and went to the refrain, “She’s still grounded.”

“Okay, well if she can come outside, tell her we’re going to the river.”

I could only endure for so long. Weeping, I conceded defeat—but in the end, despite the removal of official restrictions, I withdrew to my room, too humiliated to face my friends while wearing what we had once derisively called “over-the-shoulder-boulder-holders.” I was inconsolable with the knowledge that, per the law of the bra and by proxy womanhood, at least as my young mind understood it, I would soon be trading my hiking boots and pocket knives for makeup and cooking-ware.

“You’re being a baby,” Mom said. “Women wear bras—millions of us. It’s not a big deal.”

“I don’t want to be a woman, then,” I said, fighting the tears so as not to show weakness to the enemy.

“That’s too bad!” She glowered, then sighed. “Look, nothing has to change. You can still play outside; you just need to wear a bra when you do it. It’ll be more enjoyable if you aren’t bouncing all over the place, anyway.”

My father, ready to handle neither puberty nor tears, urged my mother to practice patience and understanding instead of martial law. “Eventually,” he told her with his characteristic diplomacy, “she’ll come around. She just needs some time. Puberty is rough on everyone.” With my father’s arbitration, I was free once more: my mother had won the first battle, but I had clawed my way to victory in the second and now stood even more determined to win the war.

While I rode out my father’s endless tolerance, my mother grew increasingly scandalized, frustrated, and frank. “The boys will stare at your chest!” she warned. “Is that what you want—to be one of those girls?” But not even this accusatory reasoning could persuade me; the boys’ issues belonged to the boys—not to me. The mother-daughter battles continued to rage. “She just needs more time,” my father pleaded.

At last, my grandmother, who had grown up picking cotton in Arkansas and perhaps better understood my position than did my city-born mother, intervened with a more practical angle on negotiating. She took just the two of us on a drive through the countryside, ensuring that we could discuss the matter in private. “Look, let’s skip the small talk. I don’t care how you feel about bras, but,” she said, her tone businesslike, “if you’ll wear one, then I have it on good word that you’ll get a horse for Christmas—but don’t tell your parents I said that!”

I suppose that even the most principled twelve-year-old can fall to the right bribe. I acted cool, reassured her I’d give the offer full consideration, knowing all the while—my mind flush with images of gliding elflike through the forests by horse—that she had fired the only missile that could sink my resolve. We finalized our treaty before we made it back home.

My parents were shocked by my sudden compliance but didn’t question a good thing. With a month or two until Christmas, I endured the mechanical praise that various relatives handed out as well-intentioned but transparent and awkward attempts at positive reinforcement—“Wow, you look good today!” or “I bet it’s nice to have some support when you’re hiking!”—and I exchanged winks with my grandma at their insolence. Only the promise of the horse kept me going.

After the passing of an eternity, Christmas morning came. As the first rays of sunlight revealed the yard, I woke the family and hurried outside.

“What are you doing?” Dad asked.

“Outside? But they’re all under the tree.”

As I eliminated one-by-one all of the places to hide a horse—the front yard, the back yard, the side yard, the presents under the tree, all yielding nothing—it became clear that my grandma had drawn our treaty in bad faith: I’d been played. I made little attempt to hide my fury and disappointment.

“What’s wrong? Don’t you like your presents?” Dad asked.

“You’re being ungrateful,” Mom scolded. “You’re lucky you got anything, with an attitude like that.”

“It’s…just…” I couldn’t hide it any more. “I really thought I was going to get a horse!”

Dad chuckled. “Why on earth would you think that?”

“I…I saw a halter in the laundry closet,” I said, truthfully—but still unwilling to hand out my sources.

“Oh, that’s a gift for John. You know he has horses,” Dad said, smiling.

“What about the horse bucket?!”

“I can’t believe it!” I despaired, the sting of my grandmother’s double-crossing compounded by the loss of a horse that had become very real to me over the weeks. Water brimmed in my eyes—to hell with loyalty!—and I broke. “Mema told me!”

My parents laughed, and right on cue, I heard the sound of the gravel crackling under the weight of tires. Surprised at a guest so early on Christmas, I raced to the window—and saw curving down our long driveway a truck pulling a small black horse trailer.

“A horse!!!” I screamed—or so I imagine. They say that a natural hormonal rush after childbirth renders a mother unable to remember the pain; similarly, a child’s unadulterated joy has cleansed my brain of specifics so that only light remains (better to blame that than time). But somehow, I made it to that horse trailer, and here my memory returns; how could I forget the friendly fuzzy muzzle, all fluffy in winter coat, that greeted my hand? Her name was Star, a glorious red Appaloosa named for the white diamond on her forehead, and like me, she was a filly growing into her own; we would learn a lot together over the years.

The boys showed up a few days later to invite me to play. Would we build a fort? Scout out a new area in the woods? Climb trees? I had a better idea.

“Look, you’re wearing a bra!” They snickered, their vision sharp and cruel and honest the way only a young boy’s vision can be, as a poorly-fitting strap slid down my shoulder. “An over-the-boulder-shoulder-holder!”

“So what?” I said, stepping outside. “Wanna meet my horse?”

“Mom,” my daughter whispered,
“I want cowboy boots with spurs.”
It seemed an odd request,
Another crazy want of hers.

I named off all of the excuses—
“We don’t even own a horse!”
But a child’s wisdom is such that things
Need not make sense, of course.

A moment, the young one pondered,
Then in that voice so soft of hers:
“Perhaps today too many grown-ups worry,
Instead of wearing cowboy boots with spurs.”