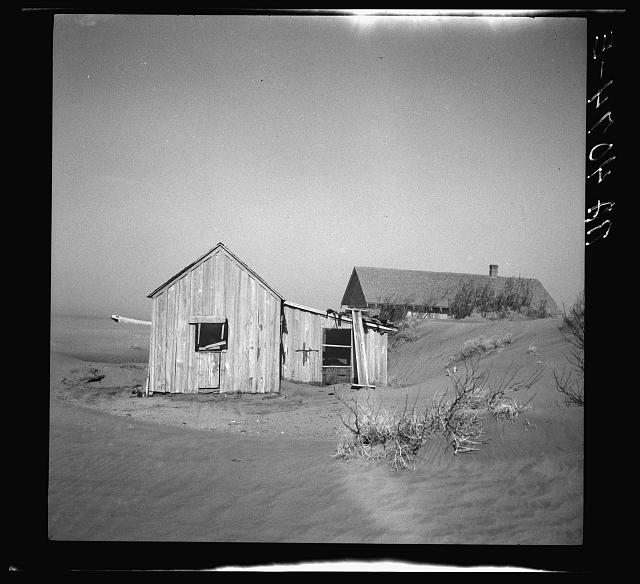 Southern Legitimacy Statement: We moved from West Virginia to South Carolina in 1952. The other kids were surprised I wore shoes and I was equally surprised that they did not. My step-father moved us to Aiken when he took a job at the Savannah River Plant, which was nicknamed “the bum (bomb) plant.” They manufactured plutonium there. Years later I would handle that stuff as a lab tech in the early 60s. I glow in the dark sometimes now, but that could also be from when I was a hippie mail man in San Francisco in the later 60s. Which is where my story picks up.

Out there, I would have never found an apartment in the back of a house with a shrub-shrouded pathway to the side porch, at a cost of only one of those unemployment checks per month.  And like many drop-outs and college students and hippies of the time, I supplement my income by selling the occasional lid of weed for twenty bucks.

So that is why I am smiling broadly when I hear the roar of Jay’s Harley at the front of the house. Also known by his biker buds as Yellow Dog, he has phoned earlier to see if I needed anything.  What I do not need is to see his crazy ass pushing bushes aside from the path with the two brown grocery sacks full of weed. And the shifting bags reveal a pair of pistols shoved casually into his waistband.

He motions for me to take the joint that is burning his bleached mustache and draping his beard with ash. I take it, pinch the half-inch doobie for a quick hit, and screek open the screen door wide so he and the grocery bags can make it in.

The bags onto the couch, the smoldering doobie to his lips one last time for a deep hissing hit, and he plops the roach into his gullet with a quick gulp. Getting rid of the evidence. Except for guns and grocery bags.

He tugs the pistols from his pants and tosses them to a chair, as I shake my head in good-natured disbelief. Maybe he likes to pretend he is back in Vietnam sometimes. I step into the closet where I keep the stereo set-up and put on some Richard and Mimi Farina.

As I step out he is already firing up another roach he found in my ashtray. He Bogarts it momentarily as he sits on the couch,  and scootches himself between the grocery bags of weed. He passes the roach to me fingertip to fingertip in the old viper style, then picks up a grocery sack of weed and grabs a handful of buds, sniffing them appreciatively.“Now what was that you said you was looking for?”

There is a fairly stoned interval before he realizes he has several other places to be and struggles to his feet to gather his goodies. He leaves with his grocery bags a guestimated pound lighter. The music has stopped, and I think about turning the record over, but I have a good buzz and it is close to my naptime anyway. I close the door and click the lock as I hear the roar of his Harley cranking up. I barely hear the roar of his taking off as I flop onto the couch that his guns and ganja had so recently occupied, and I conk out.

The knock knock  knock on the door jolts me awake and I pause to see if it is going to come crashing open. The paranoia never goes away, even with the small time stuff I do. It doesn’t help being half-stoned and half-asleep in the early afternoon.  Having  a pound of weed in the stereo closet. Twenty years worth.

After an interval, one more time. Knock, knock. By the third knock I am standing by the door, trying to decide if I can flush a pound of weed before they can kick in my door and reach my bathroom. Breathing deeply, I reach to tug slightly on the old-timey white window shade, that if you touch it wrong will go wrapping around the roller it is on swoosh flap swoosh flap bang.

Tugging again, carefully, up about two inches, I lean over.  A belly in a white shirt and tie. Up two more inches. A topcoat.  A cop?

He leans over to look in through the opening I am peeping out of. The eyes. The smile. The witch-like mole on the side of his nose.  “Are you in there, son. It’s me! It’s your old daddy. Walter Bailes.”

I click open the lock and swing the door wide open, and Walter screeks  the screen door fully open, but stands waiting country-polite to be invited in. I am scratching my head as my father smiles widely , wondering how long it has been since I have seen this man.

“Hello, Daddy. Come on in. Long time no see.”  An understatement at best.

We are bear-hugging when I notice the other man over his shoulder, still standing back on the steps a bit. The man who, if I’d seen him first under that window shade, I wouldn’t have answered the door. Dour? Scared? Maybe just shy?

He probably feels the same way about my full beard and bushy head of hair and Dylan work shirt and hippie beads, as I do about his crew cut and worn black suit and thin black tie.  It takes  a nod from Walter, and then another, to convince him to enter the apartment at last. That this man Leon is my dad’s friend, and driving him to Florida for a big revival gig, is enough introduction to ease my judgmental ways.  That I am my dad’s son, and a writer, and a college graduate, doesn’t ease his mind at all.

Dad and I play catch up, such as we can. Leon lurks. Won’t have a seat. “We cain’t stay too long,” he reminds Walter. Usually that was dad’s line, after five or ten minutes of a visit.  So I am surprised when Walter, unaware of Leon’s discomfort, smiles Leon’s direction and announces, “A few minutes more. Then we’ll get the book and go.”

Leon’s discomfort increases visibly as the screen door opens and my sometimes roomie Mano comes bounding into the now crowded living room.  Mano is grinning broadly, but he usually is. “Something told me you had some company.”The grin only grows  wider when I  introduce my father.  “Wow. Dale plays me your music. It’s a delight to meet you.”

Walter is settling comfortably into the situation and the flattery, but Leon is edging as far away as he can from us and from Mano, who waits expectantly to be introduced  before he shrugs his shoulders and casts a quick glance towards the closet. He smiles my way and I take in his full essence. A Greek beauty, more hair and beard than me, a half a foot taller – he could be a mercenary, or a pirate. He chooses to be a pussycat. He dropped out of a Psych PhD program because he didn’t like labtesting on animals.

Leon doesn’t know this, or care to know it. He is edging away until he bumps into the space heater and has to stop. Gives Walter an almost pleading look.  Walter stands up, shakes hands with Mano, holds hands long enough and maybe moves slightly enough to be between Mano and the path Leon needs to edge his way on to the front door. Leon  manages to slither through the screen door and it doesn’t make a sound as he pauses on the porch to start breathing again. Suddenly exclaims, “Thank you Jesus!”  Breathes deeply one more time and murmurs to Walter, “See you at the bus.”

“Son, we do need to hit the highway.”

“Mano, it is nice to meet one of my son’s good friends. God bless you and keep you safe in Jesus.” Mano may be a little stunned, but he is  also polite. And quick.“Same to you, sir. Reverend Bailes.”

“Dale, I have something for you on the bus.”

I look at Mano to see if he is coming along, but he smiles and glances toward the closet door and waves us on our way.

There is a sound not unlike Yellow Dog’s Harley revving up as we push our way down the bush-hidden path. “Watch that low limb up ahead, Daddy.” He waves okay, and a few steps later we are curbside.  Where the Harley had been parked a few hours ago, and where now a forty foot bus, painted with Old Glory wrapping around it, purrs awaiting my father.  With big letters down half its side proclaiming:

I can’t resist my smartass ways any longer. “This preaching business must be doing alright, daddy.”

He doesn’t rise to the bait. “My preaching isn’t a business, son. It’s a calling.”

He pauses to let that register. Maybe hoping to be closer, or to be understood. “Besides, my station wagon broke down in North Carolina. I have a fan there, who was at the revival, and happens to own a big vehicle business. Leon’s brother.”

I am ready to let my simmering anger go. “So this is a loaner?”

His smile eases the tension and we hug again . As if on cue, the door pisssshes open, Walter steps in reaching towards the console, and turns with a book in his hand. “This is a History of Country and Gospel Music.  Your old daddy is in it.”

Leon is back in his element and leans from the driver’s seat to say goodbye.‘” ‘Dust on the Bible.’ Your daddy wrote a famous song. It is in this here book.”

I am proud to have the book and I am proud he is my daddy and I tell them both so. Walter pulls himself to the first passenger seat, sits and leans forward. I lean to meet his glance, just like he did mine at the door earlier. “I’ll be praying for you son.” The door clumps shut.

I hold the book close to my heart.  Smile. Open it to the index: Bailes, Walter. So I can show Mano. I wonder how long it might be before another instant visit with my daddy. A year? Ten? Whatever it is, I can probably use all of that praying.