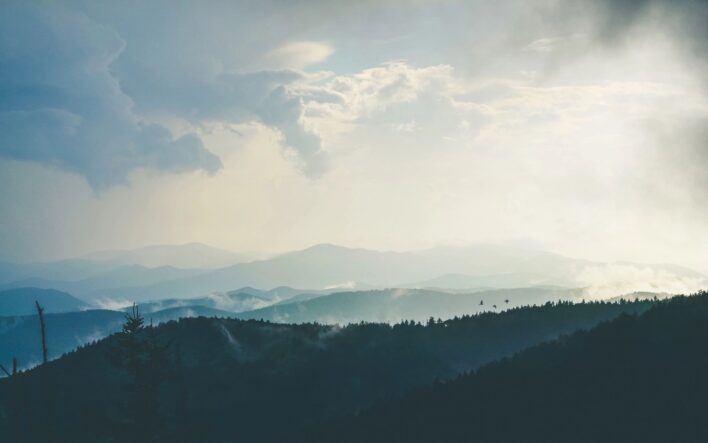 My Southern Legitimacy Statement is as follows: I was born and raised in Hattiesburg, Mississippi, and I received my bachelor’s and master’s degrees from William Carey University. Right now, though, I am a school administrator in Bangkok, Thailand and have been in English education for 20 years. I write as a hobby, and I enjoy pieces with a Southern flavor, though I have been known to dabble in the mysterious.

“Now, I know I seen you before, but by golly I can’t recall ya name. I’m Mary Grace. I’m an account manager.” Mary Grace waddled over to her roommate while speaking.

“Hi. I’m Sophia. Nice to meet you,” she said, extending her hand.

Mary Grace, warm and round, extended her arms and engulfed Sophia in a suffocating hug. “I’m a hugger,” her light breath confessed. “So good t’meet ya. This’ll be my last retreat ‘cause I retire end’a June, so I’m lookin for’d to some fun fun fun! Let’s go see what kind’a snacks they got.”

On the first night of the retreat, employees sat in groups of ten at large round tables covered in white cloths and gleaming silverware; swan shaped napkins adorned the plates, and the conglomeration of smells wafted from the buffet to greet and entice attendees.

Mary Grace and Sophia, seated at table three, smiled their hellos again; Sophia, only ten days new to the company, sat next to Mary Grace, now a welcomed, friendly face. Mary Grace entertained the table’s residents until the show began. Talents exploded onstage as some team members sang, some danced, some lip synced, and one performed a stunning interpretative dance.

“I’m fuller’n a tick on a hound dog,” Mary Grace announced. The squint from Sophia went unnoticed, and Mary Grace continued. “Tonight they’re gonna hand out awards. I’m set to get one for retirin and years’a service. Who knew they’d give me an award for leavin!” The table found this amusing. “I don’t like gettin up in front’a people. I’m as nervous as a long-tail cat in a room full’o rockin chairs. I can’t stand all those eyes on me. I hope they don’t get me to say nothin’.” Sophia smiled a reassuring smile and nodded, thinking.

When Leslie Day sauntered on stage to receive her award for ten years of service, Sophia heard some snide remarks from her table.

“I can’t believe they’re giving her an award.”

“She once put my holidays in as leave without pay, and it took forever and a day to get it sorted out.”

“That’s nothing. She put my job up on the job board, and I heard she actually interviewed a couple of people till she was corrected—by me—that the job was, in fact, not vacant.”

“I can top all y’all. One time she deleted me from company records. It took me six weeks to get paid again. She said it wasn’t her, then that it was an accident, but I know she was just doing it for spite.”

“Oh crap, she just gave us a look, like she knows we’re gossiping.”

“Well, if we’re all fired tomorrow, it was nice working with you!”

Sophia joined. “Why doesn’t someone report her? What she’s doing isn’t legal or ethical.”

Astonished looks greeted her opinion. Mary Grace chimed in with a low voice, “Maybe Leslie’s just stupid—can’t report that. Bless’er heart.” At this, the table erupted in laughter and nods of agreement. After wiping the tears from their eyes, the table noticed a murmur around them. Leslie Day had walked off stage and near their table; to them, it seemed out of her way, and she prowled like a tiger with eyes fixed on the table.

Sophia mouthed the word “hornet,” then said, “Well, I for one won’t let her bully people around. How can you just sit around and let her treat you like this? I’m going to talk to her now. This ends now.” And, with wide-eyed determination, she flung her napkin on the table and began to rise.

“What? No. No, I really have no idea what you mean.” Sophia’s voice escalated.

“I’m sorry, I’ll just be honest, but talking to you gives me a headache. I have to translate your words into normal language and then try to figure out what you’re trying to say. It’s taxing. Do you understand?”

“Does a cat have climbing gear?”

“Jeez, Louise,” and before Mary Grace could finish her thought, the announcer called her name to receive her award. “I’ll be back in a jiffy,” she promised as she scooted herself out of her chair.

Mary Grace’s romp on stage was brief, and after a picture with the president, she wobbled off the stage and back to her seat at table three. “Where’s that little motor-mouth? Don’t tell me she’s done gone an’ given The Witch a piece’a her mind.”

“Nope, she high-tailed it outta here. Wonder what’s wrong with her anyways.”

Mary Grace, full of knowledge and wisdom, whispered, “She ain’t from around here.”