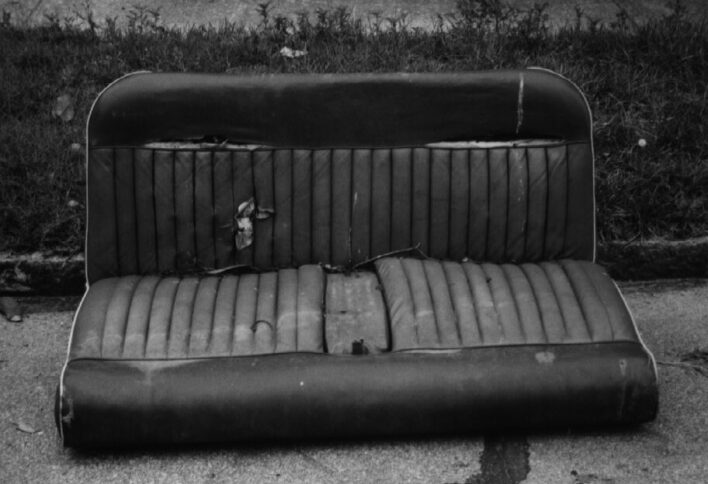 And here is my Southern Legitimacy Statement: I was born in Jackson, TN, and grew up in Johnson City, TN, living there from the time I was two until I was twenty-four. I’ve lived in Mississippi and Georgia, but most of my adult life has been in or around Chattanooga, TN. I lived in Tacoma, Washington, for one year, and my contribution to a pot luck Christmas party was sweet tea. Only one person tried it, but he really liked it.

I Was So White

I grew up outside a small city that had one radio station that any of us would listen to.  Given that it was Northeast Tennessee in the 1970s and 80s, there were plenty of country music stations, but only one that played rock n’roll.

Actually, it was pop for most of my childhood.  Before I was a teenager, there was one AM station—WETB—and they played about what you would expect for that time period:  Billy Joel, Elton John, Hall and Oates, the Doobie Brothers, the Bee Gees, Olivia Newton-John, and ABBA.  By the time we got to WQUT—the FM station that came along with puberty—we got to Blondie, Peter Gabriel, Duran Duran, Pat Benatar, the Police, Def Leppard, and Lynyrd Skynyrd (it was Tennessee, after all).

I at least had my older brother and sister to broaden out my musical tastes, my sister providing me with the Bay City Rollers and Queen, my brother (and, later, my sister) with KISS.  I couldn’t even get a real heavy metal band; it had to be kitsch metal.

The only non-white music I can recall were people like Michael Jackson, Lionel Richie, Prince, and New Edition (the boy band of my era).  Otherwise, my listening was as white bread as it came.

Such limited exposure to any kind of culture was the norm in our city.  We only had one movie theater when I was younger, and it only had two screens.  Thus, when the blockbuster movie began—Star Wars or Jaws—it’s not like we were rotating in any other movies.  As with the radio, we finally got a four-screen theater as I approached my teenage years, and we didn’t get what was at one time called a multiplex until I was at least in high school, but I believe it was after I started college.

Thus, when the Macks moved to our neighborhood, something began to change in my life, musically- and culturally-speaking.  They were the only black family in our neighborhood and, essentially, our school.  There might have been one other black child a few years above or below me, but clearly he or she didn’t make any impact on my life.

I didn’t play much with Delmar, as he was a couple of years older than me, and he didn’t mingle with those of us in the neighborhood as much as his sisters did.  He did ride the bus to school with us, though, and that’s what mattered.

This was the 1980s, the age of the boombox, and Delmar had one he carried to school in a gym bag.  I’m not sure if he carried it from one class to another or simply kept it in his locker, but I always saw it on the way to school.  Delmar also had tapes of music I had never heard before.

I vaguely recall his saying that he had friends in New York who would send him tapes of DJs (this was before rapper or MC became well-known enough to make its way to East Tennessee), but I could be making that part up.  For all I know, they could have been made by his friends who actually lived in the city proper or by groups that were beginning to become more popular (Grandmaster Flash and the Furious Five, The Sugarhill Gang, or Kurtis Blow, to name a few); I wouldn’t have known any better, given my lack of knowledge.

We would beg the bus driver to turn off the radio he usually kept playing and ask Delmar to turn his music up, so we all could hear it.  He played that early 80s rap, heavy on end rhyme and backbeat and scratching, and I fell in love with it.  I felt like I could listen to his tapes for days and days and never get tired of what I was hearing.

Oddly enough, I never asked him for band names or even to borrow the tapes to see if I could make a copy.  I didn’t know him well enough to do that.  I simply knew that this music was different than anything I had ever heard, and I looked forward to any school morning when hearing it was a possibility.

Rap was slowly making its way into the wider consciousness, partly through movies and partly through watered-down versions of the good stuff.  While we had movies like Krush Groove, with Kurtis Blow and Run-DMC (though also the Fat Boys and Sheila E., the latter of which had nothing to do with rap), we also had movies like Breakin’ (and, of course, Breakin’ 2: Electric Boogaloo), which were more about break dancing than the music, but both representations (the dancing and the music) were nothing like what was really happening on the streets of New York.

None of us saw Wild Style, a movie with almost no plot and that focused more on the graffiti artists of the time, but also included musicians, such as Grandmaster Flash and Grand Mixer DXT, the latter of which is often regarded as the first person to use a turntable as a musical instrument in and of itself.

Grand Mixer DXT also helped popularize scratching in general when he later appeared on Herbie Hancock’s “Rockit,” one of the first popular songs to feature scratching outside of rap (honestly, I’m not sure what to call “Rockit,” as it’s definitely not jazz, either; perhaps it simply presaged hip-hop’s ability to draw from a wide variety of influences to create something new).

I have no idea how I found that song, as I don’t remember our radio station ever playing it, but I had it on a tape that I almost wore out as I walked around the neighborhood with my Walkman.

If there were inroads into music like “Rockit,” there were also songs like Midnight Star’s “Freak-A-Zoid,” which our eighth grade class played over and over again.  Oddly enough, like Hancock, Midnight Star wasn’t a rap group, nor were they trying to be with “Freak-A-Zoid”; they were an R&B group that explored the use of electronic music in the 1980s, much like every other band.

In fact, “No Parking (On the Dance Floor)” was the title track from the album that contained “Freak-A-Zoid,” and it was clearly designed to be the breakout hit for people to dance to, though “Freak-A-Zoid” did better on the charts, mainly because of kids like me and my friends who treated it as rap, given that we didn’t know any better.

Until that point, our only exposure to rap was through combinations with white artists.  Even our radio station played Blondie’s “Rapture,” which ends with what can loosely be called a rap by Debbie Harry.  However, it wasn’t until Run-DMC teamed up with Aerosmith to record “Walk This Way” that we had real exposure to a rap group.

When I was growing up, I thought it was Aerosmith helping Run-DMC out by giving them a wider exposure, as I knew Aerosmith from my older brother and sister, but also from—and this is sad to admit—their role in Sgt. Pepper’s Lonely Hearts Club Band, a movie starring Peter Frampton and the Bee Gees, using music from the Beatles album.  If you’ve never seen the movie (and, oh, you should), Aerosmith plays the lackeys of the bad guy in the film, as they hope to turn Strawberry Fields (yes, that’s her name) to their evil side.  It wasn’t until later that I learned Aerosmith had been on a downturn since the 1970s, and Run-DMC actually helped revive their career, as Run-DMC was becoming more and more popular through the 1980s.

All of this interest in rap as I was growing up might lead one to conclude that I, like many white kids in the 1980s, really wanted to be black.  Or at least have the trappings of blackness that were becoming more popular.  We wanted to be Magic, nor Larry, and Jordan was on the horizon.  But I never had any desire to be black, nor did I take on any of the trappings, really.  I wasn’t one of those kids who wore parachute pants or Adidas and took up break dancing or tried to rap or DJ.  I was just a white teenager who liked rap music as much as other kinds of music I was listening to.

That synthesis did show up in my clothing, actually, as my one nod to any influence was that I began wearing hoodies, as Run-DMC often did.  However, I wore them underneath a jean jacket with the sleeves cut off, which is much more of a heavy metal look than rap.  My jeans had holes in them, but it was the 1980s; everybody’s jeans had holes in them.  I ended my high school career wearing Chuck Taylor’s, which were not as popular then as now.  I had a friend who was into punk, which I tried to get into, but struggled with.  I at least liked the shoes, especially when we would write on them—nothing like small town white kids putting the anarchy symbol on anything.

Rap was simply the primary way my world began to expand as I became a teenager, then went off to college.  It showed me that there was a world beyond Northeast Tennessee, even beyond the theme parks and beach towns we visited for vacations.  The only way I saw New York was through the rap that was coming out of it at the time, then later in the movies that used that music.  I know that’s only one lens for the wider world, but it was a lens I needed to have at the time.  It reminded me that not everyone in the world looked like me, sounded like me, or listened to music I liked.

As rap moved on into gangsta rap with groups like N.W.A., I lost interest.  Perhaps I wanted a sanitized view of that world; perhaps I didn’t really want to see other people’s realities; perhaps I wanted to view everyone as the same.  It took me years to appreciate the later forms of rap, even though I don’t care to listen to it.  I can at least now understand the frustration that was behind so much of that change in tone and style, though I, in my still largely white bread world, can only understand it on an intellectual level, not a truly lived level.  Without that first exposure from Delmar, though, I wouldn’t ever have gotten to this place.

There were a number of politicians and self-appointed morality police who argued that rap incited violence, especially with the move in the late 1980s and early 1990s.  For me, though, it showed that there was a world I simply couldn’t understand.  I didn’t live where there were shootings or where I worried about what the police would do when they drove through my neighborhood.  Thirty years later, I can see what I was missing and what rap was trying to tell me.