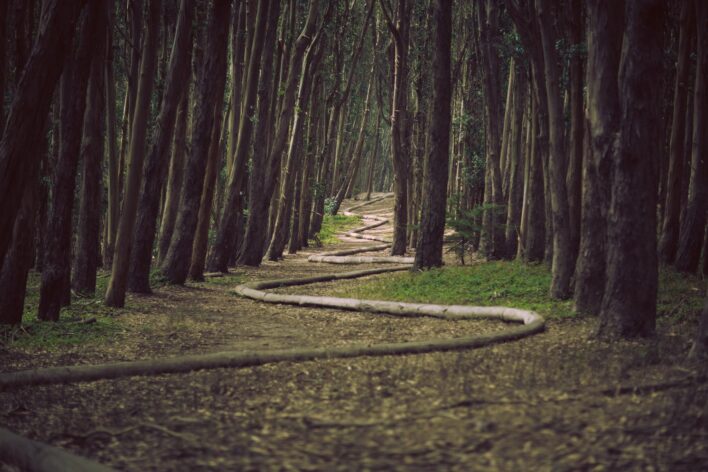 Southern Legitimacy Statement: I was born, reared, and educated in South Louisiana, the sixth generation of my family in the New Orleans area. When I was really little, my family used to watch Hee-Haw every weekend, and somehow I learned to sing like those heart-in-her-throat gals. I want to be Patty Griffin in my next life. Now there’s a poet worth her salt, by the truckful. Someday maybe I’ll burn it down like she does. Meantime, I keep running ink out of pens.

From When I Wrote As a Woman: Three Poems

I imagine,
endure,
the precipice moment
when I will after all invite you
into what I made yours
the day you accused me
of belonging to no one.

You’re throwing half of it away, she said.

I skinned it, sliced it, gutted the seeds.
The percussion of the blade split the naked
empty boats into crescents of lucent flesh.

Why do you throw so much away, she said.
I taught you better.

She would score them with the tines of a fork,
slice them into stained-glass rounds,
salt icy water, submerge them
while she set the table with her snowy linen,
her bony china, her sharp silver,
drain them, crisp them in the cold
while she turned bread into diamonds,
hearts, clubs, and spades with her shaped blades.

As ladies arrived in the living room,
I’d steal her heart-shaped crusts and unused
ends of cucumbers, allowing
myself one perfect slice for me,
hold it to light to see the seed mosaic,
place it on my tongue, a secular communion
to bite into, something to chew.

All those afternoons while bread and cucumbers
stoked their gaming and their gossip,
the shuttling hum of voices keeping score,
sherry glasses ringing random intervals
of chiming agreement,
I played Go Fish with the maid,
waiting for the brownies to be left over.

Mother’s voice would solo “I’m dummy this hand,”
and the bridge ladies’ hum would wax and wane,
dopple with the swing of the kitchen door.
Every orbit my mother made between those worlds
brought her back to me a little further out of reach.

When someone spilled her Dubonnet
on white cloth or lipsticked napkins,
Mother’s silent hand would snatch salt from the counter
quicker than the swinging door could rotoscope a glimpse of her.
Never mind. I didn’t need to see her salt
curing stains and seeds, or hear her explain
the science of homemaking and keeping snow
white.

One day I fell, as little girls do,
stood at the swinging door between worlds,
held a hand tight against my swelling lips,
cursed the blood to hold its silence,
not bring its tide to her table,
stain the snow,
invoke the spell of salt.

Didn’t I show you how to soak the…

I spoke.
I cut out all the bitterness, Mamma.
Take, and eat.

I pray for you, novenas nine at nightfall,
matins in the morning, rosaries all day.
Counting mysteries on small skull beads
cannot save you from living on apples
and whitefish, sucking on sausages wrapped
in the guts of slaughtered lambs.

Sweet harlot, I would dress you in any velvet
you would wear, some heavy satin, brocaded
with gilt enough to stop the rays of mother-hating men
who eat you like a peach sliced into pieces
split along the furred cleft,
licking juice as you disappear.

Sober queen of cups, you pine for the wine
he used to serve in golden goblets.
Beached now, your throne’s atilt. Your hem
rots in the brine, a neap tide that will not quench your thirst.

Saint, harlot, queen,
I stand on mounds of oyster shells,
pearl-sided and razor-edged,
bow drawn on men who bruise
and feather you. I stand where you can see me,
wait for age to wither you, poised to catch
you, dolly, when you are tossed aside,
but you do not age.
The miracle of peaches renews you,
thin and young.

I rest my temple against the cool spruce of my bow,
hear the gut string hum soprano,
sympathetic to your sound.
I listen for the change into the alto range
of the voice of a woman
who will leave brine and adoration behind.
I keep my arrow sighted on the first fool.