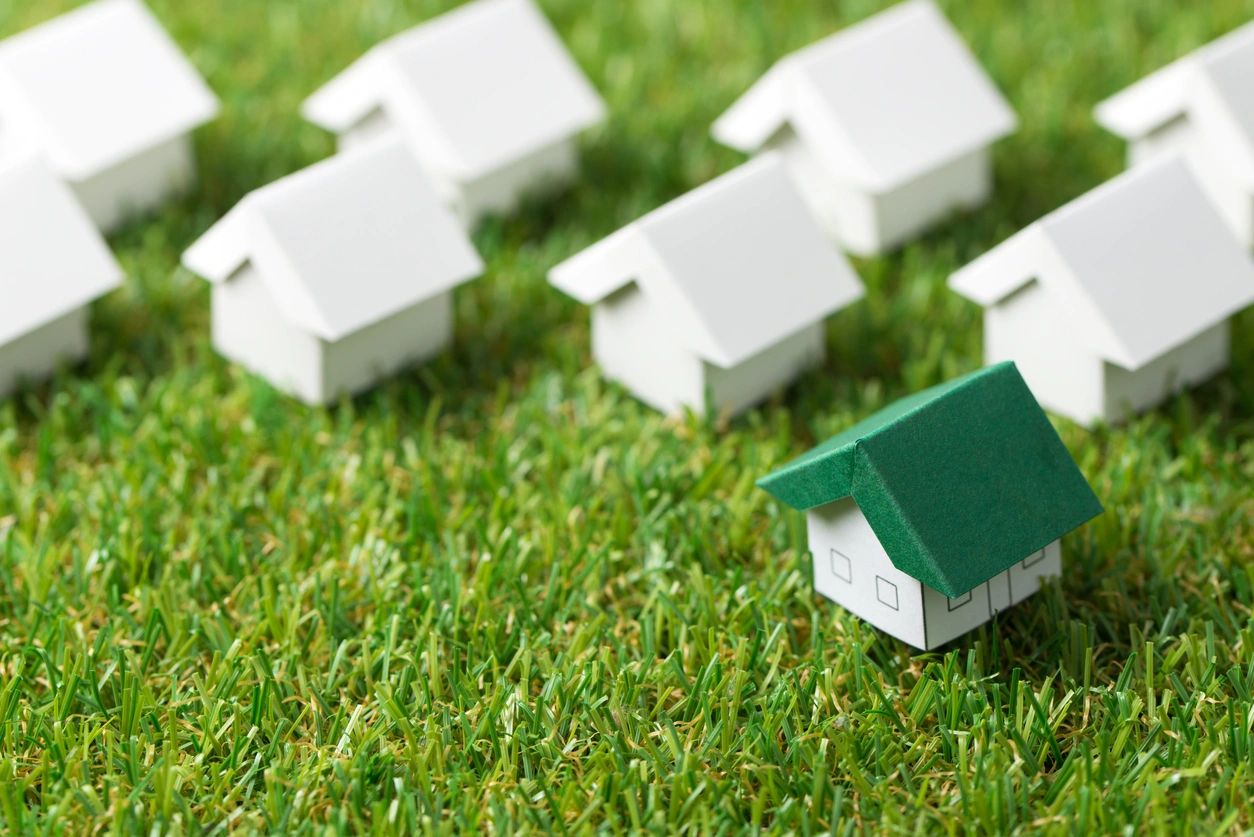 Southern Legitimacy Statement: Born and raised in North Carolina to parents graciously welcomed by the South, I have a strange kind of Southern legitimacy. My roots and birth certificate proclaim me as native, but my family’s heritage says otherwise. This reality is one that I can never seem to outrun. Not that it’s stopped me from trying. As a young adult, I complicated things by moving North for two degrees, and as it turns out, meeting the New Yorker who would become my husband. We now live in a quaint New York City suburb, and consequently I must learn how to survive without the whirring lullaby of cicadas’ songs in the evening, the sweet smell of corn and tobacco leaves in the sun, and the bubbly relief of Cheerwine hitting my tongue after swallowing a mouthful of Eastern-style ‘cue. I guess that’s the funny thing about identity: I’m Southern, legitimately and despite the odds.

Double-Down Dutch: A Story of Home

My husband and I became first-time homeowners just after the 2016 election. And we agree with you – that was an odd time. Truthfully, we’d planned to move much earlier, but as anyone who’s ever bought or sold real estate will tell you, you make plans in order to break them.

So what were our plans?

Let’s just say “Project: Suburban Relocation” hadn’t gone that well. This was a fact that frustrated both of us. For my husband, each day we spent in our city-view apartment was another reminder of our unbearable proximity to work. And for me, it was another reminder that ultimately, our time in the city would come to an end.

Still, we trudged along in good faith.

We’d been looking for about a year when, on a particularly hot summer day and after yet another aborted deal, I told my husband I couldn’t do this anymore. The search had become too arduous, the market was entirely too competitive, and I wasn’t sure if we’d ever have enough money to put down roots anywherein New York.

But then I remembered something – well, actually two things:

Afterward, I decided to stick the process out a little further.

But only a little.

That turned out to be a really good decision, because almost immediately, the opportunity of a lifetime practically fell in our laps.

Allow me to make this decidedly more concrete. On the day of our last scheduled home tour, the August heat had somehow gotten even thicker. A week later, the house’s air conditioning system completely broke. And a few weeks after that, absent any further showings, the sellers accepted our offer.

Things went relatively smoothly from there. That is, if we don’t count the heart-stopping stress that accompanied making the biggest purchase we’ve ever made … in the middle of the most contentious presidential election of our lifetime (at least to that point).

What made the stress worth it?

A charming 1920s Dutch Colonial located in a neighborhood that many consider to be Long Island’s best kept secret.

To be clear, the house checked more than a few of our boxes. Three bedrooms? You got it! Two bathrooms? Sure! Gigantic basement and attic? Look no further! Gorgeous architectural details? Abounding!

But wait … it gets better.

What made this property truly exceptional was the land. Our soon-to-be home sat on a diamond-caliber, south-facing, corner-occupying DOUBLE LOT. Now you know exactly why this address was such a find. What was there not to love? We’re getting there.

As it turns out, our grande dame was in desperate need of some tender, loving care. She’d sat vacant for nearly four years, and so in addition to her many finer qualities, she also “boasted” a plethora of dust bunnies, dated wallpaper, and basement asbestos; as well as a still-failed air-conditioning system, shattered original first-floor windows, and a forest of invasive tree roots growing in the main sewage line.

That was a lot to take in. And yet, by the magic of “rookie vision,” we saw all these projects and still somehow managed to say, “SOLD!” We moved in that December.

Before we go any further, there’s something I should reiterate.

Our reticence to put down roots in New York? It actually extended a lot further than my sadness at leaving the city, or our joint financial stress. Actually, we’d been uncertain of whether we’d make our permanent home in New York more generally … and long before this melodrama.

Let me take you back in time.

My husband and I met in college. Our alma mater is in New York City. Because of this we will always have an affinity for this part of the world. But for him, the ties go much deeper. He was born and raised on Long Island, to parents whose families had been in and around the city for several generations. In short, for my husband, New York has always been home.

Me, on the other hand? I was born and raised hundreds of miles south, in North Carolina, to parents whose families routinely moved around – not only across county lines, but across state and country lines, as well. And so for me, New York was definitely not home. But really, neither was any place else. Or so I thought.

About a decade later, as we approached our home’s closing date, something strange started happening: I got fiercely homesick. Though this time, it wasn’t for our New York City apartment, it was for my original home. And yes, this absolutely complicated the remainder of our homebuying process.

Resenting my husband was the next thing that happened. More specifically, I resented him for the privilege of moving back to his “safe spot,” the place where he’d always been happy and secure. In stark contrast, not only was I unsure of whether I wanted to claim this area as my home, but I also knew from experience that I wasn’t particularly welcome there, either.

Don’t get me wrong. By the time we signed our papers, we were both mostly happy. But not long thereafter, I began to worry that we’d done something very, very wrong. Never mind my frustrations with New York culture (suburban or otherwise); the bigger issue was that we’d promised a bank that we’d responsibly steward this house and our mortgage for longer than I’d ever seen a home commitment last.

My husband wasn’t nearly as concerned. In his mind, when we’d signed those papers, we’d only promised to stay for five years. We hadn’t purchased a house; we’d purchased an opportunity. And if ever the burden of that opportunity became too great, we would find a way to strategically relieve ourselves of it.

This was a great plan. And I won’t lie, it did make me feel significantly more at ease. But it also didn’t prepare us for what we’d actually signed up for – because nothing ever could.

See, our neighborhood is one of those communities where people just don’t leave. And it’s not like they can’t. They just choose not to. Instead, they move in, take on a project or five hundred, have children, and then – here’s the important part – they stay. For generations.

Even my husband started to chafe at our forever investment, once he realized that our story wouldn’t be anything like his “five-year plan.” My desire to find the nearest exit seemed reasonable enough after all.

The fates must have had other plans, though, because a suitable exit never materialized.

And so it was that we stayed.

While things didn’t get any easier from there, slowly, both of our perspectives did improve. We remembered why we’d fallen in love with the neighborhood – its friendly neighbors, its unmatched character, its low taxes, its proximity to all sorts of enjoyable activities. And not long thereafter, we let ourselves settle in. We furnished the house, joined community groups, and began tackling all the home improvement projects we’d put off since the closing.

We started with the immediate health concerns (welcome to old home ownership!). Then we took care of the floors. Next, we addressed the walls, replacing layers of dated wallpaper with coats of fresh plaster and paint. Systems work – electric, plumbing, and air-conditioning – came after that. And finally, we got to take on the really fun projects: redoing our main hall bath, replacing our front walkways, choosing more permanent interior paint colors, and installing a white picket fence.

I know, the suburbia of it all!

After several years of hard work, our efforts were really starting to pay off. No longer were we exclusively living for big wins like reduced credit card bills or increased home equity notifications (though these were also noteworthy); instead, we began to experience the first blushes of sheer joy that only owners of “fixers” can appreciate – the moment your home really, truly comes back to life.

Now, listen. There’s also another, considerably rawer side to this story. I debated whether to share it here, but ultimately decided that it was central to who we’ve become … and thus remains central to this essay.

What I haven’t shared with you yet is that, in the middle of all this housework, we’d also been trying to become parents. But in this arena too, our lives had not gone according to plan.

For a year there was nothing to show for our efforts. Exhausted, we decided to take some time off. And that’s when it happened – we were pregnant! Sadly, that pregnancy didn’t last, and neither did the two subsequent pregnancies we achieved in the two years that followed.

Without bogging this essay down, let me just say that eventually, repeated loss strips you bare. Upon our first, I decided that repainting our intended nursery would heal my emotional wounds (it didn’t). Upon our second, I redecorated the guest bedroom with similar hopes (again, solving nothing). And by our third, I had simply given up – on babies, on the house, and on our lives at this address. Shortly thereafter, my husband agreed for the second time that perhaps a fresh start wouldn’t be so bad.

Then a miracle happened.

What resulted from our family-building struggles was a new breed of resolve – much different than the short-term resolutions that preceded it through our efforts to build our home. This time, when we decided not to leave, we really were deciding to remain – and that made all the difference.

Our lives became less about grieving what we’d lost or lacked, and more about appreciating what we already had. For the first time in our marriage, we resolved to find wholeness at home – exactly as it existed – through, and maybe even in spite of, our multifaceted frustration and pain.

And so it was that we stayed once again.

That double-down moment was about a year ago, and so far it’s paid nothing but dividends. Because guess what? At the bottom of that place, where it felt like all was lost, we discovered something really incredible: if it was “home” we were seeking, then mercy me, we were already there. And we’d been there from the moment we moved in.