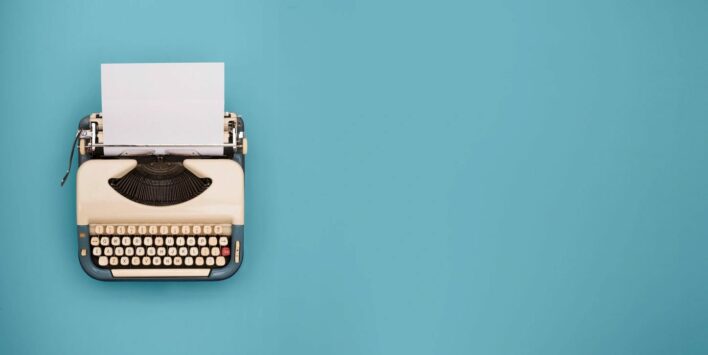 My Southern Legitimacy Statement follows: My mother had me in a Baptist hospital in Knoxville, Tennessee, and my father almost missed my birth because he was watching the Andy Griffith Show. I was raised in a house that had a creek in the backyard and a picture of Elvis on the mantel. And I was the only Kindergartner that knew all the words to “Ring of Fire.”

Clouds suck in their underbellies
while grasshoppers sway
beneath the swallowed moon,
emitting only a broken
glow, like a memory that’s almost
forgotten–not unlike the picture
of Mamaw Lila that hangs
in the hallway of my parents’ home,
the one found in the bottom
of a water damaged box
that my father cleaned
and scanned and touched
with the cursor of his computer
until the yellow
spot covering her laugh
had faded into her skin, her young woman
skin, fully on display in a polka-dotted bikini,
unblemished by cigarettes
and children and the booze
soaked fist of Papaw Roy.
Inside the black frame that holds her,
her skin is kept white and unbruised
by the stories my mother only told me
after Lila’s coffin had shut.
Outside, I breathe
the glass air and its edges scratch
my lungs. My fingers reach for fallen
keys in snow, now grayed by night’s black
dye. My arms stretch as they did when I was small, pulling
their edges toward the back
of Lila’s fridge
for the frosted blue can of Pepsi
I wasn’t supposed to
tell Mom about. My knees sink
in the snow, making rounded dents
in its dust, like the dimples left
in church carpets, and I wonder
if the prayers I was taught
in Catholic school were enough
to carry Lila away
from the Hell I was warned
about by a man with a white collar
tightened to his neck, one no different
than the collar attached to a dog’s leash.
I remember him standing
in front of altars, in front of classrooms,
in front of girls he scolded
for short skirts and boys he praised
as fine young men, and I remember
the shape of his smirk
when he told us Hell would be an ice
rink, but we’d be dressed for a pool.
And as the snow turns to a darkened
puddle beneath my knees, I remember Lila’s
unscarred skin, I remember the polka-dots
spotting her breasts, I remember the lines
carved into the hand I held
the month before she died, and I wonder
if she, too, is kneeling in snow.

of the word whore. It doesn’t sit right

in my cheek, stings

of a lemon twist. That boy that’s in pictures

darlin’, even when he was handing me

the cash. I see him on the motel screen

some nights. His wife’s got yella hair and diamonds

I overhear them church women

in the Wal-Mart, talkin’ about how I should’ve gone

with him to the city. That poor whore,

they say. She coulda had a ring

the size of Saturn and a kitchen

with an island—and a maid to clean it.

They quiet quick when they see me in the aisle,

holding a box of Cap’n Crunch over my chest.

ring on the night I said I’m just not

sure. The purple spread down

my jaw like Mama’s apple butter. I had to wait

‘til he left to pick my teeth up off the carpet.

meth knocked ‘em out. So when I’m slurping

my cereal from a Styrofoam cup

and see that boy on the motel TV,

gripping the sides of that shiny girl’s waist, all I can think is

Sleeping In My Childhood Bedroom As An Adult

Glow in the dark stars tumble

into black, their light hanging

of a man tied to death. I trace

the outlines of memories and pull them

patchouli and my father’s

dance to the window. Are they

the ghosts of my dead dogs

or the angels I overheard

my mother asking for help? Or maybe just

teenage headlights, sneaking back into their parents’

against my wall. Round

round round. Clothes rise

like the air lifting up my chest. My mother’s

and down. Taped on the fridge

is a photo dated two

days after my birth. My mother is holding

my head to her chest, my feet swing above

getting nervous and shouting

the door when my brother and I found

him in his white briefs. Rise

and fall. I focus on the dark

and the noise and the clothes