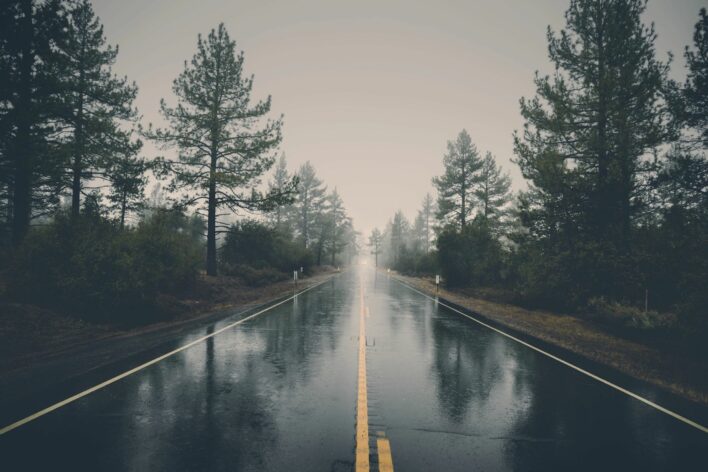 Southern Legitimacy Statement: I am from southeastern Kentucky, the land that is not quite South but nowhere near North, but I moved to Tennessee in 2010. I live in a place of fierce loyalty, small town gossip (used only for prayers), eccentric people, and mind-your-manners. I feel terrible if someone comes to my house and I forget to offer them something to drink or a bite to eat.

Along a gray highway, a lone man waves at random cars. He doesn’t want picked up, not that anybody would. As he nears our house, he tries to wave at us, too. His hand moves side to side at the end of his large shoulder as he slings his white-yellowed hair behind him like a cape. The stringy ends lay flat against his jean back.

“Get in this house, kids,” Momma hisses from the front door. Our bicycles flop on the lawn like books slapping shut.

After shoving our little backs inside, Momma snaps the blinds shut. Her eyes peek at him as he meanders past our house. She makes us stay inside until he is a speck the size of my thumb.
“That crazy old thing tried to eat a mailbox last week. I saw him lick the metal and it made my teeth hurt,” my ten-year-old brother says while scrunching his freckled nose.

“Shh…” Momma puts a polished finger up to her lips. “Don’t talk about it. It gives me the creeps. I don’t like him coming around here while you kids are trying to play.” Once she’s sure he’s gone, she opens the blinds with a twirl of her hand.

I think about his lonesome figure moving slowly down the road. It’s hot today, and I wonder why he’s wearing a jacket. I don’t understand where he’s always going or where he’s been.

“Supper’s almost ready anyhow. Momma’s outdone herself today,” Dad interrupts my thoughts as he diverts our attention from the poor old man.

We gather around a table filled with shiny ham, greasy beans, and freshly sliced tomatoes.
I wonder why a body would want to eat mailboxes.