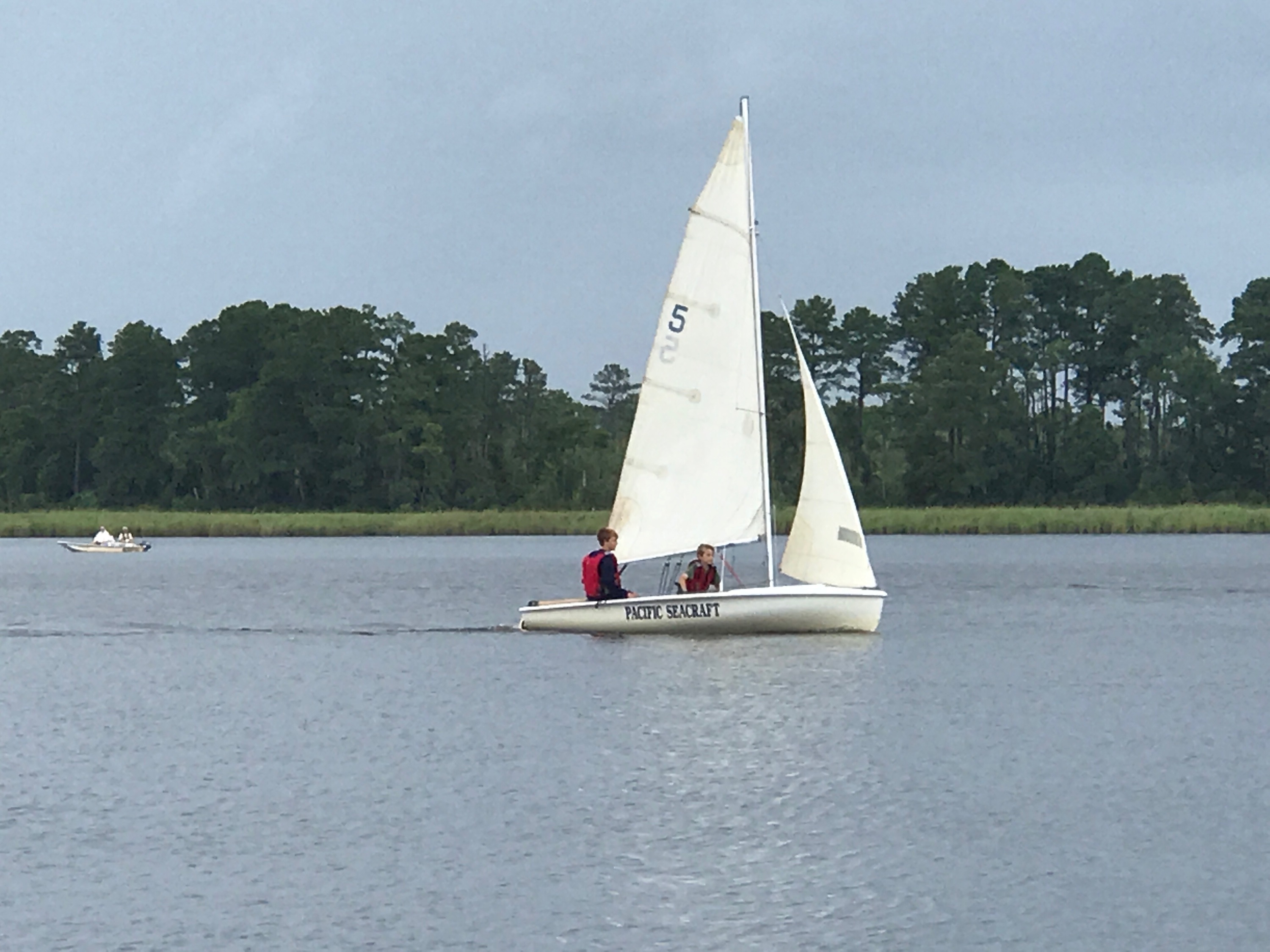 Southern Legitimacy Statement: I’ve lived in Richmond, Va. for over 13 years and lived in Farmville, Va. for 2 years before that. Farmville, a small town with Southern charm, is the setting of the story.

The sound of the 5:10 train coming through town was comforting. In the morning darkness of her bedroom Mrs. Lilly sat up on the edge of her bed, pulled her robe that had been draped over her walker from the top crossbar and slipped her arms into the yellow cotton sleeves. She positioned her legs between those of  the walker and placed her hands on the rubber hand grips and stood up, then balanced herself as she turned with the walker toward her opened bedroom door. The hardwood floor was cool and smooth beneath her bare feet as she slowly made her way out into the long hallway that led to the den, bathroom and at a right turn to the kitchen and a small breakfast nook. By memory and years of experience she knew the width between one wall to the next without need for any light, the exact location of the doors, and where every painting was hanging along the way.

In the kitchen she turned on the light. It was spotless thanks to Estelle, who was as finicky about neatness as Mrs. Lilly, and had been her housekeeper and cook since the days when Mr. Lilly was still active as a physician at the local hospital, some twenty years ago.

Mrs. Lilly crossed the kitchen to a counter where sat a large cookie jar purchased at a shop in the old Jewish section of Lisbon. Balancing herself on the walker with one hand she removed the lid and set it aside on the counter. She bent over and inhaled the aroma of Estelle’s homemade oatmeal cookies. She took out two and set them on the counter than replaced the lid. She put the cookies in a pocket in her robe and made her way to the small dining room and sat down at a mahogany table that was against a wall with a window facing the house next door. She took the cookies from her pocket and placed them on the table then sat down at the table in a cushioned chair she had inherited from her grandmother, a Southern Belle from the pre civil war days. Staring out at the neighbor’s house, with the light from the kitchen glowing softly into the breakfast nook, she nibbled on the cookies savoring the cinnamon and subtle seasoning of nutmeg as she waited for Estelle to arrive.

At exactly six o’clock, the time she always arrived, Mrs. Lilly heard Estelle open the front door, shut it, and make her way to the back of the house, turning on lights in the parlor and large dining room along the way.

“Good morning Miss Lilly,” Estelle said as she entered the breakfast nook, “How are you feeling this morning?”

“Just fine, Estelle. My joints are a bit achy like always.”

Estelle went into the kitchen and could be heard preparing breakfast as Mrs. Lilly finished the cookies. Soon, Mrs. Lilly was greeted with the smell of fresh coffee and the sound of eggs frying in the skillet. Estelle brought breakfast in to the nook on a small silver tray; a gift from a friend long deceased, and placed the coffee and plate of hot food on the table in front of Mrs. Lilly.

“Those folks up yet?” Estelle asked, looking out the window.

Estelle chuckled lightly and went back into the kitchen. Mrs. Lilly ate the eggs and toast and drank her coffee listening to Estelle cleaning up, and humming. Mrs. Lilly watched out the window for signs that her neighbors had indeed decided to start their day, which coincided with when the pleasantness of her own day always began to decline. To Mrs. Lilly her neighbors were a nuisance, loud and perpetually busy at one intrusively noisy task or another in their yard or on their house. Their four hyperactive children brought Mrs. Lilly’s general sense of serenity to an abrupt end. This section of High Street was not known for such unbridled and unwelcome activity.

The Longs had moved in six months ago, him a new professor at the nearby all men’s college, and her a housewife who seemed to have nothing to do all day while her older children were at school except expose her youngest children to the outdoor elements.

“It’s begun,” she called out to Estelle.

Mrs. Lilly finished her breakfast having watched Edward Long and his two older children leave the house, he on his way to the college and the children on their way to school. Then the two youngest children were brought out to the front yard where Francine Long sat on the front stoop of their home and watched the children fight and claw their way through one skull crushingly noisy game after another.

Having had enough, Mrs. Lilly stood up, gripped the walker tightly and made her way back to her bedroom where she changed into a green print dress and slipped into a pair of white patent leather pumps. With Estelle’s assistance, Mrs. Lilly opened her front door and went out onto the front porch and sat in a wicker chair and glared at Francine and the children.

Mrs. Lilly spent the better part of that morning, as she did most mornings, providing eyes and ears as witness to the calamity she considered the Long family to be. Francine and the children would at intervals disappear into the house for varying lengths of time only to reappear seeming more energized to wreak havoc on the peace and tranquility of High Street. To add to it, the Longs seemed to have no limit of needs for one type of repairman or another who by use of hammers, leaf blowers, lawn mowers, drills and backhoes raised the noise decibels to ear achingly high levels.  By noon that day, Mrs. Lilly was near apoplexy with outrage, and after being assisted back inside by Estelle, sat at the table in the kitchen nook and could barely eat her lunch of celery soup and a tuna salad sandwich.

“Something has to be done,” she told Estelle.

Estelle nodded knowingly and went into the large dining room and began polishing the walnut table with great intensity while humming.

After Estelle had prepared her evening meal, cleaned up and departed, Mrs. Lilly sat in the chair at the desk in the den where her now deceased husband once spent hour upon hour pouring over medical journals and taking copious notes that he committed to memory.  But it wasn’t her husband she was thinking about, but how to rid herself and the neighborhood of the Long family.

It had occurred to her early in the afternoon that she could make calls to all the neighbors and solicit their cooperation in the matter, but after short consideration she decided the idea of using the telephone to call people who she rarely talked with in person to be a somewhat socially vulgar way to seek assistance. She was certain that they would agree with her that the Long family was an unwelcome addition to High Street, but seriously doubted that they would willingly join her in an effort to drive them out even if she did stoop so low as to make telephone calls.

Sitting at the desk with the banker’s lamp aglow as evening set in, she decided that she would have to use something more than her power of social persuasion to take care of the problem.  Her life had been mostly unencumbered by those who she found distasteful, having been raised in a proper affluent Southern home and marrying young to a doctor from Savannah who was as cultured and refined as she was. The occasional rudeness she experienced in public by complete strangers was not considered out of the ordinary for anyone of any class, but rudeness of such caliber living next door was intolerable. By 10 P.M., an hour past her customary bed time she still was seated at the desk but had not solved the problem.

She went to bed and spent a restless night barely sleeping. Twice she got out of bed and went from room to room, the only sound being that of her walker on the hardwood floors. Even before the 5:10 train passed through town she was seated in the dark at the table in the breakfast nook and looking out at her neighbor’s house. She nibbled on an oatmeal cookie, not enjoying it as she had the ones the day before, and found her thoughts drifting to the large oak tree in the Long’s front yard. It had been a frequent recipient of care by tree trimmers since the Longs had arrived, and had been carefully pruned and had the top trimmed down several feet, but was unquestionably a majestic old tree.

“If only it would fall on their house,” she pondered, imagining ways that such a thing might happen.

By the time Estelle arrived Mrs. Lilly had not figured out how to bring the tree down on the roof of the Long’s home, and decided that the plan was flawed anyway because roofs can be repaired and it would be too much wishful thinking that the tree would drive them permanently from their home, unless it fell directly on them while they slept, which seemed a far fetched notion.

“You look tired, Miss Lilly,” Estelle told her as she placed a breakfast of fresh fruit, a lightly buttered toasted English muffin and a cup of coffee in front of her.

“I’ve been busy thinking,” Mrs. Lilly said as Estelle returned to the kitchen and could be heard cleaning and humming.

The morning went as the one before it had been.

She and Estelle said even less to one another that day than usual, which rarely went beyond very trivial matters anyway. Mrs. Lilly realized that the one person she counted on the most, she knew little about. She knew Estelle had a husband and two grown children, but that was the extent of it. She came to work on time, did what was asked of her, and then went home each day promptly at six P.M.

That night a few hours after Estelle had gone home Mrs. Lilly wished that she was not alone. She wasn’t feeling well at all.

The night passed with Mrs. Lilly being in such a state of agitation regarding the Longs and unable to lie down even for a few minutes that she paced from one end of her home to the other, her hands growing more cramped and fatigued as she gripped onto the walker.  She stopped at the window in the breakfast nook many times looking out at the dark house next door, hoping the Longs were each dead in their beds, sent to the afterlife by some leaking toxic gas.

When Estelle arrived at her usual time she opened the door and found Mrs. Lilly on the floor by the front door, her eyes wide open and her breathing so muted that at first Estelle thought her employer had died.

As the ambulance arrived and carried Mrs. Lilly out of the house on a gurney the last noise she heard was the slamming door at the Long house.