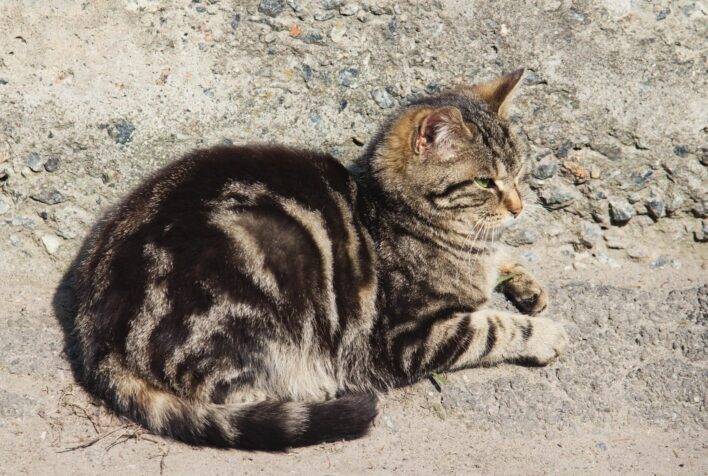 SOUTHERN LEGITIMACY STATEMENT: I’ve lived in Louisiana for a handful of years, and I’m now working on a PhD in English (Rhetoric and Composition) at LSU. In my time here, I’ve tried many different gas stations’ boudin (they always have the BEST boudin. My favorite: Nonc Kev’s in Rayne); done too many shots during Mardi Gras in Lake Charles; learned how to peel crawfish the right way; and learned that going slow damn what other drivers think is the only way to survive the I-10 corridor. Biking is just as dangerous, though it makes for better exercise.

It is now widely understood and
universally accepted that this cat
no longer has need of any regular
feeding time. Last week one of
us made a phone call to Wilson
just down the street and would
someone shut that godforsaken
faucet off I’m trying to talk and
It will flood the whole place. So
Wilson told us he’d found huge
prints in the sidewalk which by
the way was solid concrete, not
wet by any stretch of the imagi
nation unlike the carpet for the
love of all that’s holy can’t you
turn off the goddamn faucet I’ll
wait. No it’s not fine turn it off
stop wasting all our time which
we don’t have that much of. So
the prints were the size of plates
that’s not even counting individ
ual toes which you can imagine
would make these some incredi
bly massive feet. In the prints a
nd didn’t I tell you these were
huge enough to crush an entire
child were black stains of blood.
It waits and listens for anything
that sounds like water it attacks
anything that sounds like water
Next time talking to Wilson he
sounded like marbles shaking
in a bag and said it was god so
big and that it was eating him
alive. We didn’t get around in
time to find anything but what
was left look look what you’ve
done now the entire place is soa
ked turn it off turn the water off
what do you mean you can’t it’s
not that diffi listen listen can
you hear that I think it’s found
us the goddamn thing found us
turn it off turn it off turn

BEFORE YOU LEAVE THE PARTY

The city of the kitchen tips: towers built of empty glass.
The last of it comes out in drips. You stumble-dance.
The record skips. Upstairs, stretched out along
The tub: a friend, dark beads upon his lips.

The way out is in little sips,
The way you make an empty glass.