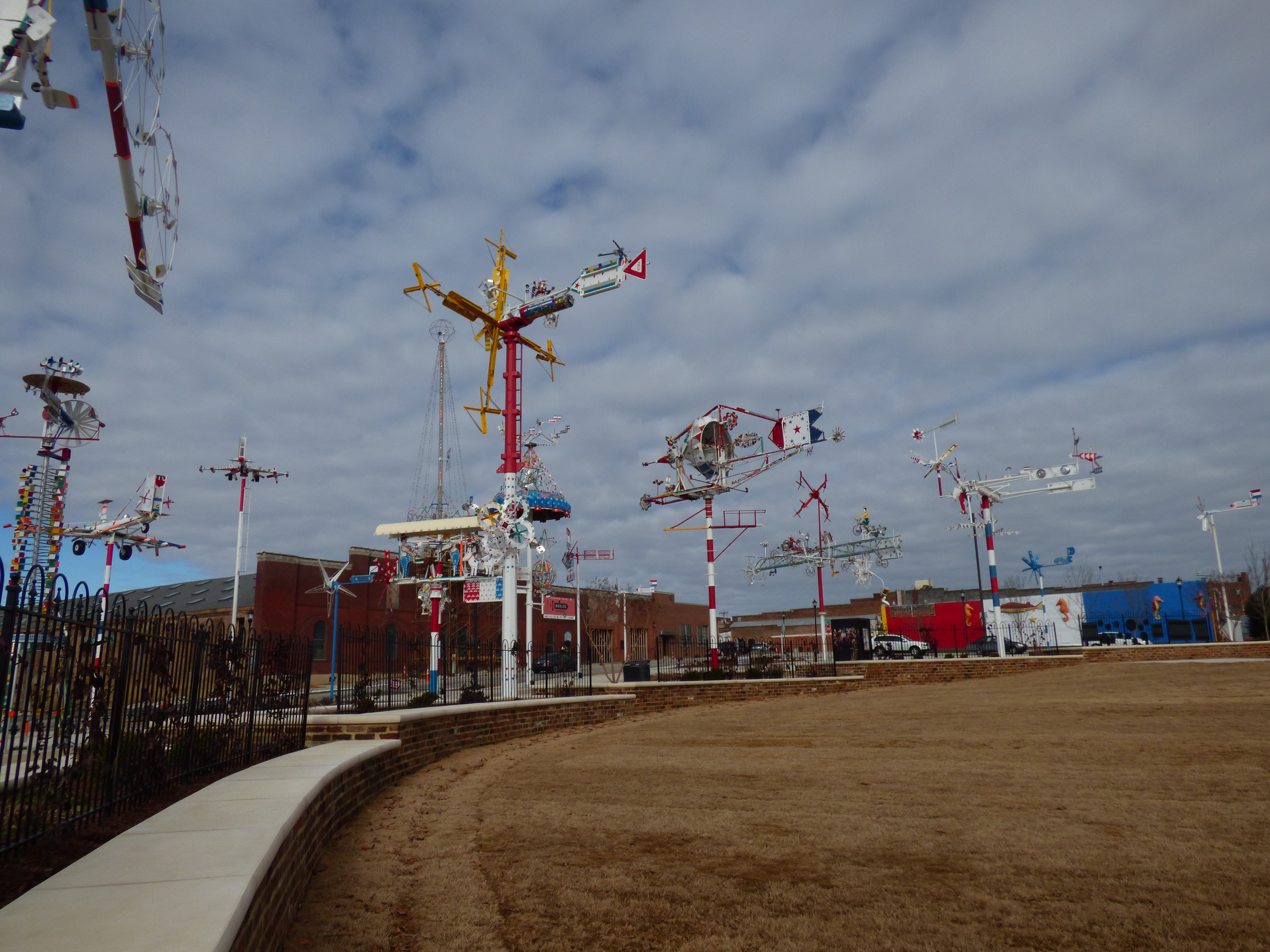 Southern Legitimacy Statement: William C. Crawford is a writer and photographer based in Winston-Salem, NC. He has lived in North Carolina since 1962. He was a combat photojournalist in Vietnam. That led him into social work where he often became a voice for the powerless in the Tar Heel State.

Jimmy Pro wheeled the Jetta rental into the mud puddle pocked parking lot of Mel’s Diner. It was supper time and the storm front was breaking up. The low hanging, ink jet black clouds parted. The setting sun was now revealed with its concentrated golden light spotlighting a whipped cream cloud stack. The beauty of this fleeting scene belied the fact that weather patterns like these once delivered deadly contamination here. My Nikon captured a perfect instant replay of “down wind” death. But my image will never really be worth a thousand words. Not here, in St. George, where blind American exceptionalism blasted a lasting black hole in this community’s soul.

We slid into Mel’s at meal time. No tables for us, just stools at the counter. There were two spaces left next to a weathered old codger in a dirty white Stetson. He wasn’t eating much, just eschewing a full plate of meat and potatoes in favor of a rumpled half pack of Marlboros. We mounted our stools and ordered the beef stew special with coffee. Jimmy Pro ignored the plume of sweet cig smoke and offered up a howdy as is his custom. We exchanged first names with Sam, as the cheerful waitress hustled up our stew.

I pushed the “view” button on my Nikon and my last image popped out on my camera screen. Sam regarded the golden cloud with obvious disdain. Finally he muttered, “Damn weather like this killed my Christy.” I was stunned, thinking maybe she died in a desert flash flood. But Jimmy bummed a smoke and lowered his Maine brogue to an earnest whisper. He coaxed out an explanation which still defies belief. Sam spit out a chilling tale which haunts me even now, especially around Father’s Day.

” The Atomic Energy Commission killed Christy and Maude too,” he whispered bitterly through clenched, tobacco stained teeth.Turns out Maude was Christy’s mom, Sam’s then young wife. Pale pink radiation clouds rode the strong wind over from the Nevada nuclear test site barely 125 miles away. The AEC told the 22,000 residents in the wind swept glide path that the nuclear debris posed no real public health problem.

This was an outright lie as even the death of Madame Curie from prolonged exposure to plutonium and radium had been well publicized. The Feds actually encouraged local residents to view test blasts from a distance. The AEC morphed into a sort of macabre chamber of commerce touting the excitement of nuclear atmospheric tests. A-bomb parties sprung up at government suggestion. Local residents were issued photo sensitive ID badges to record passing radiation!

Sam was rolling now and he had our rapt attention. The supper crowd was thinning out, so we grabbed a fresh pot of java and repaired to a now empty adjacent booth. Christy was barely in high school in 1959. She wanted to be a cheerleader, but her health became increasingly frail. The “down winders” had been breathing in atomic dust, eating meat from contaminated cattle, and drinking tainted milk for nearly a decade by then. Thyroid cancers and mutated reproductive organs abounded. Maude kept a detailed notebook chronicling local deaths.

Sam was crying softly, obviously suffering from delayed chronic stress syndrome even now. Jimmy was jowl to jowl with Sam in the booth, and his barrel chest heaved with silent sobs. I slumped in a corner seat in a semi fetal curl. I am a combat vet from the Jungle War, but Sam’s unexpected pathos had me in a near catatonic state. The deep, bone wrenching pain of final loss took over my body again for the first time in years.

” Christy loved her sand box,” Sam remembered. “When she was little, she spent hours building castles and preparing make believe food made from the sand.” Years after Christy passed on,  Sam paid an energy technician to test the then unused sand pile with a Geiger counter. The remaining radiation was more than 20 times the lethal limit. Maude had often joined her daughter for hours in the sand box.

Christy struggled to attend school while Sam and Maude made the arduous drive over to Vegas so that Christy could receive treatment for leukemia.The bone marrow testing was a draconian horror–long needles were tediously inserted into the teen’s breasts and hips. Christy shrieked in agony. “After a year of treatments, we couldn’t stand to see her suffer,” Sam remembered. “So we just stopped going, and she faded away in a couple of months.” Maude took ill the next year, and Sam soon buried her too.

The Feds for their part continued to deny that nuclear testing was hazardous to the public’s health. Nearly 100 substantial atmospheric tests were conducted in Nevada from 1952 to 1961 with prevailing winds depositing nuclear particles indiscriminately over at least five intermountain states. Cancers and birth defects spiked to afflict thousands. Victims took the AEC to court only to find that the federal facade was legally impenetrable. Finally, in the 1990’s, Congress approved funds to pay $50,000 each to victims and their survivors.”God damned blood money”, snarled Sam as he sucked on his last Marlboro.

Jimmy and I never really forgot our chance supper with Sam. In later years, Jimmy Pro cranked out a stellar collection of poems based on his incisive observations of conditions along the Border in the American Desert. He penned powerful free verse chronicling the exploitation of various vulnerable people decimated by the highly toxic mining practices along our southern boundary. His angry, poignant words sounded a hell of a lot like Sam! I am no poet, but I managed to eventually pound out scathing editorials demanding compensation for the victims of involuntary state sterilizations in my home in North Carolina. When the monies finally flowed to the victims, I growled ” Damned blood money!,” without thinking too much about where I had heard that before.

Every year around Father’s Day, I think of Sam and how, as a writer, I might honor his Christy, a little girl lost at the hands of her treacherous, insensitive government. I sit down at my computer and type in a tentative title: “Christy’s Sand Box”. Then it always happens–a violent electric audio track from deep inside my brain kicks in. Click!-Click!-Click!-Click! …The unmistakable cacophony of a runaway Geiger counter in the contaminated southern Utah desert!

Sam, now long dead, would have surely offered me his last Marlboro if he could still sit with me in my office. He probably would have tried to calm my writer’s anxiety by wryly observing ” My Christy is still trying to tell you our story from the grave!”  Well, Sam, you can bet I’m still listening!