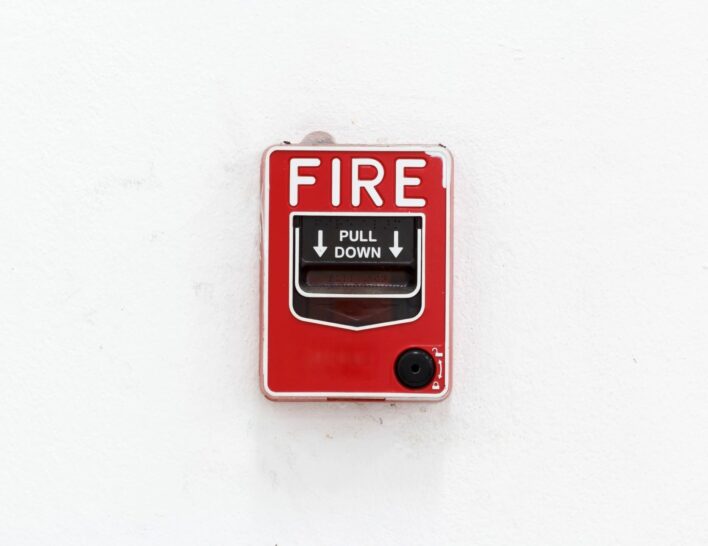 Southern Legitimacy Statement: For years I lived off barbecue ribs in Memphis, Tennessee, then broke up with my ex and moved to California, which turned out to be a big mistake, because people out west don’t drink beer and raise hell like people in the south.

Abraham joined the Clark County fire district because it was the only way to get closer to the flames. He quit working at the BP after he doused his dead grandfather’s barn with gasoline and burned it to the ground. It was midnight and Abraham felt that old fiery glow heating up the hairs of his spine. He watched that blazing inferno whip the stars and char the sky a darker shade of orange. Black smoke, blue ashes, and red embers wafted over the crescent moon and made him feel like a little boy again. That night he incinerated the heavens and they were paper-thin.

Ever since he was a juvenile Abraham read the Book of Revelation because of all the hellacious imagery with that leopard beast opening its lion mouth and breathing fire out of seven heads with ten horns and crowns and what he imagined to be thousands of eyes rising from the sulfur sea and howling out damnation. Back then, after Sunday school, Abraham bought matches with a lighter and carried the Bible into the woods, reciting the rapture alone and setting fire to dead leaves, candy wrappers, and scripture behind the First Baptist Church. That blasphemous smoke was his incense as a child. Made him feel like a prophet. Abraham felt alive in that sacrilegious haze.

Last Tuesday, Becca Murray’s two-story house caught fire and her German Shepherd got trapped upstairs in the bedroom. High off the flashing sirens, Abraham kicked down the front door and ran up the fire-cracklin’ steps. Smoke billowed up from red-hot cinders of a wild furnace and that heavenly incineration entranced him. Becca’s dog whimpered and barked behind the locked bedroom door but Abraham’s veins got stalled with viscid orange magma. That molten fluid felt bloodier than blood. He numbed out till Fred Dozer—fellow firefighter—shoved by with an axe and chopped down the door, splintered into little pieces for smoke to crawl through, but instead Becca’s dog hollered down the scorched staircase and out of the burnt home. “Christ, Abe,” Fred Dozer said, “was you about to let that pup burn?” In the scathing heat, Abraham could not think of the right answer.

Next Sunday at First Baptist Church he felt that wicked magma cool into black residue clogging the blood that flowed through his arteries and veins. He imagined his heart must have looked as dark as wasted ash. Eyes closed and kneeling at the pews, he swore aloud to eternal God he’d rinse out his veins with Holy Water. Abraham prayed through the sermon all the way to ceremonial benediction. He felt thousands of eyes watching his lips quiver and his tongue lashed out in fear at the churchgoers. “Those who judge be damned! Lord forgive them for they do not know!”

After church service Abraham returned to the torched ruins of his dead grandfather’s barn. Charred, seared, forgotten as the pit of a bonfire in the middle of the mourning of nowhere. Abraham washed away debris with a garden hose. He sprayed away dusty cinders, grey ashes, and dead embers down a white watery deluge. “Abraham’s Great Flood,” he called it, and wept on his knees under the flooded blue sky. That day the Lord told Abraham to rebuild the barn. Abraham sweated forty days and forty nights, buzz-sawing timber wood beams in the cornfields and hammering hemlock posts into roof rafters, all nailed together with sturdy support posts holding up the stables and decks. He sealed the window frames with glass panes and climbed a rusty stepladder to paint the barn blue as flooded daybreak. Forty days and nights of hard work and it was finished. It was a holy blue barn. Abraham chugged ice water from a mason jar on the resurrected planks of his grandfather’s new blue tomb, watching the red sunset graze each corn stalk like the fingertip of Hades scorching paper-fray tassels with a lovely touch.

One month later, the Sherry Field Circus went up in bright blazes. Alarms whirred at the precinct and firefighters suited up. Fred Dozer tossed a magazine into the waste-bin and Bobby Cale smothered his lit cigarette into an ashtray. Abraham wiped his brow with nervous jitters, tightened the strap of his helmet, and leapt into the fire truck after Dozer and Cale. They cut the corners of the town, swerving through streetlights and stop signs until they hit the clearing and raced through the open road. Smoke lingered over treetops in the iridescent horizon—simmering orange and black as the sulfur sea in Revelations.

Brakes screeched to a halt in the gravel lot, and Abraham arrived at the Lake of Fire. Circus tents combusted and funneled out thick palls of ungodly smoke fumes. Kids coughed and cried for their lives. Mothers screamed. Clowns, trapeze artists, lion-tamers, and the ringleader helped fathers lift children out of the tents and pushed them towards the hazy clearing. Dozer and Cale yelled back and forth, faces smeared with ash as they unraveled a hose from the fire truck. One of the tents—the Big Top—cracked and folded under its own spokes. The red and yellow canvas collapsed over the audience, trapping little boys and girls inside a dome of smoke and hellfire. Abraham removed his helmet, dismantled bulky gear, and moved toward the Big Top. He gripped his axe hard and chopped at the canvas, gashing holes in the tent as little boys and girls crawled out and trampled into the clearing. Abraham tore through the shredded Big Top, stumbling over his own shadow. His foot caught a rope fastened to a metal stake and he crashed through a childhood maze of mirrors. Reflections shattered like diamonds in Hell—Holy Water cutting into his flesh—and that heavenly incineration engulfed him all around.