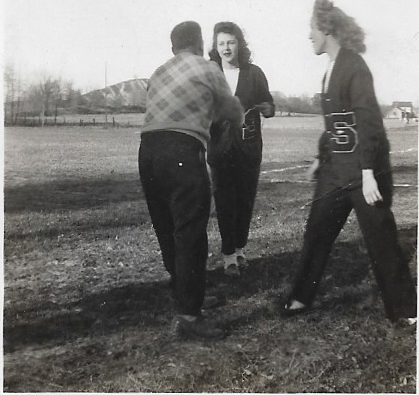 Southern Legitimacy Statement: I was born and raised in Missouri and now live (very, very) close to Atlanta. With the exception of college, I have spent my entire life in the South. I most certainly do not miss the snow, or the cold.

In September of 1977, the Principal of Parkway North Junior High School, Creve Coeur, Missouri, decided that my exams scores had sufficient merit for fast tracking me through the rigors of fast tracked mathematics.  Once alerted to this honor, I began a long series of algebraic, geometric, trigonometric, and pre-calc adventures from my initial residency to my passing the calculus advanced placement exams during my senior year.  Each teacher opened my eyes to a world of possibilities and applications that made my first degree in Engineering Physics both possible and obtainable.  Each teacher made sure I left their cocoon of advanced logic and problem solving, completely prepared for the next series of challenges each school year presented.

Each teacher I had but one.

She taught 7th grade, fast-track pre-algebra, and was the gate-keeper to all who aspired to loftier ambitions than their present situations offered.  She was a witch, a harpy, a siren with neither the song or the beauty, a puppet master extraordinaire, and the bane of all 45 happy, cheerful cherubs that knew not of the darkness that loomed ahead.

Mrs. Zeeman had one and only one rule in class.  If you failed in any part of her class, you received a ZERO for a test grade.  Let that sink in for a moment while I clarify my conundrum.

If you were tardy – ZERO.

If you were absent – ZERO.

If you missed a single problem on a homework/quiz/test – ZERO.

If you spoke, without being spoken to – ZERO.

If, when solving for x, your equal signs did not line up under each other with each step – ZERO.

If you added, subtracted, divided, or multiplied both sides of the equation w/out showing work – ZERO.

If you chewed gum, failed to turn in your homework, complained, did not sit up straight, did not listen, or failed to save the world from communist oppression, you received a big fat ZERO for a test she had not even assigned.

The one and only way to remove one ZERO was to remain after school for one hour solving algebra problems (to Mrs. Zeeman’s level of satisfaction).

By Labor Day of 1977, I calculated I could not leave her classroom until Thanksgiving, if I wanted any chance of passing pre-algebra.

I also calculated that every nine days a chair and desk would disappear from her room.

Every nine days, so would a student.

My father (also an engineer) once told me that cream rises to the top.  It just raises faster once all the traffic clears.

By October, I could leave by 7pm and walk home.

By November, I was out on daily parole by 5pm.

The first day I departed pre-algebra on time was in February of 1978.  I managed, to the astonishment of both my class mates and myself, NOT to have a single zero on Mrs. Zeeman’s grade book.  Flippantly, almost as if she forgot to place my thumbs in the thumb screws that day, she waived me off.

I could have left.

That year, I learned the Newtonian method for calculating square roots to six decimal places, interpolation for mantissas and characteristics of both natural and common logarithms, changing bases from base 10 to base 7 or base 4 or base Π and back again, scientific notation, conic sections and their graphs (in 2 and 3 dimensions), rotations, translations, inversions, compressions, imaginary numbers, calculating irrational roots – ALL WITHOUT A CALCULATOR!!!!!

Calculators had not been invented at any reasonable price-point and, if they had, Mrs. Zeeman would have just eaten one in front of us and spit it out, just to show she could.

Wait!  That is obviously an exaggeration.  Mrs. Zeeman would have melted the calculator with her death-ray laser beam eyes to keep us from ever NOT learning mathematics the proper way.  That is the truth.

So, how does this all end?

My 7th grade pre-algebra class began with 45 students.  It finished with 25.  My senior year calculus class began and finished with 12 of the smartest minds I have ever encountered.  We all aced the calculus advanced placement exams and went our separate ways after graduation.

So, what part of this narrative is true?

Mrs. Zeeman did (does) exists.  I do not believe that even time could halt that woman’s determination.

She was my 7th grade pre-algebra teacher at Parkway North Junior High in 1977.

I mastered her teachings that year.

I teach college at night, high school during the day, and when I have not participated in firefighting or body removal activities, I tutor pre-algebra through differential equations for 30+ years.

And I owe it to the meanest, toughest, best math teacher I ever had.

The only one who did not prepare me for the next grade; but for life.