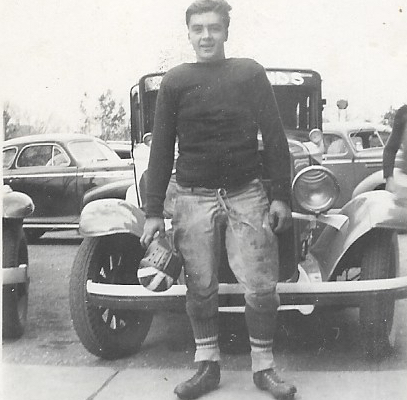 Southern Legitimacy Statement:
Let’s get something straight, right off. I don’t drink sweet tea. I’ve been dieting my entire life. What would be the point? I can’t stand grits. I have issues with lots of “white” foods including mayonnaise, Duke’s or any other. I’m not a Southern Baptist. In fact, I’m not any kind of Baptist. And I don’t have a gun rack in my pick-up truck. I don’t own a truck. I drive a Prius.

But if you’re a student of history, then you know that the Mason-Dixon Line puts Maryland, Virginia, and everything below it, in the South. So, regardless of stereotypes, I am a southerner. I’ve lived most of my life in the south. Born in Northern Virginia, it looks like I’ll die in North Carolina. Bookends for a life well-lived.

If I’m going to brag about being southern, I’ll talk about the “hospitality” of people I meet. The civility that still frames conversations with strangers. The willingness to take an extra five minutes to politely inquire after a person’s family and their well-being. That, is the “southern” I’m proud to claim.

Kathy craved excitement. Skinny, athletic, and twenty-eight years old, she loved white-water rafting. And skiing, both water and snow. Five years younger, I was the cautious one. We worked together as nurses at a hospital in Atlanta. On a warm, fall Saturday in 1977, Kathy tried skydiving.

Monday morning, adrenalin still coursed through her, as we chatted in the breakroom. She bounced up and down on the balls of her feet and sizzled, like a downed power line.

“It was amazing,” she said. “The pull of the ripcord. The feel of the parachute opening. The weightlessness.” She paused and relived the moment she jumped from the plane. “I can’t believe I did it.”

It seemed inevitable that I would try it too.

The following Saturday, I climbed into her sports car at 8:00 am and we drove into the countryside. At the skydiving school, we signed forms that released the company from liability for whatever might happen to us. We changed into heavy army fatigue jumpsuits and met our instructor, Frank.

That morning, we learned the sequence for opening our parachutes. I still remember it.

Arch your back, to position correctly for the parachute to open.

Look at your right chest, where the ripcord is located.

Reach for the ripcord.

Then, Check Canopy. Look up, to confirm the parachute opened fully.

Next, we practiced landing by jumping off a four-foot high wooden platform.

“Be sure to bend your knees,” Frank said. “We don’t want any broken bones today.”

Nowadays, most skydivers jump from higher altitudes, in tandem with an instructor. Back then, students hurtled toward the ground alone, with a static line attached from the plane to the parachute. If we panicked, the taut static line would yank open the chute soon after we began to fall.

After lunch, Frank led us out to the airfield. He showed us a giant, revolving, bright yellow arrow positioned on the ground, easily visible from the plane. Bob, a crew member, manually rotated the arrow left or right to adjust for wind direction.

“Remember, use your parachute ropes to change direction,” Frank said. “We don’t want you landing in the woods.” We turned and looked at the forest of tall Georgia pines that encircled the airfield. “If Bob points the arrow to the right, pull on the right rope until you’re facing the tip of the arrow. Same goes for the left,” he said. “Understood?”

Outfitted with parachutes, we climbed into the old propeller plane and took off. Clear blue skies with scarce white clouds and eighty-degree temperatures surrounded us as the plane climbed higher. Two other students departed first. Kathy and I watched as each, in turn, crawled out to the wing and jumped. They fell fast. Parachutes open, they floated down, then landed inside the drop zone.

The plane circled to return to the landing area. Until then, I had completely forgotten my predisposition to motion sickness. My head began to throb. The long-sleeved jumpsuit felt stifling. Sweat beaded on my forehead. I began to taste the lunch we’d eaten an hour earlier. I crouched in the doorway of the plane, slightly refreshed by the cool breeze. I had a fifty-fifty chance of vomiting on the way down.

Two thousand feet didn’t seem so high, until I leaned out of the plane and looked down. The guy operating the arrow resembled a flea. Frank pointed to the wing strut, attached to the plane’s side.

“You’re going to put your foot on that step, hold the strut, then let go,” he said. “Gravity does the rest.”

Let go… Those simple words encapsulated the risk, and the promise of invincibility. Could I do it or would I wimp out?

One by one, my fingers uncurled from the plane’s strut. I dropped quickly, then arched, looked, reached and opened my parachute. As I floated down, I watched the yellow arrow below, tugged the left parachute rope, and shifted direction. Miles off in the distance, trees displayed vibrant fall colors of red, orange, and yellow. But my focus wasn’t on the scenery. Inside the jumpsuit, the oppressive heat kept me queasy. My stomach lurched all the way down.

Once on the ground, lunch intact, I realized what I’d accomplished. I was exhilarated. I tempted fate and survived.

I looked around for Kathy. She should have landed right after me. The guy with the arrow waved frantically. The wind changed, suddenly blowing from the opposite direction. Employees ran around and pointed. Above, Kathy drifted toward the trees. The guy moving the arrow rotated it, but it was too late. The breeze carried her into the woods. We all watched in horror as Kathy’s parachute snagged at the top of a pine tree. Two employees jumped into a white pick-up truck and followed her. Someone else called the fire department. Kathy dangled from the parachute about eighty feet up.

When the fire department arrived with their ladder, they discovered it didn’t extend high enough to reach her. A firefighter climbed the outstretched ladder, propped against the tree. He calmly directed Kathy to grab a limb and slowly edge toward the tree trunk. He instructed her to disconnect the parachute and inch down, branch by branch, until he could grab her.

She shook uncontrollably when she finally returned to the office, her face covered with scratches. Her hair tangled with pine needles and debris. An hour and several cups of coffee later, she felt calm enough to drive us back to Atlanta.

On the way home, I practically jumped out of my seat, as I experienced a ‘high’ like I’d seen in Kathy a few days earlier. She was in a state of shock. Her sense of fearlessness, the essence of her identity, seemed shattered.

The outing profoundly changed us both.

Over time, I lost track of Kathy. I’m not sure if she ever reclaimed her courage, but I learned an important lesson that day. Holding onto fear diminishes us.

I have kept that lesson close, throughout the ensuing years. It made me a lifelong learner, willing to try new things, willing to embrace new adventures. And it enabled me to reinvent myself. Along the way, I discovered that my greatest successes in life came when I took chances. During my lifetime, I’ve done other risky things – ziplining, scuba diving, and backpacking alone through Thailand – and felt invigorated. But nothing has compared to the day I experienced the absolute power of fearlessness. That day I jumped out of an airplane.