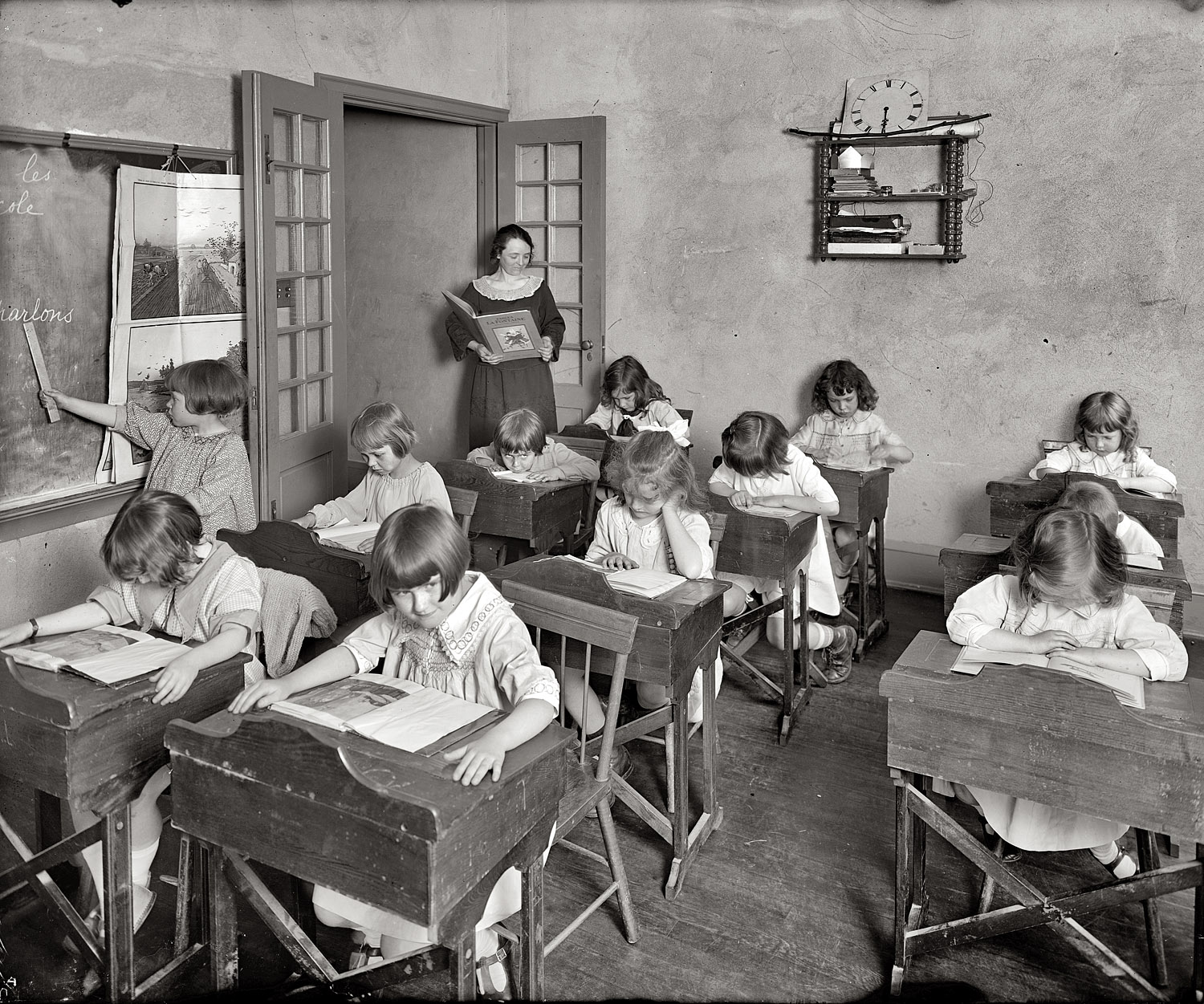 Southern Legitimacy Statement: First… her name is Bobbi Lynn. I mean, really. Bobbi Lynn was born and raised in The Carolinas. She grew up in a small town where her school principal often commented publicly on how well those Neely kids did in school considering their parents worked in textiles. (He thought it was a compliment.) Bobbi Lynn can bait a hook, slice a melon after floating it in the pool to cool, check the oil in her car, sing at a funeral and a wedding in the same day, and does not suffer fools well…bless their hearts.

The Strength of An Illusion

My momma always made sure to impress upon my heart the importance of standing by a friend through good times and bad. If you didn’t stick for the down side, you were no friend at all. As the youngest of six, by the time I came along, she had a finely tuned ability to grasp a teachable moment and use it to her mother-molds-child’s-character parenting methods. I remember as a teen, explaining to her (not so gently) my character had been molded beyond all reason and she could ease off a bit – ahh, the sharp tooth of an ungrateful child. To my great relief, she did not.

One such lesson came from the hainted holler. I never imagined the way this tale would sculpt me in the years to come, but I knew the legend all my life. I couldn’t begin to tell you the first time I heard it if you tied me forty ways to Sunday. It was always there…that illusion planted in my cerebrum. Stored like a canvas bag on the inside of a pantry door – just in case it’s needed.

The road was called The Woodlawn in deference to the ancient, humming cotton mill that stood so close by the road it cast a shadow almost to the center line. With no beautiful homes and no stylish buildings, The Woodlawn had nothing to recommend it to most folks. This puny little piece of asphalt would bear no interest on its own. Yet, by some twist of fate, the road played a major role in my family.

The Woodlawn was the road we took to our little church every time the doors were open, and some times when they weren’t, if we were helping mom or pops with church duties. We walked it to grade school, then drove it to high school. We hurried to Woodlawn to see the creek out of its bed after a flower-beating storm.

Just past the mill was a section of road where the woods and Dutchman’s Creek pinned one side and a small woods and hill took the other. Over the years, the tree canopy did what it could to make a roof and over zealous kudzu completed the job. As you approached, it was almost like a big tunnel – except when it suffered the trimming from the power company every few years.  It was this part that was the hainted holler.

Momma and her best friend Becky walked and road their bikes all over town.  The hainted holler didn’t bother them a bit…as long as it was daylight. It was only after dark that the haints would come out on their evil missions. So many times momma would tell us about her and Becky getting caught in town at dusk and knowing they had to get home through the holler. By this time, Becky had moved up the hill behind The Woodlawn Mill because her daddy was a fixer in the mill. That meant that the gap between the dear friends’ houses was hainted holler.

If they were feeling strong, they would hug each other tight, promise lifelong affection, and light out for home. Oh, but when their hearts were weak or layered over with the images from a scary movie watched uptown at the theater, the hainted holler played them hard. There were no streetlights. The only light came from down at the mill and if anything the tremendous lights at the mill made the hainted holler dark even darker. If old Mizz Baker was still up they could just barely make out a little light from her window down at the other end. If the night was too late, there was nothing but black. With fear of ghosts and spirits and wild animals, the little girls would approach. They would encourage each other for the task ahead. They would breathe deeply, then startle and lose a breath at the smallest sound of possible impending doom. Then they would walk to the very middle of the holler between their two homes.

It seems the girls had decided if one of them must risk the holler, they both should take an equal risk. Each time they approached after sundown, they would hold tight to each other and walk slowly to the very middle of hainted holler. There they would hum, sing, pray, or cry to get themselves ready. If one of them was feeling a little more fearful, the other could volunteer to go more than halfway.  At the last moment, when they knew they had to do it or die, they would kiss the other’s cheek, push off, and fly. Each girl would run as if the devil himself was chasing her (he coulda been) to the end of hainted holler – no looking back. Once a girl had cleared the holler and was in the light again, she would turn. Not wanting to bring harm on, no sound would be spent while running. When she heard no more footsteps, a girl would yell the other’s name as loud as she could.

The friend would yell the other girl’s name back.

Then both girls would strike out for home – hardly breathing until they reached the safety of their gate.

I spent much of my younger years having the beejeebers scared out of me by older siblings. Knowing my own fears, I could not imagine the devotion it took for these friends to risk it all for each other in the face of their biggest nightmare. Until the time came for me to draw on this lesson.

After pops passed away, momma lived with me and my young son. Once a widow, she realized she had never lived alone and she did not like it one iota. The three of us had fun and made wonderful memories together. Then came that day when she was diagnosed with a fast-moving, life-stealing terminal illness.  For the first time in my life, I saw fear in my mother’s eyes.

That night, after putting my son to bed, we cuddled, prayed, and tried to wrap our minds around a future we did not want to face. We talked of practical things; made logical plans. Then, mom asked me to turn out all of the lights. There was something strange and distant about being together, yet separate, in the dark. I couldn’t see my hand in front of my face.

“Don’t you want me to turn on the lamp, momma?”

We were just there in the dark for some time. Many minutes passed with nothing said and I thought she’d gone to sleep. Her tender voice started and she began to tell me the story of hainted holler, vividly, just as if I had never heard it. She reached across the covers and found my hand – holding tight as she told me of holding fast to Becky’s hand in the dark trees. When she finished, and the little girls had made it safely home once again, she was silent once more.

“Momma, I love that memory.  I know it by heart.” I whispered.

The strongest woman I ever knew, with a tremble in her voice, said, “Will you walk me home?”

With my heart in my throat, I reached over and took her in my arms just like I would do my son.  She suddenly seemed so small and fragile.

“Don’t be afraid momma.  I will go more than halfway. I will walk you as close to the gate as I can go.”

I climbed up on momma’s bed and wrapped my arms around her. I placed my mouth just by her ear.

“Momma, it’s okay. I am strong now and I can make it. You gave me strength. You’ve been my loyal friend. We’re right by the gate. It’s okay for you to go and I will make it home. Fly.”

I find it challenging to draw a clear, crisp line between my childhood memories, my mother’s childhood memories, and proven factual accounts. Perhaps it is those old Scottish storytellers lurking in my DNA who insist I hold on to all three. Or maybe it was too many tales stirred with memory and opinion bandied about in the family kitchens as I quietly managed a cookie cutter or tater peeler. Whatever the reason, I have found throughout my life, that though I chose to utilize logic – in the end, my every decision has been drawn from a pool steeped in illusions that are lightly tempered by bone, flesh, and memory. I wouldn’t change a thing.