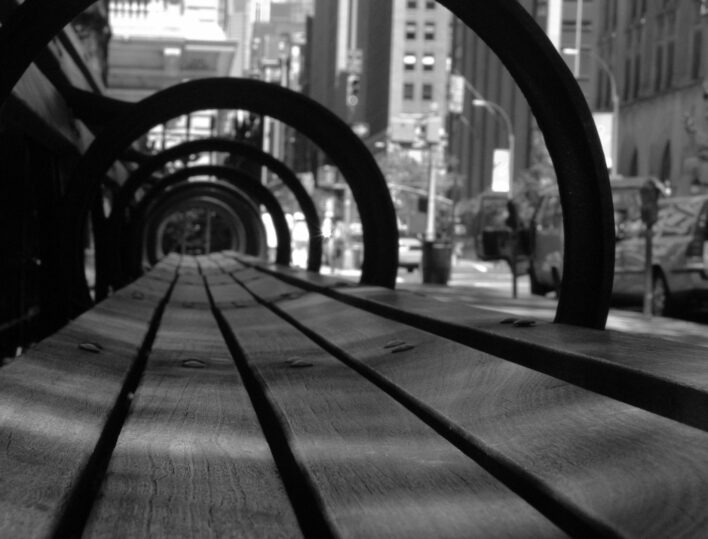 My Southern legitimacy lies in being a native and lifelong citizen of a City that was once largest in the South and called its Queen City, la Nouvelle Orleans in l’Isle d’Orleans in SE Louisiana (the place whose bankers’ ten dollar francophonic dollars it’s said gave rise to the name”Dixie”). We drank Dixie 45 beer,last of the old pre-artisinal beers brewed here by Germans including a great uncle –that lager (recently risen from the dead) is what I grew up on,getting sips with my first raw oysters and boiled crabs and shrimp. here we like some of y’all in other parts of the South are the kind who came a long time ago and never left; we tend to stay put.

We existed before “the South” became “the South”;but after Tom Jeffferson bought us from our First Consul Napoleon the South that developed grew around us and swallowed us whole,not without some initial horror like a kid slurping her first raw oyster. We sold the part of the South once called the “Southwest” uprivers from us all they wanted or needed.

So, I guess we are kinda like mitochondria in the Southern cells; our DNA is different from the big Southern cells but we are as Southern as mitochondria are human. My father’s patrilineal ancestors came here and mostly ended up living in the outlaw isla Barataria, haven of smugglers, privateers, pirates, Napoleonic war refugees–some from Quebec where they had been in the 1600s, some from Bordeaux, Bouche la Rhone, Paris, one from Rome, some from Spain, Campeche, a Maya woman married to a Spanish creole; my mother’s patrilineal ancestors were half Pyreannaisse francophone Basques who came along with a flood of Aquitanian dairy folk soon after the war of 1861-1865 (choosing better than the barge-loads who went to Algeria) and half francophone Louisiana creoles with pre-US roots; on both sides the matrilineal ancestors were mostly Germans who arrived here along with some Irish in the mid-1800s to survive the yellow fever and cholera epidemics and become creolized and Southronized.

For a long time this place was where other Southron folk ran away to when that seemed wise or desirable; those Southern refugees gave us earlly on a large population of what a now-deceased local professor born in North Carolina described by saying every small town and city in the South had families with “eccentric bachelor uncles in New Orleans”. We don’t hunt raccoons but you can find neighborhood groceries that sell them frozen (we cooked a fishy one once on a Mardi Gras not knowing to excise the musk glands); and everything that gets washed into the rivers of the upper South and mid-Gulf south if it doesn’t fall apart first gets washed down to us along with our drinking water and either flows on out to the blue salt Gulf or ends up adorning a bank or a beach, like the driftwood and oil rig garbage strewn beach of my dad’s Papere’s family’s Grand Isle on the Gulf, which no doubt has had now and then a washed up dead mule. (“Run quick get the bushel basket and scoop net,Ti-Jean–we eating some big pretty blue crab tonight!”)

Chene Fou, Near a Crossroads

She takes her daughter’s call labelled “urgent” in the hall outside the  women’s restroom. The news that  Richard has finally died is not unexpected. But she is not  ready standing in that corridor to give the proper lengthy accompaniment and commiseration to her daughter crying in breaking grief for the loss of her father.

And it does not seem either that she should do it when seated again at the small deuce restaurant table across from her second husband. She tells Rene “Sammi called and Richard’s gone”. She tells Rene she wants to go home.

Walking silent to their car in the night of crickets and shrilling cicadas she thinks of  the country crossroads  half an hour from the Coalition office, across the bay, and just past the crossroads the turn off Rene had taken, the car rocking and bumping and thumping  her  up and down in the passenger seat on the poorly graded shell road to his first wife’s little country cottage in the woods.  They had not even waited to unlock and go into the dark cottage. She remembers how two hours  later, when they had left,Rene had gotten out to latch and padlock the  wood and wire gate  shut again before the drive in that cool Seventies September, back across the bay to let her out around the corner from the house she shared with Richard. They had kissed as he leaned across her to open the passenger door while she slipped  her feet back into her heels.

She heard the words coming to her as she stood near the bedroom armoire, spoken by Richard peering at  her over his reading glasses and his book, as she was balancing on her right foot in stocking feet, her left knee cocked out as she pulled down inverting as it went her pantyhose, her hair hanging down over her eyes in her bending down.

“You worked very late again tonight,” half statement, half question; and as that sentence reached its period the implied question mark materialized  as a brown lobed darkness, damp and trembling clinging tenuously to the inside of her inverted stocking, and falling loose and floating down heavily on to the floorboards as she pulled the final inch to free her toes.

Through her falling hair she saw the oak leaf, saw it in a moment of the future. The future from which the question mark leaf looked definitely like a period, as emphatically ending what went before as clearly as if a gavel had been slammed against a judicial bench.

Through her falling hair as she straightened up she tried to meet Richard’s eyes above his reading glasses and his bed-reading book. Their eyes did not meet.Richard was staring at the leaf, one eyebrow slightly arched. The corner of his mouth starting  to open and then he stopped it and she saw his lips compress into a line as he lowered his book. Now his eyes rose to meet hers.

Richard swung his legs into a quick rising from the  bed, his book hanging open in one arm as he crossed the six feet of floor between them before bending down to pick up the leaf by its stem pinched between his index and thumb. He held it at chest level, examining it, turning it this way and that. He lifted his book and dropped the leaf between the open pages and smacked the book shut before turning toward the hallway door and starting to walk out of the bedroom.

“Richard,…” she said to his back as he disappeared into the dark hall. No reply, no return. Lucinda tossed the wad of panty-hose onto a jumble of clothes on a chair and then sat on the chair, fumbling in her leather shoulder bag for first her cigarettes, then the lighter. The lighter flared and Lucinda silently sucked in a long hard drag, her eyes on Richard’s pillow and her head cocked back the pillow showed the impression left by his head. The smoke hit her lungs and she felt the nicotine catch and engage her whole soma like a sliding closing zipper. Her exhalation was a billowing sigh that reached out across the room toward the bed before disappearing in its own dispersal. She looked at the alarm clock near Richard’s pillow. It was one forty-six a.m. The third hand jerked its way metronomically around the circuit of the clock face with the ticking rhythm, she thought, of flesh moving with the beat of pulsing blood.