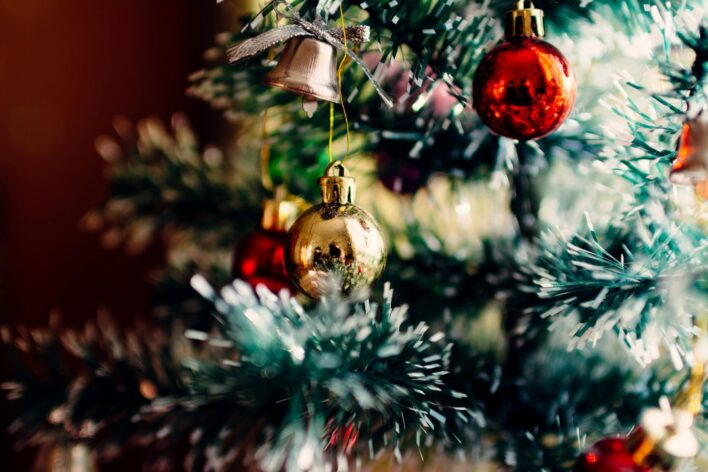 Southern Legitimacy Statement: I was born in North Carolina and spent more than half my life in the south – variously residing in North Carolina, Virginia, and Georgia. I admire Mark Twain for mighty specific reasons and Allan Gurganus for others. I have asked both authors questions. Knowing of our shared affinity for literature and painting, as well as the town of Rocky Mount, Mr. Gurganus was kind enough to respond to me on two separate occasions, himself being possessed of more immediate corporeality than Mr. Twain. I like collards and real barbecue and can prepare them myself. I steadfastly still believe that everybody should hold the door for everybody else and even if your feet are mighty sore you can’t let on and you don’t quit. Also, I support Endless Grind, Venue, Backdoor Skateshop, Stratosphere, and Black Sheep Skateshop because southern skaters are underdogs for life.

Sweet To The Rind

Browning remnants of a Christmas tree occupied the northernmost corner of the cafeteria, perched on a pedestal surrounded by wrapped prop gifts. Nettles collected in clods by its undercarriage.

Uncle Billy reached over and picked up the last bone from the flat of my chicken wing off my paper plate and put it in his mouth and sucked on it
“You can’t waste all that good meat, son.”

He was gentrified. Bona fide.

Aunt Sandra chimed in, “Did you get enough to eat?”

Squeals erupted from the next table. From under the next table. The dad’s eyes were at half-mast. The cutest fat-cheeked baby you ever saw sat, vacillating between crying and laughing at all that was good and horrible, plunked in mama’s lap with mama sloppily wiping grape jelly from his face, sure to swab extra around the corners of his lips.

“Shepard, you sweet boy. You be good.”

His brother ran between tables, headlong, headstrong, with his daddy getting up towering behind him.

“I know, Taylor. You can look at the tree after you eat this here biscuit. Those presents aren’t real. They’re empty. There ain’t nothing inside them. Eat the middle.”

“I wouldn’t let you run wild at that age,” Uncle Billy said, “You got to respect grown folks.”

“Mmmmmhmm,” Aunt Sandra said, “Ain’t it the truth. You never lie. My mamma would have had me go cut a switch — sure as you’re born. How old is he?”

The daddy was dragging Taylor up by the arm, halfway yanking the appendage out of its socket. Taylor laughed and climbed into his chair, singing in a made up language. “Heee das me dahhhh! Haga da Haga da he he yeeeee ahhh pica doh pica wawawaaaaaaa!”

They’d been to this dance before.

He continued to sing nonsense.

Shepard continued to coo and giggle.

Taylor stared into his baby brother’s eyes and at his grape stained mouth and cheeks.

“He is precious,” said Aunt Sandra, leaning over as if she were telling the mama a secret, “Just precious!”

“Does your special friend want to have children?” she asked me.

“Bless her heart. It’s only natural!,” she turned to Uncle Billy, talking at the room, “I think he’s depressed. When he was working he could keep his mind occupied, but now he’s at home all day looking at those cowboy movies and crying.”

“Even when I had the gout and my big toe was all red and everything else I only ever look at TV for feel good movies. I don’t like all this shooting and stabbing mess on TV,” she said with authority.

Uncle Billy quit chewing the end of the chicken bone and sat back in his chair.

“You might could get a job at the newspaper,” Aunt Sandra said.

People at the next table turned their heads some.

“You need a college degree for that,” I said at my plate.

“Well, if you have children, you surely need some way to support them! Children are expensive. I know that. You can feed a youngin’ cheap. Old Miss Lewis from out there on Cokey Road had seven children and she used to keep a big pot of oatmeal – and I mean real oatmeal, not that sugar-laden mess – on the stove and a big pot of popcorn with no salt like you get for a dollar from the store and when her children were hungry they could come in the house to eat as much as they wanted to and they never starved. No salt or sugar is important for the health of the child, you see. She said it was too much to cook three different meals for them every blessed day and she was right too! When you were born premature that was expensive and these doctors are not always right. We had to put that topical something on you when you were small. Oh, my goodness! When I had gout the doctor said I don’t need to bend my toe at all. People come in with all these strange things on their body and sometimes its fatty tissue and sometimes it’s a cyst, like my friend from the Baptist Church Martha Matilda Jones had. Her maiden name was Wilson. You remember she married that boy from over in Saxapahaw. His daddy used to own that hardware store and he married her straight out of high school. You were in the hospital for the longest time. They wanted to operate on both my feet because I couldn’t stand the swollen toenail and my foot was always turned left that I remember and it had me feeling some kind of way. Does this tea taste sweet to you? It tastes like half and half to me. I don’t think the girl mixed it right.”

Squeals and coos carried on from beside us.

Aunt Sandra took a breath and I was some relieved. She took a drink from her wrong tea.

“I think they might be kin to us, Billy. That girl favors Pattie some, or at least looks like a Jones in the face.”

Shepard and Taylor’s father stared at his paper plate. He smiled at his littlest son.

Taylor stood in his chair and cutely wagged his finger at his father, “Uuuuuaahhhhhh No! No! NO!”

“Taylor, do you see the stars outside?”

“Bless her heart,” said Aunt Sandra, “She must be sweet to the rind.”