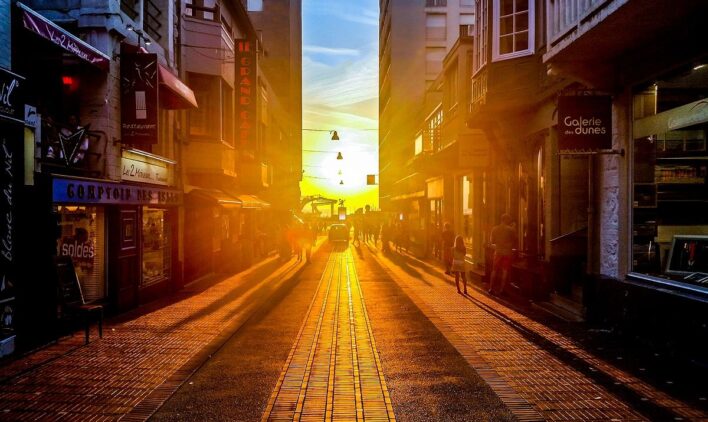 Southern Legitimacy Statement: Erik Peters is a teacher with a love of the American south. Whether it is southern comfort -of either the welcoming kind or the sort which warms your throat around a campfire- or country music, the south’s culture of rugged individualism has become a hallmark of Peters’ interests and writing.

I walked out of the air-conditioned lawyer’s office and into the muggy summer heat. It felt like passing through an invisible wall of sweat, dust, and car exhaust. Main street stretched away in either direction as ugly and grey as ever.

I looked down at my purse and shoved the papers into it. I was me again. That beer-swilling, porno-watching bastard was now totally out of my life…and out of my name. But beneath the triumph was something else: I put it out of my mind. It was a long walk back to mum’s place, and I had no money for a coke…or, better yet, something stronger. Should have asked for a cup of water in the office, or just drunk from the bathroom faucet. I thought to myself. Oh well, too late now, it would look silly to go back in.

Thirst gnawed at the edges of my mouth as I turned and walked up the stifling street. When I reached the cross walk I pressed the button and then tried to stand in the shade of the lamp-post. I looked at my phone, but the blazing sunlight made it hard to see anything through the cracked screen. That was when an approaching shadow caught my eye. I glanced over and saw a familiar face, still bearing the sincerity and softness which it had had in high school, the last time I’d seen it.

It was Brad Sherwood. I had dated him very briefly in our senior year when my mum had insisted that we go out, but we were too different: he was a total prude. Our parents were Church friends and thought we would be a good pair, but they didn’t know what they were talking about.

Now, as I saw him coming, all those memories of fights with mum (and dad) and the longing for freedom inundated my mind. Mum was always trying to tell me how to run my life, It was way easier on everyone when we only talked on the phone every few months and avoided the subject of ‘love’ at Christmas dinner.

Brad did not notice me. He was holding a little girl -maybe seven years old- by the hand and had a baby in a carrier on his chest. A ring glinted on his finger and his Polo golf-shirt and Birkenstocks betrayed a steady job. He had really grown into those shoulders and now that his skin was clear (or at least clearer) he actually looked not bad. The little girl (his daughter?) was telling some rambling kid-story while he smiled and listened intently as only a parent can listen to those bizarre tales.

That’s the problem with coming back to a small town. I thought. You can’t avoid all the annoying things in the past. He was always such a mama’s boy, even as a kid: so boring, always did as he was told. Well, when I can get a new job -away from the beer-swilling asshole- I’ll never have to see Brad or this place again.

Brad and his daughter passed, and, as a wave of heat radiated up off the asphalt I felt my thirst return with new vigour. I crossed the street but could not help looking over my shoulder at Brad’s back as he and his daughter disappeared into an ice cream parlour. I will never tell mum about this or she’ll rub it in.

When I reached the far side of the street I cupped my hand over the screen and looked at my phone. Monica still hadn’t texted back. I’ll call her again when I’m out of this heat. I thought. That stupid futon is a back-killer.

I stared off down the street in front of me: not a tree or tall building to offer a shadow as far as I could see through the dust-haze.

When I finally approached home I could see mum reading on the front porch: so prim and proper. Normally, I’d have been dreading her stupid advice, but now all I could see was the cool glass of water on the little end-table by her side.