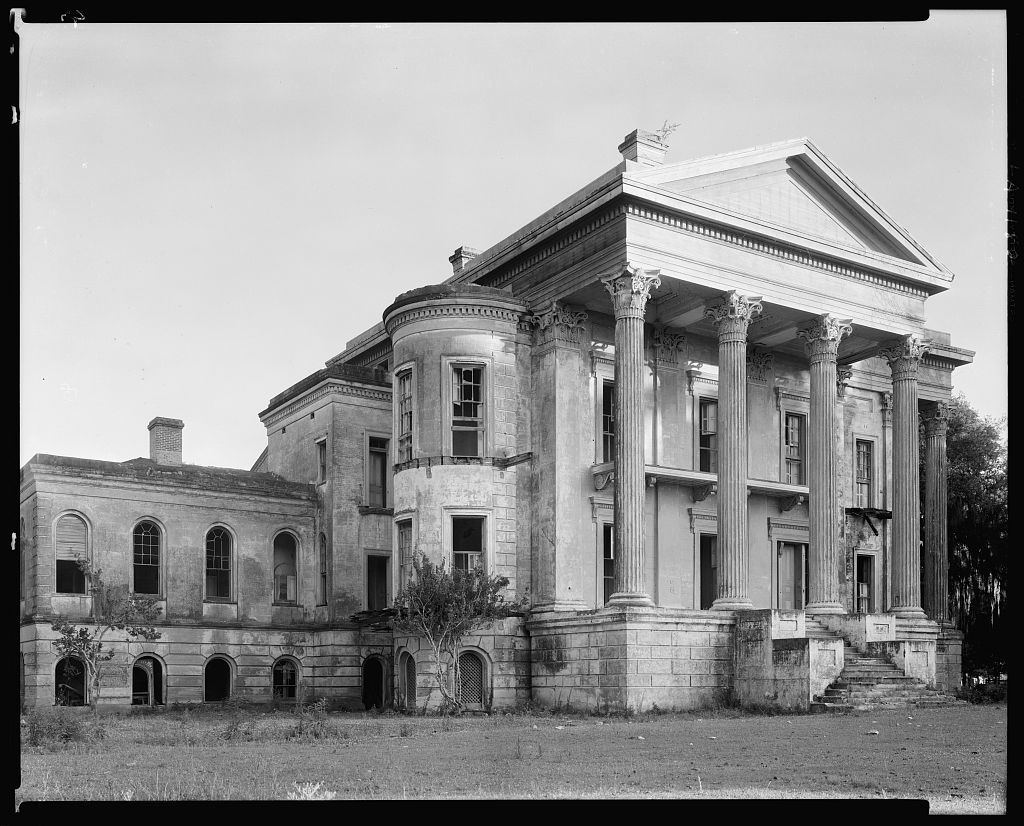 My Southern Legitimacy Statement:  I was raised “in town,” which means Nashville, but my mother’s family comes from Bell Buckle, which is near Hatchet Holler where my mother was born (she says “borned”) in a shack that has probably succumbed to gravity by now. I can fry okra, like salt on my watermelon, and I know what to yell to get the cows back to the barn.

Frank kills the headlights, rolls to a stop between the three-story plywood skeleton and a dumpster full of scrap wood. He eases out of the car, pans the lot to make sure he’s alone and pops the trunk. Priest Lake Park. Lake-front Luxury! Even unfinished, this place is so much grander than his own subdivision, Edge-O-Lake, which people now call Edge-O-Strip-Mall. The funk of fried fish from the new Captain D’s hangs thick in the air by noon; the entrance sign’s O is peeling like it’s sunburt.

He starts loading the trunk. He could have a house on this bend or terrace if he sold more cars, if people started getting their jobs back, if Jimmy Carter weren’t President. He pulls long breaths through his nose like the Army psychologist taught him, focuses on his immediate short-term goal: the dumpster, the scrap wood for the hutch, his father-son activity with Rod, still asleep in a pool of piss. It would have taken too long to get him up and ready. Thirteen, still wetting the bed. A sleepwalker too. Frank and Cheryl keep a croquet set in front of Rod’s bedroom door so they’ll know when he’s out. Cheryl says Rod has problems, but what problems could a kid have who’s never gone hungry? Who’s never watched a man die? The father-son activity – raising rabbits – was Cheryl’s idea.

When Frank was thirteen, Mr. Fox caught him stealing a chicken. Frank’s mother was feeding three kids poke salad and stale hand-out bread from the church; his father hadn’t come home in weeks. So it’s Mr. Fox’s voice Frank hears when an over-punctual construction worker comes barreling across the muddy lot, tools clanking in the loops of his overalls.

“Morning!” Frank waves and smiles because you never know who might need a gently used car.

“This is private property! Can’t you read?”

Frank looks down at the trunk not quite full of scrap. He goes to close it, but a hand’s already in the way.

“Well I’ll be! We pay good money for this wood, and your kind just come and help yourself.”

Frank takes out his wallet. “Ten dollars.” He’d have paid less at the hardware store, but he holds out the ten anyway.

“It’s not worth twenty.”

Frank hands over another ten, and the man walks away, laughing.

“To slaughter a rabbit,” Frank says at the breakfast table, “first you grab it by its hind legs and give it a nice lick on the head with a sturdy board.”

“It’s over quick except for the bleeding. Out the nose. Gotta watch your shoes.”

Rod’s eyes grow wide as saucers like he’s never had to kill, which he hasn’t.

“Skinning’s easy, just whips right off. You have to soak the meat in brine to get the gamey taste out.”

Rod asks to be excused.

“You’ll eat your Cheerios.” Frank grabs him by the arm and slides the cereal in front of him. The box says Toasted Oat Rings.

Rod asks why Brandon doesn’t have to come to breakfast. Van Halen’s guitars purr through the walls like white noise.

Frank looks to Cheryl for an anwer, which is they’ve given up trying, their life is easier if he just stays there, they’re tired of every breakfast and dinner being a fight. He’s 16. They haven’t seen him in weeks.

“Thou are not thy brother’s keeper,” Cheryl says finally. “Now eat.”

Rod has his voice lesson after his Saturday job at Fran’s Poodle Grooming, then choir practice. So he’s MIA. Frank thumb-tacks the picture of his father’s hutch onto a hackberry tree. The black-and-white photograph shows a slight man sitting cross-legged on the ground in front of his handiwork. Grinning. Industrious. Ecstatic. He’s just built the best hutch in the world! Frank’s heart races. He focuses on his immediate task. He breathes in through his nose and out through his mouth. He keeps measuring, sawing, hammering, nailing. Frank couldn’t have helped him. He was just a teenager. One thousand per cent there or missing for weeks at a time, his father shot himself a month after Frank went off to college on an ROTC scholarship. Frank focuses on the pile of scrap wood.

The hutch takes shape: two compartments with chicken wire walls and a chicken wire floor. Frank doubles up so the holes won’t be so big, but the roll of chicken wire donated by the church isn’t enough for both compartments. His plan was to make a double floor – one of wood below that would slide for easy cleaning like his father’s – but there isn’t enough wood, and he’s not about to go back for more. And the legs will have to be shorter.

Rabbit acquisition is Cheryl’s job. A week after Easter, the classifieds brim with free-to-a-good-home bunnies. “They should donate them to poor families,” Frank says at dinner. “Shame to waste the meat.”

“He hasn’t been out there one time.”

“He’ll take care of them when they get here.”

“I’ll believe that when I see it.”

The next afternoon a pretty PTA-mom stands in the driveway with two rabbits: a fat white-and-black Himalaya and a little brown Easter bunny. The ten-pound bag of generic food that smells like hay is a bonus. PTA-mom wants five dollars for gas, says it’s the least Frank and Cheryl can do considering the crisis and all. Cheryl hands her a ten, says she doesn’t have a five. Neither does the woman. A staring contest ensues. Cheryl buckles, says it’s just five dollars, maybe PTA-mom could give it to the church?

Cheryl chooses the names Scarlet and Beau, like something from Gone with the Wind. Scarlet looks like a busty rabbit version of her movie namesake, Beau like the simple thing he is. Neither looks like the kind of rabbit you’d want to eat.

The next morning the water bowls Frank put in the compartments are turned over, so he buys drips from the pet store for 15 dollars. Each. On the third morning, Scarlet and Beau are out of their cages, nibbling on dandelions between the house and the junipers. The next day, Frank’s up at dawn to work on his cold-call list of customers. The rabbits are out again, some dog is howling a few streets to the east, and Rod is nowhere to be seen.

Frank gets them back in their cages and reinforces the chicken-wire doors with blue electrical wire, the hutch wobbling wild with the winding. The picture of his father and his rabbit mansion is still hanging on the hackberry tree. Frank untacks it, slips it into his pocket and gives the hutch a few whacks with a shovel at the four corners until it feels steady.

“It’s a mild flavour.” Frank’s telling his Bible study group about the rabbits, forgetting they’re pets. “Depends what the animal eats, if it’s wild or domesticated, if it’s fed on cornmeal or generic food that smells like hay. There’s a trick with brine.” The men and women, holding the Book of Job open in the their laps, drop jaws like they’ve never gone hungry. “They’re useless as pets. All they do is stare and shit their cages,” says Frank, forgetting he’s at church. “It’s a father-son activity.” He laughs, and someone asks why that’s funny.

That evening, with the neighborhood dogs barking and Cheryl yelling her head off that he should come on, dinner’s stone cold, it’s dark and why is he standing out there anyway? Does he have gas? Frank leans against the hutch, concentrates on steadying his breathing. He’s still asking himself the question. Why should it be funny that his sons can’t stand him, that his bedwetting sissy of a son is afraid of him? It scares Frank to think these thoughts, makes him lean on the hutch harder. He’d always wanted a son, just maybe not these two. Beau hops over to the door and sniffs Frank’s hand. “You little shit,” says Frank. “You’re just hungry.”

After dinner, with Cheryl holding his head straight toward the mirror so she can trim the hair on Frank’s ears, he’s still asking himself the question.

“Lord, Frank. Hold still. I just about cut your ear off.”

Cheryl snips, says how she wishes he’d let her do it the right way with a match like she learned in beauty school but she knows he doesn’t like the sound of matches striking and the fire, she knows. But it’d be faster, she says, with a birthday candle. She rambles on about candles and cakes and how it’ll soon be Brandon’s birthday. Says when she asked him what he wanted, he said to be left alone. But Cheryl thinks a tie.

“What are we going to do with them?” Frank says.

Cheryl stops snipping. It’s a strange question, she says. Keep them, she thinks, but that answer sounds even dumber than the question.

“I mean why . . .” Frank turns to say something, but Cheryl takes his head firmly in her hands and turns it straight to the mirror.

Frank sits straight up wheezing. His father, a dream-monster ten feet tall, is there in the room, his hand on Frank’s shoulder. It’s softer than he thought it would be. Then he’s jumping around, hammering and sawing, explaining every move but so fast and so excited and laughing so loud that Frank can’t make heads or tails of it.

“It’s OK,” Cheryl says, rubbing his back. “It’s just dogs barking.” She’s sure Frank’s having a PTSD episode, but he’s not.

“Those dogs are going to drive me to distraction,” Cheryl says.

The familiar sound of croquet mallets and balls hitting carpet means Rod is out of his room. He’s standing at the bedroom door.

“We had the best day,” Frank says.

Cheryl says, “I know I know,” but she doesn’t know.

“Honey, we can talk about it in the morning,” says Cheryl. The room reeks of urine.

“The Devil,” says Rod, “was standing at the foot of my bed, laughing. He was big like Bigfoot.”

Outside the growling’s close like it’s in the yard. Frank rubs his eyes, says maybe he should go check on the rabbits, says maybe this father-son thing was a mistake, that Rod needs to stop crying and go back to bed. It’s just dogs, Cheryl keeps saying but Frank’s already putting on his pants and shoes. It’s not a big deal, they’re safe, she says just as there’s a crash, a struggle and the satisfied sounds of dogs taking what they want.