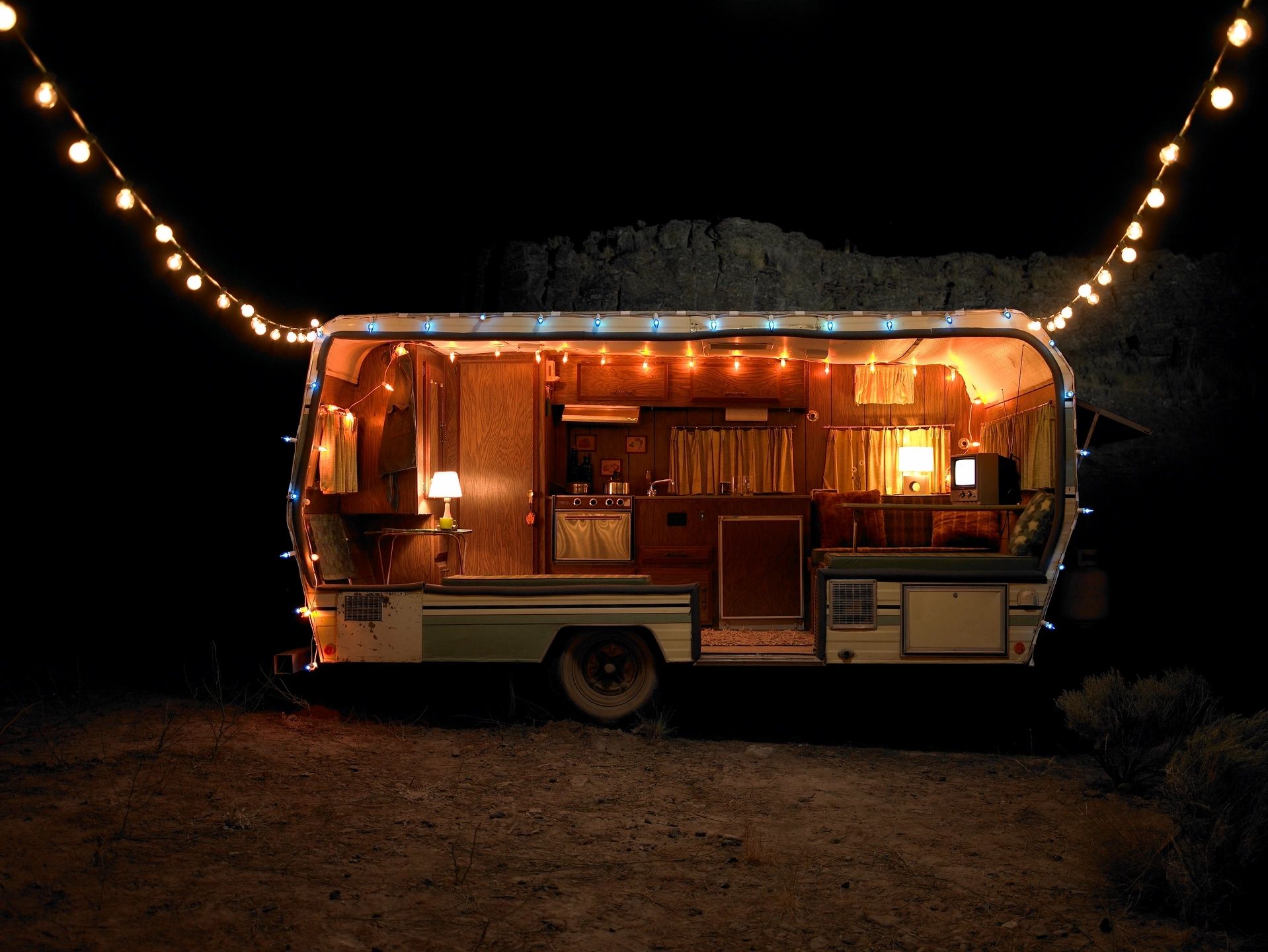 Southern Legitimacy Statement: Just doodling ’round during the pandemic and thought I’d drop you a few lines. I’m still a tater-eating, ex-cotton picker from the Missouri bootheel, living in the great state of South Carolina, the city of Charleston.

After a lot of talking – to myself – what Velma called – airing up the tires so I could get on with it – I park the Caddy on the corner and head up the sidewalk to maybe patch things up, if not, pick up my stuff, records, magazines, tools, things like that.  We usually patch things up quick.  That’s what most folks do, and Velma and I, we’re like most folks.  When we bust up, we get back together.  Unless she’s on a bender, then it might be a couple of days, a week, maybe a month is the longest it’s ever been before she comes to her senses.  I hope there’s beer in the fridge, that she ain’t on a bender.  That she ain’t drank it all.  It is, after all, my beer.  I paid for it, brought it in the house.  My hands had placed it in the fridge.  My hands wanted to take one out.   A beer was what I needed before I square things with Velma.

My head is high and I’m whistling as I stride the sidewalk to Velma’s.  The sidewalk, where the slabs come together, you know that place, where the dirt gathers, no matter what you do, you sweep and sweep and sweep, but dirt’s always there, in that place.  There was more than dirt in the cracks today.  Dandelions poking their heads out.  A gopher colony of little weeds, not in every crack, but enough to notice.  I did, and the neighbors did as well. The next-door ones that were looking, Pete Comstock and his wife, Tilda’s, her name.  They needed tending, the dandelions, also the yard, it needed it too.  A good mowing.  Pete had mowed his, it had a fresh-cut appearance, his yard, unlike the one I had been responsible for.  Velma’s place was spotted with ankle-deep grass, where there was grass growing there were lumps of it.  Where there wasn’t, there was dirt.  Patches of scraggly hair on an otherwise bald head. This is what it looked like, Velma’s yard.  My responsibility.

He’s got a beer in one hand and his other hand has a grip on Velma’s waist.  Her arms are looped over his shoulders.  Her nose is nestled in his neck and they’re barely shuffling their feet side to side, although the beat is a lively one.

“Don’t mind me,” I say, entering the room.  The screen door snaps shut but no one seems to notice, not Velma, her eyes are closed, or the shoeless guy with his hand tucked in Velma’s waist.  He’s wearing a crème shirt with bright blue flowers and wooden buttons.  Every third flower has a hummingbird hanging around, poking its nose into the fabric.  Hawaiian print I think they call them, the shirts.  Shoeless Guy’s is untucked, unbuttoned too.  I notice it’s silk as I brush by him on the way to the kitchen, – that it was untucked and unbuttoned – I saw from the porch.

I go to the kitchen and grab the last beer from the fridge.  The countertop by the sink’s covered with empty bottles.  Some of the bottles have labels, some have been peeled off, leaving a pasty-white residue on the penny-colored glass.  One bottle stands upright, it’s half-filled with water and strands of brown tobacco from cigarette butts float like sticks in a muddy river when I shake it.  Caps too, are on the countertop, along with a Pepsi-Cola church-key that belonged to my mother.  I stick it in the pocket of my shirt.  There’s a pot of pasta in the sink – angel-hair that has not been strained.  The sauce on the stove burnt black and blue, and I don’t have to see the cheese to know it’s bad.  My nose tells me this, the smell.

Back in the living-room, I crack the beer, flop on the couch and watch them dance.

“Don’t mind me,” I say to Shoeless Guy, in case he didn’t hear me when I first entered, “Dance away.” He responds, but only with a head-nod, and then only slight.  He doesn’t come right out with a voice, doesn’t say, “Okay, I won’t, but only if you insist.”  He doesn’t say that, or anything out loud, but his eyes size me up over the top of Velma’s head, her chin burrowed in his chest.  He reaches for a lock of copper hair, threads it around his fingers, puts it to his lips.  Kisses it, then grabs a fistful, pulls hard so her head tilts back, then he bends and kisses her lips.  After this, he looks at me, “Okay,” his eyes say, “Only if you insist.”  They say this in a sleepy, drunken kind of way.

I have to give it to Shoeless Guy, he can dance.  He spins Velma around and dips her, one arm around her waist, one hand holding hers, puts her down low so the tips of her hair touch the carpet.  He keeps her there for a couple of beats, then pulls her into a close embrace.

They kiss and I finish off my beer, leave the empty on the table and go upstairs to retrieve my belongings.

Under the bed, next to a pile of dirty clothes, my socks, my underwear, things like that, and one of Velma’s bras, is a pair of shiny new loafers with leather soles that aren’t scuffed.

Only one reason I know of a man’s shoes being under a woman’s bed.

Back in the day we craved sex like candy.  Velma and me, but she craved something else too.  Velma had a sweet tooth for dysfunction.  Not just her, I had one too, back in those days.  Velma, and me, anything to set us off.  The simplest things.  We were never in step.  A trip to the mall and I’d make a wrong turn.  Turned left, when I should have turned right.  I heard about it.  Loudly, I heard.  Parked too close, or too far away from the entrance.  The wrong entrance.  Always.  Even when dancing we couldn’t stay in step.

Velma didn’t drink when I met her, but I did.  I taught her how.  What a good partner to take up my hobby.

Years we lived that way.  I remember some of them.  Others I do not, then I went on the wagon.

The fact I was on the wagon and she wasn’t, didn’t help.  I’d come home from work, shower and shave, make a sandwich for myself, one for Velma too and head to a meeting in the basement of the Baptist Church.  Seven nights a week I did this.  This was my routine.  Ninety meetings in ninety days my sponsor said.

A week later we were at each other’s throats.  The smallest things setting us off.  The fireworks.  The wrong kind of action.  That’s when I slugged her.  We were dancing and I said, “Velma, change the record.  Put on something slow.”  I pushed her towards the phonograph and the record skipped.  That’s when the arm flew up and the needle scratched.  I threw the LP across the room.  It hit a wall.  We had too.  She raked my face and I slugged her.  Many things were broken that night.

I kick off my sandals and put on a pair of dirty socks, then I slide my feet into the shoes.  I wondered where they were when I came inside and saw Velma and Shoeless Guy barefoot. Now I know.  Under the bed next to my dirty socks, and Velma’s bra.  The shoes fit, so I walk around the room and pick up the rest of my dirty clothes.  Clean ones too.  I pack up shirts and slacks from the closet.  Empty out my half of the dresser.  A pack of smokes and a Zippo lighter in the drawer of the nightstand on what had been my side of the bed.  The cigarettes weren’t mine, but the lighter was – With love, Velma inscribed on the back.

I pull a cigarette from the pack of Lucky’s, tap it against the Zippo, once, twice.  Out of habit, I do it again, three times total to pack the tobacco, then I light it, and stuff the lighter in my pocket, along with a couple of buffalo nickels.   My lucky penny I find in the bowl by the alarm clock.  I rub it between my fingers, flip it in the air (calling heads or tails) until I win, then it’s in the pocket with the nickels and the Zippo.

Cigarette break over, I go back to work.  Rummaging, reminiscing, emptying drawers into garbage bags.  I smoke three cigarettes packing up the past.  The music stops as I stub the third one out.