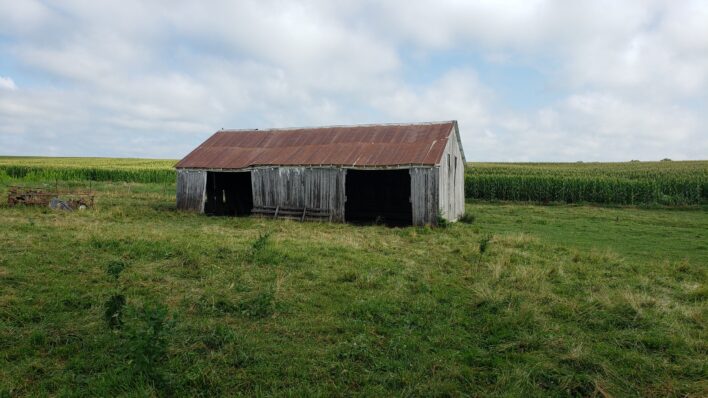 Southern Legitimacy Statement: I am a Kentucky boy who is born and raised in the foothills of the Appalachian Mountains that is telling a story about going to the Dollar Store. Plus Fried Taters touch my soul.

A Trip to the Dollar Store

I did not have a Granny that lived nearby.   My mother’s people where from up north and she was unfortunately a Yankee.   She did her best to overcome this but slight bits of New England crept into her voice from time to time.   My father’s mother had died the year before I was born.   This left me bereft of grandparents in the immediate area.   I did however have an Aunt Carolyn that lived nearby until her recent death.

Carolyn has always loved two things in her life, coffee and cigarettes.   One of the most sacred tasks that anyone in the family could be given was to “run in yonder and fetch my cigarette lighter”.   This was not the simple task that it may seem.   My Aunt Carolyn’s kitchen had approximately 2,437drawers that you had to rummage through to find her lighter.   The task was made even more difficult by the fact that she changed the drawer she kept her lighters in weekly in order to make it more difficult for other family members to steal them.     Also, her house was haunted and you never knew if you might be kidnapped by a ghost or spirit.

Another fun fact about my aunt is that she loved to gossip.   She would spend many summer days on her front porch smoking and sipping coffee.   It seemed like during these evening everyone in our town would stop by to chew the fat.    Police officers would stop by and tell about their latest arrests, local politicians would tell her about the scandal at the city council meeting, and neighbors would tell who was cheating with the local bad woman.   Carolyn spent nearly every evening in this fashion as she rarely ever  went to town.

When I was about 10 my father who was a UMWA miner went on strike right before school started back.   I don’t particular remember doing without too much because my parents sacrificed to see that my brother and I had what we needed.   I spent my evenings playing in the large park that my parent’s and my Aunt Carolyn’s house looked out on.   I guess I was pretty much foot loose and fancy free in the way that only ten year old can be.    I know for a fact I was not overly burdened with the fact that I wouldn’t have new school clothes.

My Aunt Carolyn however did not share my opinion of the matter.   As I was playing she called me over to her yard.   When I arrived she told me to get my good shoes on and meet her at her car.   I was confused by this but did as I was told.   When I arrived back we loaded up in her car and headed to town.   When we arrived at our destination I was confused as why we wound up at the Dollar Store.

We went in and even though my heart longed for the miniscule toy section Carolyn marched me to the clothes.   We probably spent twenty minutes total in the clothes section but it seemed like she made my try on everything in the store.   When we left she had purchased three new outfits for me and informed me she just couldn’t stand the thought of me worrying about school clothes and that these where going to be my new wardrobe for school.    I thanked her profusely and when we arrived home I took my clothes home and put them away for school.   At the time I was very confused as to why she wanted me to have new clothes so bad when I wasn’t even worried about it.

As I aged I was able to piece several things together.   My grandfather on my father’s side of the family died when my father and aunt were quite young.    Granny Creech had few marketable skills other than being a hard worker.   My dad and my aunt went to work when they were still children.   Dad was a shoeshine boy who managed to a bike for both his brother and himself, Carolyn was a maid for hotels and people in the community.   She also sometimes was a local babysitter.

My dad and my aunt both grew up doing without and had worked very hard to see that their children did not go through that.   Even now I do not think I know the depths of their poverty or the amount of work it took to plant their families firmly in the middle class.   I realized very early on that my father did not treat any one person different than the other, regardless of their apparent financial standing.   I once asked him about this and he told me that he was so poor growing up that he knew his family was no better than anyone.

I also know that my aunt sat on the front porch watching a little boy who was all elbows and knees play.   She gossiped and smoked and drank coffee, but she also worried.   She knew the pain of having to wear hand me downs and the effort of scrubbing toilets it took to get new clothes.   She worried that someone she loved would feel that pain.    She made a choice to not let that happen.

I am older now and the wound of losing my aunt is fresh.    I can tell you many things about her.   I could tell you that she picked out the ugliest teal and peach short set to ever be put on a boy.  One of the other outfits was brown and peach.    I could tell you I am not sure she had an eye fashion but I would rather tell you she knew what love is.