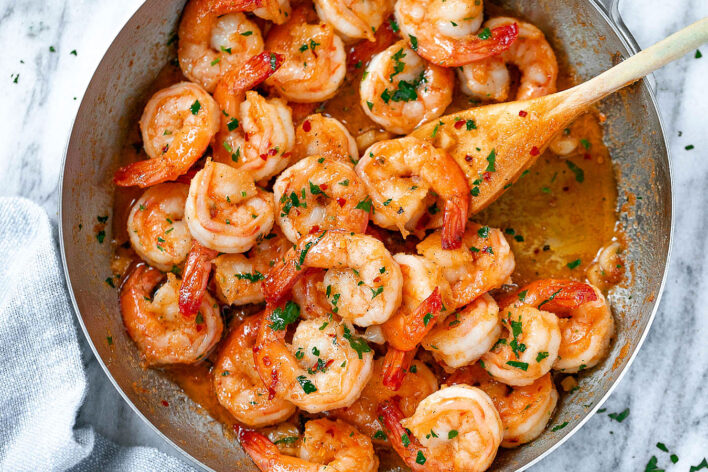 Southern Legitimacy Statement | My Dad was born at the Hotel Dieu in New Orleans, and none of his family had ever ventured far past the Mississippi River before he did. Though born in Texas, I grew up in Belle Chasse, LA. (the boot of the boot of Louisiana) from the time I was in fourth grade and only left the south in my late twenties for four years. I couldn’t stay away any longer than that. I currently live in Birmingham, AL.

The meal began with a journey. Over not one but two bridges, through a tunnel, just a little way past the Piggly Wiggly, and after precisely one u-turn, we would arrive at Louisiana Street. The Shrimp Lot itself was nothing more than twenty-odd open-faced ramshackle huts pressed tightly together on an uneven shell lot. If you happened upon it by accident, you might believe for but a moment you had stumbled into a depression-era shantytown. And rather than families hunkered down protecting what little they had from the elements and the economy, the shack-dwellers invited you in.

There was a slight air of regret that permeated the lot, something tired. As if even it knew that it had missed being nestled snugly in the cradle of the Mississippi River in a more historic neighborhood by just five blocks. With the glaring plasticky signs of the common big box stores you could find anywhere in America just on the edges of view at the top of the shacks, the Lot felt less than.

Crude tables made from boxes held ice chests full of iced-down shrimp, soft- and hard-shelled crabs, and if ‘twas the season, crawfish. Hastily hand-written signs had prices that were more suggestion than anything else. Haggling was encouraged, expected, and when done right, respected.

My dad would hold my hand tightly in his and drag me from shack to shack. Ice chests flipping open and closed with a constant steady stream of chatter.

“We just caught these fresh this morning out in the Gulf. Our nets were full, but these are going fast, fast.”

“We weren’t having no bites earlier in the week, but yesterday…wooheee. Look at these red fish right t’chere.”

Every fifth or so flip of the ice chest lid would reveal the scuttling sounds of live crabs, grappling for purchase in their new igloo gallows. But live crabs were only for extra special occasions that called for a boil – graduations, family reunions, and that one time when my mom’s family visited from upstate New York and my dad wanted them to have a real New Orleans-style experience.

We were there to gather ingredients for our once-every-few-months feast of fried shrimp (my favorite food), fried soft-shelled crab (my mom’s favorite), and shrimp gumbo (my sister’s favorite). And my dad’s favorite? I believe his favorite must have been dragging me around by the hand until I was red-faced and slowly dripping into a sweaty puddle from the humid air before deciding to return to the very first shack we had stopped at an hour ago to buy seafood.

It was a relief to get home and slowly unwind the seafood from their tightly packed newspaper wrappings. My dad would blast a mix of The Drifters, The Temptations, Otis Redding, and Three Dog Night as we all settled down to the kitchen table – not to eat, but to peel. There was a speed at which it was acceptable to peel shrimp, and a speed which it was most decidedly not. Our fingers flew in smooth rhythm as we competed to see who could be the most obnoxious when hitting the high notes of Cara Mia by Jay & The Americans. Then, my sister and mom would work the gumbo at the stove, while my dad and I took charge of frying. While their cooking was mostly in tandem and silent, our side of the kitchen was a flurry of questions and directives aimed at me at breakneck speed.

“How do you know if the crab is a female or a male?”

“This is how your great-grandmother did this.”

“Where do you cut the crab before frying?”

“How do you line the tray?”

The tray was a cream-colored melamine mess hall tray from my dad’s days in the Airforce. It hung off the sides of the counter, and could hold well over four pounds of seafood. The Airforce logo in the corner still remained unchipped and fresh from its heyday in the seventies. When asked why he took it, my dad would always shrug as if to say who’s to know why we do things in our younger, childfree days. With a glint in his eyes, he would say, “I was just really hungry that day.”

A rinse of water, light dusting of fish fry, soft fry until golden, not too long, now.