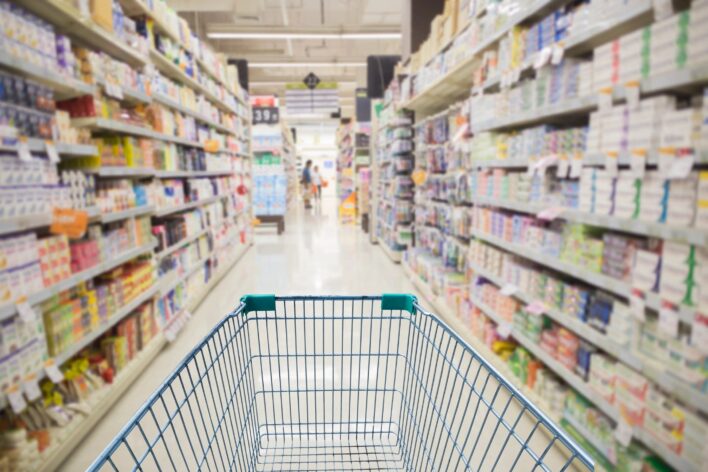 An ugly ruckus gets its start,
The aisle of wine turns weirdly wild,
When some man drives a shopping cart
Into one holding some small child.

Although the youngster is unhurt,
The mother quickly takes offense;
She puts the culprit on alert
With words and slaps beyond good sense.

He grabs a bottle from a shelf,
Then wields it toward the sudden shrew,
In order to protect himself
From anything she could yet do.

The father soon becomes involved,
Grabs his own bottle for a fight
About what would have been resolved
Were every member here polite.

The bottles, broken, are not dropped,
So both men suffer many cuts
Before the donnybrook is stopped
By others unafraid of nuts.

Police arrive once they are called,
Determine who may be at fault:
The suspects, three in all, are hauled
To answer elsewhere for assault.