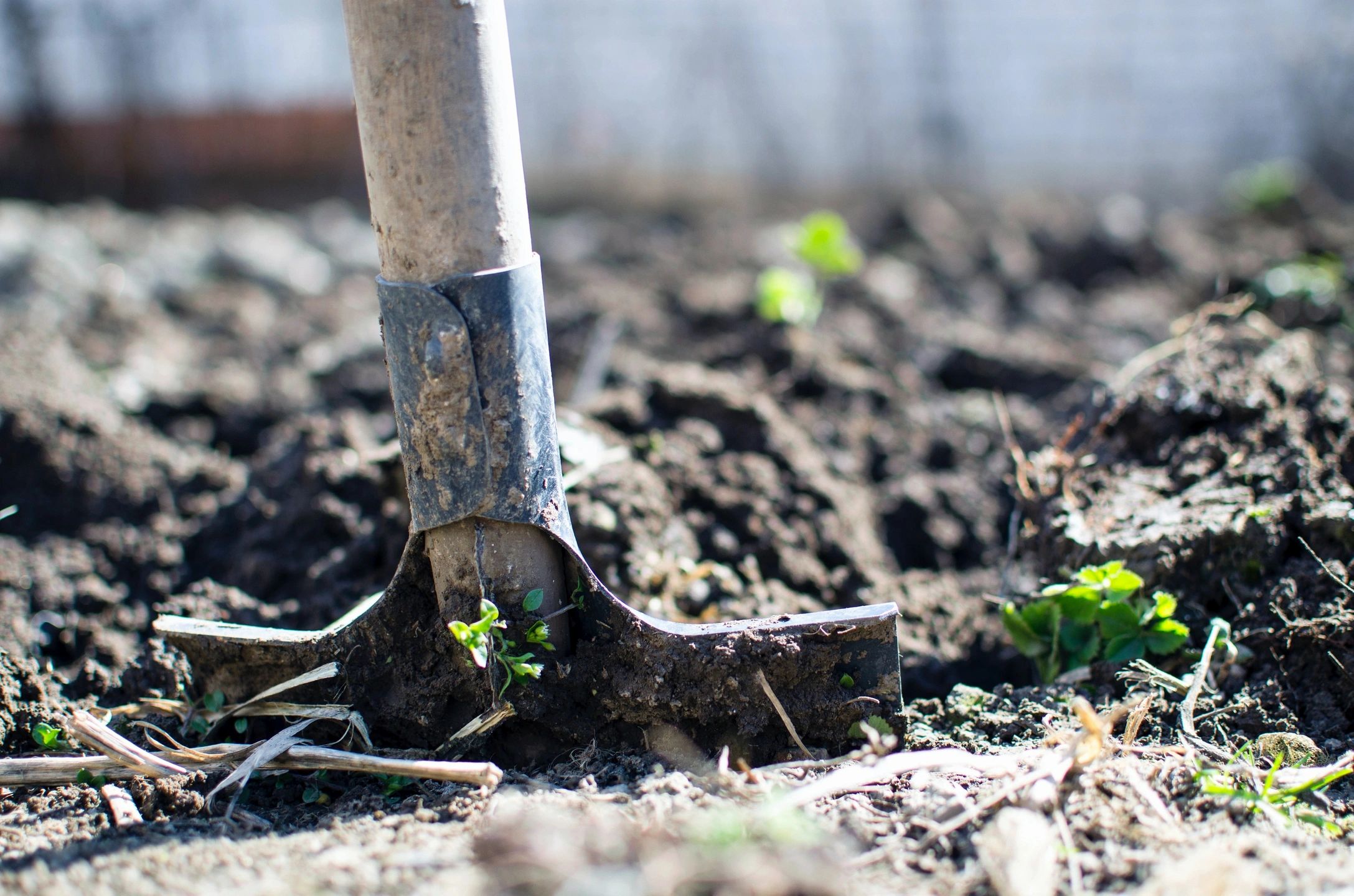 Southern Legitimacy Statement: I grew up in New York with dyed-in-the wool Southern parents. They arrived in the city during The Depression determined “to make it,” as my father said, and they did. But they brought along with them the unwritten Southern rulebook of “shoulds” and expectations, which I called The Magnolia Code, and against which I, as a little girl named Cactus Pete, rebelled. But I have learned that you cannot erase your past but instead you can risk to find your real self: by including parts of your heritage, by daring to take new paths, and by hopefully living with the consequences. As my Aunt Billie often quoted Oscar Wilde—in her messed up way—“might as well be yourself, everyone else is taken.”

I Can Hear the Music

In 1963 Mother and I were in Egypt on our way from Cairo to Luxor. It was only early spring but inside our hot, non-air-conditioned car the air was muggy, almost sickening—the guide/driver in the front seat had his arm out the wide-opened window, his white handkerchief mopping his brow.

Half-way through our trip Mother began a story that seemed to come out of nowhere but, as she recounted her memory, I fell into seeing the scene she described, foremost in her mind. “In 1932, when I was twenty-five, my mother and I, with several Southern friends, traveled on a cruise in the Mediterranean. Oh, yes, I was married then to your father —probably a good three years. We hadn’t lived in New York for long, but Mother wasn’t well and she asked me to take this cruise with her. Thank Heavens I did as she died soon after. We had spent a week in Cairo before taking the train to Luxor to stay at the Winter Palace Hotel. Oh, Joanie, I so looked forward to it—we all did. I’d heard about the hotel’s exquisite garden and we just couldn’t wait to dance that night under the stars. You can’t beat Egypt for the exotic, the intrigue— just what we all thrilled to.

“And now I so look forward to showing you that garden. I remember it was full of the scent of jasmine, and oh, the band—they played such dreamy tunes, As Time Goes By, Night and Day. Mother hummed as she lifted herarms in a dancing sway. Just beautiful —every moment of that night so long ago. I can hear the music.”

Mother also quietly added, almost in a whisper, that there had been a handsome man on the cruise ship, a Southerner she hadn’t previously known, but with whom she danced that night to the magical tunes. “He was such a good dancer. He twirled me, slowly, beautifully. . . like your father does, only and— I know I shouldn’t say this—but even better.” She smiled at the picture in her head. I looked at her and imagined the charming man holding her tight in a dancing embrace. I also imagined the other young women and men crossing the dance floor, full of a held-in desire, correct for the time, but still with a longing.

“I know I looked pretty, I had had my black crayon portrait done at Shepheard’s Hotel in Cairo,” she said with a sigh as she looked out the window at the Nile’s fertile fields. I had a new hair cut—the short style of the times. I love that portrait. You know the one, Joanie, it’s in our bedroom.”

Thus it was that in 1963—Mother now in her mid-fifties and I almost twenty —as we drove to Luxor and thirty years after her cruise, the memory of the night with the special man flooded back to her. He was not just any Southern man, she pointed out, but a tall and slender one whose eye she had caught during the cruise. His hair, she told me, was a reddish blond, parted high up on the side. He wore white linen pants with a blue blazer, not the Seersucker suit that many Southern men would have worn.

And it was not just any night that she remembered but a compelling one that had lingered in her heart with a confused longing; the Southern belle who wanted to fit into Yankee New York City life, and most importantly to be the one and only for her husband.

She did fit into New York, in her own way; she loved the city with an intensity. And she was charmed by my father’s boyish ways, his good looks, his joy and humor. Plus she admired his determination for “making it” in New York after his father lost everything in the Depression. It was not at the beginning of their marriage—but soon after— that a loneliness began, one that started with a deep wish for her husband’s singular love—for she was not quite his “only” one. Father was not a bad philanderer yet—as if you can be a good or bad one— but his wandering, flirting eye was hurtful to her. I had witnessed moments of his quiet betrayal.

“And can you imagine, Joanie, as I danced with this handsome man, he told me in such a quiet way that he wished he’d known me earlier, before I had married. He was from a North Carolina town near my own, and lived there still. He whispered that together we could have captured the South, that my charm and curiosity would have transformed a community like his. He stared, those lovely eyes, but I didn’t answer, I just couldn’t.

“But for a minute, just a fleeting moment, he made me miss the loveliness, that small town loveliness of the South. I told him to stop—I really did, Joanie—but maybe it was the heat, the music. . .”

Finally Mother and I pulled up to the hotel’s front door as two bellmen came out to take our luggage, “Oh thank heavens, we’re here. Come on, we’ll leave our bags in the lobby and go to the garden,” Mother said over her shoulder to me and the driver.

We walked hurriedly through the hotel’s slightly run-down but still charming lobby toward the glass doors leading to the garden. Through the glare of the afternoon sun we spied, but didn’t want to acknowledge, the garden’s dilapidated green gates fifty yards in front. I glanced at Mother’s face and saw the beginning fear of disappointment, her anticipation turning the memory into a deep, despairing sadness. The garden was overgrown with weeds. The location where the band might have stood now revealed an overturned chair under tree branches that had uncaringly fallen across the once enticing dance floor. And the jasmine scent still hung in the air, the meanness of it mocking the memory.

The four o’clock heat seemed to intensify. We both wore thin dresses and wide-brimmed hats. On my feet were sandals while on Mother’s the always-correct, high-heeled shoes and stockings that displayed her Southern correctness. We stood in the garden for several minutes, neither of us speaking but a sense of melancholy positioned itself around us. Mother quietly walked to a discarded chair and set it upright. She looked at the broken remnants of the dance platform and put her hand to her forehead. I stood back waiting for something….something good. And as she often did, she pulled out the ever present handkerchief from her cotton sleeve. She didn’t cry, she didn’t need to express her feelings, but I felt her body’s weariness in the thick air.

After a while Mother stood straight and turned to me with an attempt at a smile, and with stumbling words said, “We must go find a breeze somewhere. It is so terribly hot. I believe I saw the Nile’s Falucca boats waiting in front of the hotel. Let’s hire one and sail for an hour or so up the river. We’ll motor back.”

“Yes, what a good thought,” I answered with the hope she could turn away from this crushing scene.

The boatman had let out the Felucca’s two sails to catch the breeze. After a while the evening turned a bit cooler, while still holding a heaviness. Mother sat staring at the river, not interested in conversation—her hands in her lap, her fingers entwined around the waiting fan inscribed with the name, The Winter Palace Hotel.