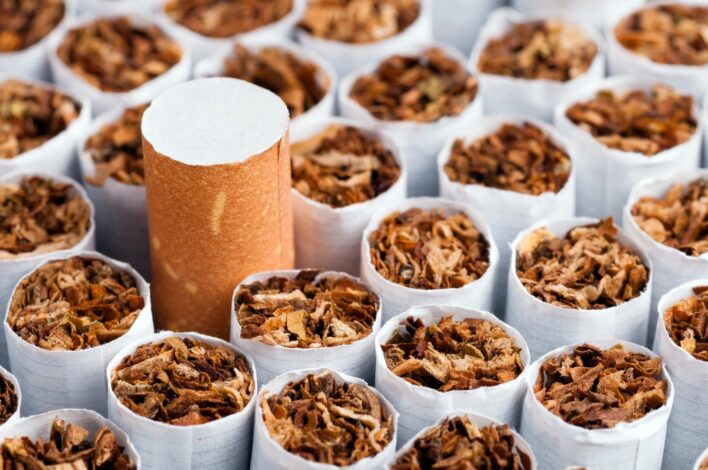 Southern Legitimacy Statement: Last time I told ya’ll bout the tote sack my Momma made from Daddy’s bluejeans so I could pick cotton when I was six-year-old. Well, I’m gonna tell on myself a bit now – reckon the statute of limitations is run out. Me and my cousins, Michael Joe, Billy Joe, and Joe David, used to steal empty Coke bottles from the IGA and then sell them to the Safeway. That’s how we made our Saturday matinee picture show money. Was less taaring than riding bicycles round the by-pass and pickin up the ones people throwed outa their trucks.

In your dream you lie immobile across a railroad track.  Your body heaves up and down against the cold steel of the tracks as the train rumbles towards you.  A splinter from an old cross-tie imbeds itself in the small of your back.  You try to arch up, away from the pain, but you can’t, you’re at the mercy of the dream and the splinter slivers deeper inside you.  Your body rises and falls, commanded by the power of the locomotive.  The bed of jagged rock and stone press hard into the soft flesh of your body like you are lying on a bed of burning cinders.

Every joint in your body aches.

You beg your arms and legs to move.

They don’t.  But your eyes open.

And you head cranes forward.  In the moonlight the silhouette of the freight train barrels down the track.

comes Old Ninety-Nine.  You’ve had this dream before.

The low rumbling changes pitch as the train charges towards you.  The grating whine of steel on steel, wheels on track, rings in your ears.

You want to close your eyes, but you can’t.

Smoke from the engine bellows out of the stack like an evil genie hanging above you, haunting, laughing, pointing…

Soot from the smokestack rushes up your nose.

The siren starts as a low tone then rises to a high-pitch banshee wail waking you.  You know by the tone and duration of the duty-cycle – low to high to low – that a fire engine is screaming down your street.  The red light painting your window confirms this.  The flashing light grows dimmer and the tone lowers.  You watch the engine barrel down your street, turn left and cross the tracks.  Outside the clouds passing the face of the moon mix with smoke.  In the distance a train whistles.

You prop up in bed, lean against the backrest you call your husband.  There was a time when the word meant real flesh and bone, but Charles has been gone three years, so you make do with one stuffed with foam.  You call it Chuckie.  Chuckie has ragged strands of fabric that jut from his corduroy skin.  Their ruggedness reminds you of chest hair.

Your eyes burn.  You rub your eyes, and reach for the drops on your nightstand.

The sting is gone, but it’s useless to try to sleep, besides Old Ninety-Nine’s waiting for you on the other side so you grab a book from the nightstand and start to read.

The story begins with a man and a woman in a crowded midtown café.  It’s 8pm on a Saturday in May.  Perhaps they each have just ordered a drink, a cocktail before dinner, or, better yet, the man, being who he is, orders a bottle of Pinot Grigio, and holds up two fingers instructing the waiter to bring each a glass.  And the woman, being who she is, smiles at this and takes a cigarette from a case in her purse, places it between her lips and leans in toward the man.  “Ah-ha,” you say as a wise reader.  You smile as you say this because you know this is a clever trick the author has used to period-stamp the piece.  Remember when it was chic to smoke in restaurants?  You, gleefully pretend to clap your hands and reach for a stick of gum, sugar free of course.  You haven’t smoked in years.

The man, in a most casual, yet charming way, strikes a match on the cover of the complementary book of matches.

He holds the little flame to the end of the woman’s cigarette, let’s call her Abigale.  Abby breaths in.  The end of the silly millimeter longer stick glows red and our man, Jack’s a good name for a man of his character, blows out the flame.

You think, NICE!  The detail work by the author draws you into the scene, but you are much more interested in why the wedding bands on the fingers of our fictional couple don’t match.  Abby’s band of gold, is gold, as is the setting that holds her diamond like a prim and proper princess.

Jack’s, on the other hand, is silver.  You are attracted to his hands, not because of the raw size, or roughness, or lack thereof, but because of the way he rolls the silver circle round and round on his finger, slides it over a knuckle, then back, like he can’t figure out if it’s truly a good fit. You, wise reader know that this constant movement, the hardness of the object as it massages against his flesh will cause the soft skin to redden, bruise, perhaps even blister.  This irritates you and subconsciously you place a finger of your right hand on the ring finger of your left.

You close the book, put it down and, walk into your kitchen and open a cabinet.  In the far back recesses of the space, hidden inside your Charles’ favorite coffee mug, the one you gave him on your first anniversary, you find it.  The pack of smokes you bought three years ago.  The emergency ones you haven’t needed until now.  There is no lighter, or matches , you hadn’t thought that far ahead, but you have a gas stove and you remember your mother in her apron, after she had cleared the dishes from the breakfast table, before she spent her day cleaning house, ironing your father’s shirts, the steam rising from the  iron and your father saying, not too heavy with the starch.   And after he would leave for work, she would reach inside the high cabinet, remove the pack of menthols she hid from him, bend down until the tip of the stove’s burners blue flame touched the white paper end of the wrapped tobacco.

You do as your mother did.

The cigarette lit; you place a kettle of water on the burner.  If the book is good, you’ll want tea later. You grab the cigarettes and a saucer and go back to your bedroom, to the book and continue to read.

Abigale notices with regard the way Jack fidgets with his wedding ring.  She removes the cigarette from her lips, places it in the ashtray; glass cut to resemble crystal, that has the restaurants logo – a horse and cow – etched, along with 1946, its established date, on the inside face.  With a sigh she removes the smoke she inhaled and as it rises to lose itself in the mix of all the other smoke in the room, she, subconsciously you think, places her left hand in her lap, removing it from view.

Out of sight – out of mind, hers, not yours, Abby reaches across the table and takes hold of Jack’s hand, prying it away from his ring finger.  On cue, he places his left hand under the table, resting it on the napkin on his lap.  In your mind this was a calculated move on Jacks part.

You muster up the nerve to look at the couple.  To give them more than a superficial glance born of your own nuanced bias.

Their eyes dart around.

At that moment you realize, as they do, that this was a mistake.  This tryst is not a tryst at all.  How could it be?  The very definition of the word would require that they be lovers, which they are not – yet, and that the rendezvous be private, which it is not – how could a popular café in the middle of town this time of night be private?

Or at least this is what you want to think.

You light another cigarette with the remains of the one you have just smoked and let your mind drift back in time, three years to be exact, to the last time you sat across the kitchen table from your husband Charles.  How you watched him roll his wedding band around his ring finger.  How his eyes could not meet your eyes.

When you place your cigarette in the makeshift ashtray the slow burn turns to ash and the winding smoke from the dying stick drifts into your eyes.  You wipe them on the edge of your pillowcase, the runny mascara smudging the white cloth with streaks of black.

You want to continue turning pages, to make meaning from the words and actions of Abby and Jack, but the words blur, and you no longer see in black and white, so you earmark the page and close the book.

A final drag on the cigarette, then stub it out in the saucer, that’s what you do, but as you do what’s left of the cherry end scorches Chuckie’s chest hair.

The gentle breeze of the ceiling fan cools your face, the swish-swish-swish of its blades the lullaby that lulls you to sleep.

Immobile in your bed you dream of hot cinders beneath cold steel, of tracks that rumble under the weight of Old Ninety-Nine.

In your subconscious a tea kettle whistles, and in your dream the smell of smoke is so damn real.