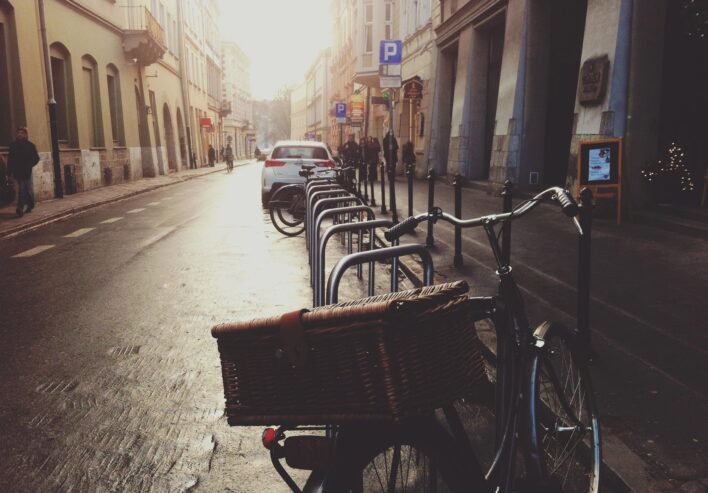 Southern Legitimacy Statement: I was born in Bogotá, Colombia. I lived in South Carolina for almost a decade. I earned a PhD in Comparative Literature from the University of South Carolina (the original USC), before moving to Clinton, where I worked for a year. I currently live in Bogotá, but I intend to visit my friends in Columbia as soon as I am able. I still prefer not to travel North of Virginia, unless it is absolutely necessary.

It was all a misunderstanding. I was tired and I wasn’t thinking straight. The truth is that I can’t sleep at night. I haven’t been able to sleep at night in the last few years. It’s no big deal, though, you get used to it eventually. Suffering from chronic sleeping disorders means that if I have to teach early in the morning I cannot go to bed the night before. If I do go to bed, I run the risk of missing my class. If I miss too many classes I might end up losing my scholarship.

Whenever I have to teach morning classes I try to work all night long (I do research, I wash dishes, I sometimes write a poem or two). Staying busy at night is always a good idea, even when I don’t have to teach in the morning. The cold, the darkness and the loneliness can drive you crazy if you are idle. When you start missing your friends, sunlight, and even those awful morning joggers, then you know that it’s time to get a freaking night-job. But I have learned to live at nights, and I am comfortable with things just the way they are.

I used to live in downtown Columbia, SC, in a small building on Wheat Street. My neighborhood was very close to Five Points, but it wasn’t as loud and chaotic. One morning I was walking down Harden Street. I was feeling like a damn zombie. It was cold and I was wearing gloves, a hoodie and my old leather jacket. And there it was: a little scary beast, looking at me from the corner of Saluda and Blossom. I was close to Waccamaw, so there was a considerable distance between the two of us. But still, the little gremlin was staring at me with his ominous yellow eyes.

Perhaps he thought of me as potential breakfast. I tried to look relaxed; I actually like dogs, but pit-bulls always made me a little bit nervous. I suppose this is a common prejudice. I thought to myself: “He might be a pit-bull, but he’s still an American dog. Many Americans are afraid of foreigners; that’s a well-known fact. Perhaps he’ll just run away if I keep walking straight.” But my plan failed. The little monster walked straight up to me. He was playful, he seemed happy to see me. “Hey, buddy. You look like a nice dog.” I was moved but nervous. I took my chances and petted him. When I saw that the dog was not hostile, I smiled in relief and kept walking. I was starting to believe that I had outwitted the mighty Cerberus when the mindless beast decided to follow me.

I avoided eye-contact, but that didn’t work. A young man in a red pickup truck parked nearby and walked towards a big brick house. He looked like a fraternity guy: he was wearing a t-shirt, a cap, and flip-flops; he was dressed as if he was a tourist in the French Riviera. My legs were freezing under my jeans. The dog ran towards him, happily, and I felt a great relief. Finally, the beast’s master had arrived. I though the guy was extremely careless, letting his dog run around on the street like that. But that was none of my business; perhaps the he was more of a cat person. Who was I to judge? And so, I nodded politely and walked away. The young man opened the door of his house and the dog ran in there like a brown-haired rocket. But, to my surprise, he kicked the dog out (not literally, of course, he seemed like a nice person).

I was quite puzzled, the dog was puzzled, even the frat guy was puzzled. Clearly, we were all outside our respective comfort zones. I looked at the dog and then at the young man, he looked at me and the dog looked at him and then the dog looked at a bird that was flying by. Then he spoke (the young man, not the dog): “Dude, is this your dog?” “Sir,” I replied, “I am not a dude, and this dog is not mine.” He laughed and closed the door. Why in the world did he think the dog was mine? Sure, there was no one else around, but I am not the kind of guy that would own a pit-bull. I would look good walking a chubby bulldog, maybe a tortoise or a sloth, but a pit-bull? That just wouldn’t suit me.

The dog was certainly not homeless. He had a red collar and an elegant body posture (whenever he managed to stay still for 2 damn seconds). He appeared to be very young; his skinny legs and his puppy-like behavior gave him away. He was sweet and playful. Perhaps he had ran away from home and now he needed someone to help him find his way back. I was running late to class, though, and I needed to make some copies. I didn’t have time for selfless acts of kindness.

I thought about staying with the dog for a minute or two, maybe his owner would show up. I didn’t want to abandon him there; I didn’t want to break his heart. Then I came to my senses: “Are you going crazy? Just snap out of it! This creature is not your responsibility. Just walk away. You’ve been left behind before and you survived; this guy is a killing-machine, he’ll be just fine. He is like the dog version of the Terminator, he is a four-legged Rocky Balboa, he could eat Steven Segal for lunch.

He doesn’t need you. Just keep walking.” But it was a cold morning; it had snowed for forty or fifty minutes the night before. I imagined the dog freezing to death on the empty streets. Was I really going to let him die just because he was inconvenient? He was no Robocop, deep inside I knew that perfectly. He looked tough, but he was soft like a cupcake; he was a hopeless emotional lightweight. He didn’t look too smart either. For God’s sake! The little thing was helpless. He just jumped and barked with no sense of purpose or decorum. He needed me. Was I really going to let him freeze to death in the cold streets? I didn’t want him to starve to death. That mysterious brown dog sure posed a great dilemma for me.

Suddenly, a blonde skinny lady came by. She was holding the hand of a toddler, who was whiter than Casper (the friendly ghost). She smiled at me; I was being relieved of my heavy burden: she was the dog’s owner. “Thank you, Lord. If you do exist, I thank you with all my dirty and unworthy soul.” But she was not the dog’s owner; actually, she was not related to the dog at all. The dog looked at the kid and jumped on him, I thought he was going to rip the child’s head off. I tried to grab him by the collar but the damn pit-bull was way faster than me. Luckily for all of us the dog was only playing, and he meant no harm.

I called the dog and he followed me. The kid was fine, nervous, maybe, but he had all his limbs in the right place. The lady was not smiling any more. She walked away and said: “It scratched his face! Watch your dog, you moron!” I looked at her as if she was accusing me of murder. “He’s not my dog! Do I freaking look like Cesar Millan, the dog whisperer? And your creepy pale kid probably scared the crap out of the poor puppy anyway. How can you walk with a boy like that in plain daylight? Just take him to Waffle House, lady!

He looks like he could use some breakfast.” Indeed, the child looked like a spooky character from a Tim Burton movie. The lady got all red and walked away from me, like most women do. “Alright, buddy, since I was on your side this time, I guess you have to be nice to me and let me go.”

He just kept following me. I mumbled: “Shoo, shoo, bad dog! You’ll just get me in trouble. I have to teach in three minutes and it’s a fifteen-minute walk to the university.” The poor thing just stared at me, his tiny brain spinning pointlessly like a lost football floating in outer space. I decided to call 911. I couldn’t protect this dog, but I couldn’t let him freeze to death either.
—911 , what is the emergency?
—There’s a lost dog in Harden St. He’s alone… alone in the world—I whispered, trying to cause a stronger emotional response.
—Excuse me. What is the emergency?
—Well , it’s freezing out here. He’ll die or he’ll get hurt or he’ll eat some kid, I don’t know. I am actually preventing an emergency.

The agent didn’t seem to agree with me. She just gave me a couple of phone numbers and told me to dial them. Then she hung up on me. I did call those numbers, but no one picked up. I finally decided to take the dog to school, lock him in my office, teach my class (if there were any students left in the classroom), and keep the homeless creature. At least until I could find the real owner. I was a lonely man, so why not adopting a lost dog? Maybe my dad is right and there is a God somewhere out there and things do happen for a reason.

That pit-bull and me, we could have lived like renegades: an international graduate student and an abandoned southern pit-bull: it was meant to be. I rejoiced in my beautiful plan, but when I turned around the dog was gone. I screamed, I cried, I ran looking for him. I finally sat down on the sidewalk, tired and depressed; I was so terribly lonely. I had been abandoned by a living creature once again. Did I mention that the idiot couldn’t stay still for three damn seconds? A girl in a black Honda Civic drove pass the sidewalk and looked at me with pity in her eyes. I was a broken man. We were friends and he abandoned me. We needed each other and he walked away. He left me, for no reason whatsoever.

Man, he sure broke my heart.