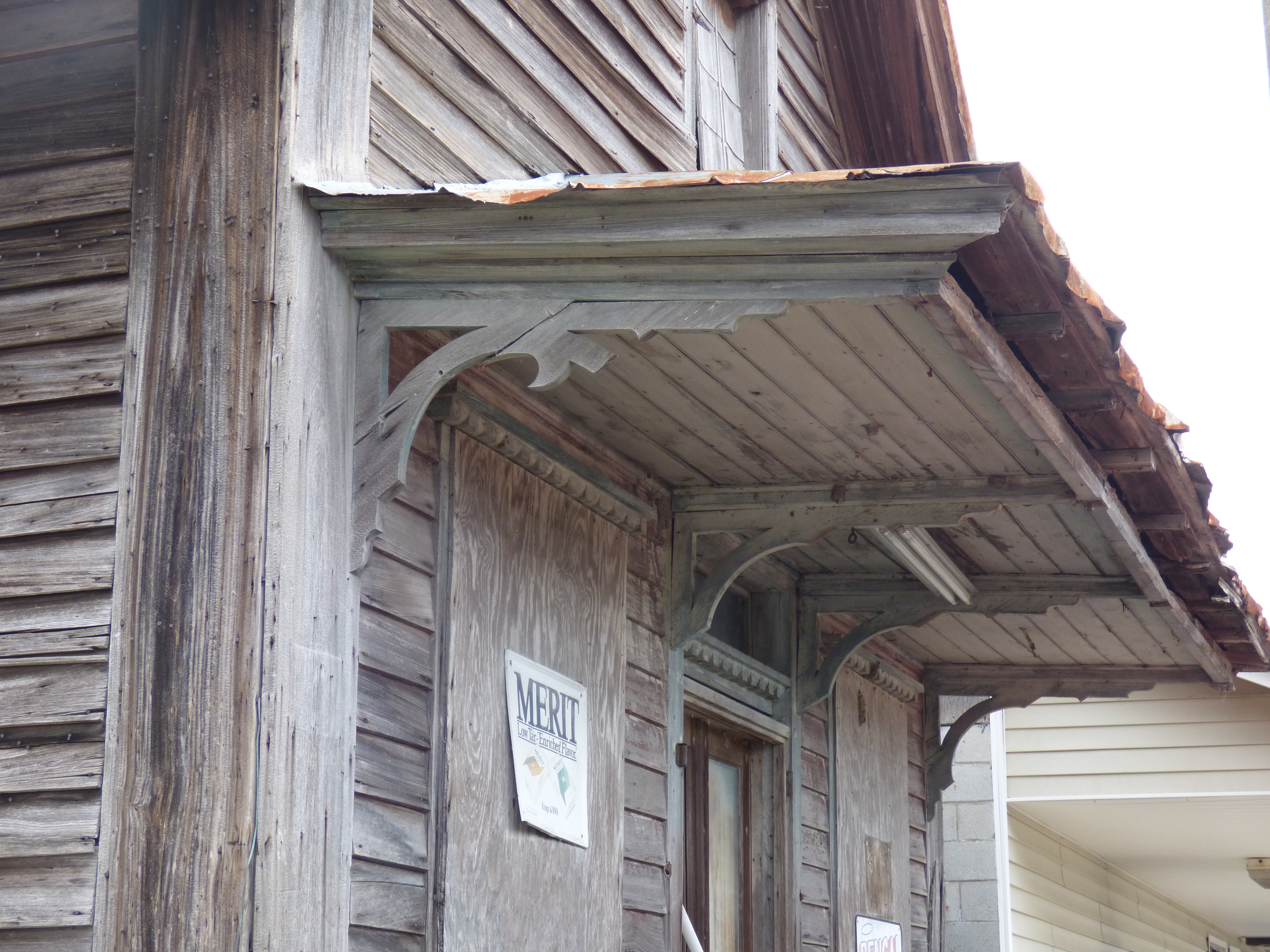 Southern Legitimacy Statement: I was born in Charlotte NC during WWII, lived on a failing farm in Iredell County NC, and was taken back to Charlotte. Currently, I operate an organic farm in Chatham County NC and write a weekly column for the Durham Farmers’ Market Wednesday Newsletter entitled “Missives from a Market Farmer”. University, children, research career—all took place in NC. Dead husband was from CA.

As a young girl, I wanted to know what my grandparents did when they were home alone. When we came for a visit, I planned to leap out of the car, run down the hill, streak across the dirt patio, jump onto the porch, race to the door, and wrench it open—to see them—as they were—alone. I always failed. By the time I reached the patio, they would open the door, step out onto the porch, and spread their arms wide for a hug.

Wood, or xylem, is the hard fibrous center of trees. Xylem is composed of cells and tubules that carry water in a continuous stream through the living tree. Long after the tree dies, moisture in the air fills and drains from these cells and tubules causing the wood to expand and contract in a constant echo of its former, living days

My grandparents, James Armstrong Thomasson and Mary Bell Cash, lived in the foothills of North Carolina and were married in 1907. James had brown hair, blue eyes, and was tall; Mary had black hair and eyes and was short and round. People called them Strong and Bell. Over a 26 year period, Bell gave birth to twelve children, eleven boys and, finally, a girl. Most were born in winter, and each was born in a farmhouse without electricity, running water, or an indoor toilet.

Strong carefully sited their wooden house on a terraced slope that fell away from southwest to northeast. It was a simple two-over-two, a parlor and bedroom on the first floor and two bedrooms on the second. The main living space was the sunken, rectangular kitchen, which sat two feet below the rest of the house and spanned the entire back. The northwest end was below the natural ground level, and the surrounding earth kept it warm in winter and cool in summer. The southeast end was well above ground level. Everything happened in this room.

From the main house, two three-step stairways led into the kitchen, one from the parlor that we all used and one from my grandparents’ bedroom, which only they used. I loved to sit on those steps and watch the activity in the kitchen, biscuits being rolled and baked, shoes being polished, people washing up for meals, and somebody sitting at the dining-table poring over the Sears & Roebuck catalogue. It was full of smells from the wood stove—peppery fried-chicken cooking in cast-iron pots and green beans boiling with pork fat.

I live in a large, south-facing house. It is a four-by-four with a 10-foot wide central hallway and a single story kitchen-dining room in the back. I cook with a heavy wok on a modern gas stove and fill the house with the aroma of garlic and onions. People pore over laptops at my dining-table.

In moist climates people build panel doors because the continual accumulation and evaporation of water causes a solid door to warp and crack. Carpenters construct a frame of vertical stiles and horizontal rails and cut grooves on the inside edges of the frame. They fit the door panels in these grooves leaving about a quarter inch between the panel and the far edge of the groove. This provides room for the panels to expand and contract as moisture in the air rises and falls.

Strong built a heavy, thick, panel door for the west end of the kitchen. It was scarred from years of use and had a dark glow from repeated turpentine and linseed oil washes. Instead of a knob, he used a wooden latch. When we were outside, we opened the door by pulling on a cord that ran through a hole. Inside, we merely lifted the latch. Long before I would have been able to turn a knob, I could pull the cord, or lift the latch, to come and go.

Over the years, Strong and Bell built a solid personal bond that allowed their hearts to expand to hold all the life they created and to fit it inside their small house.

French doors are panel doors with one or more translucent glass panels called lites. Because glass does not expand and contract with moisture, the lites are set on a bed of putty which hardens. Many French doors have multiple lites, and each is surrounded, both on the inside and outside, by small frames called muntins.

In windows, the glass panes have a frame only on one side, and after the glass is settled into the putty, it is held in place by inserting glazier points into the wooden frame. These are then covered with more putty, carefully spread to achieve a finished, uniform look.

Strong built a tall bank of windows on the southeast end of their kitchen. The rising sun sent a column of light into the room. In winter when the sun was low in the sky, his ingenious orientation allowed the rays to reach deep into the room, lighting and warming it.

An enormous Lazy Susan table, built to accommodate more than 14 people, sat in front of those windows. Except for my grandparents’ places, we grandchildren could take any seat around the table.  At breakfast, I always tried to sit where this shaft of winter light could warm my back.

My grandfather’s library was on the inside wall of the kitchen between the parlor steps and the bank of windows. When my father was a boy, they all sat around the table in the evening, and Strong read them stories. He liked to read Pearl Zane Grey’s western adventure novels and even named the ninth son Zane Grey.

Strong also read Shakespeare to Bell before breakfast. They named their firstborn son Hamlet.  I never knew Hamlet. He died from polio at age fourteen and almost broke their hearts. Nobody told me, and no one who would know is alive, but I believe they put Hamlet’s body in the parlor for the viewing. I am sure any soul he may have had went to the kitchen and sat at the table, one last time, to catch the morning light.

Window comes from the Old Norse word vindauga which is wind + eye, and it replaced the Old English word eagþyrl which is eyehole. A window lets in air and light, but I think a window’s most important property is as an eyehole, letting you see out from where you are to somewhere else.

I have French doors with 20 lites each at the front and back of my central hallway and tall 6-foot windows on the east, south, and west. Light comes in from all directions. If I am working at my desk in the southwest corner, I can see the driveway to my house. No one can sneak up on me.

When I am at my desk, forty years of my life fill the space above and behind me. Memories soar and dive like a flock of birds, sometimes in an indistinguishable mass, sometimes as an individual memory that alights to warm or stab my heart. The upper hallway was a nursery for newborns. The off-key lullabies I sang still reverberate between the walls as do waves of feeling—the deep sadness we felt when we put the cradle away because a stillborn son was not coming home and the joy of hearing the next baby coo and laugh as I rocked her in the morning sun.

I can sense dim images of flashing strobe lights, hear faint rumbles of hard-rock, and glimpse shadows of the missives our teenagers put outside our bedroom door for us to find in the morning. Each was adorned with hearts, flowers, declarations of love; each described some trouble they were “deeply sorry” for—a traffic citation from Officer Martin, a note explaining how the car got dents, the reason there was a tree in the driveway. We rejoiced. No matter what, a handwritten note is better than a call from the ER.

I hear echoes of toddlers riding plastic-horses, of young girls stomping through in muddy riding boots, and of one daughter closing the front door against us as she left home too soon.

I am as old as Bell and Strong were when I tried to sneak up on them. My age has provided me an eyehole. I know what my grandparents were doing behind their closed door. If my grandmother was making cornbread, she swayed with memories of rocking the cradles in front of the sunlit window, and her feet tapped a remembered soft-shoe-shuffle—step around the baby, intercept the toddler on his way to the stove, and grab the water bucket the six-year-old has just carried in. If my granddaddy sat at the table working on farm accounts, he felt vibrations of wiggling, laughing, and jostling boys; he heard the echo of his hammer on the floors, walls, steps, cabinets, and counters. Perhaps he remembered the day my father ate all the butter and pondered, still, how he might have afforded a second cow.

But the main thing they were doing was listening—listening for the sounds of their people returning to fill up the chambers and cells of their hearts.