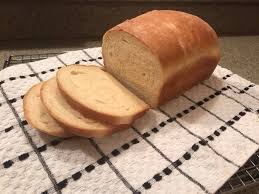 Southern Legitimacy Statement: A chance meeting after a war, a love affair that lasted until their deaths… I am a half-breed: product of a woman from Acadia Parish and a teacher from way up north, nearly to Arkansas, where I was born on a frosty morning. I chose my institution of higher learning based strictly upon its football team. I can skin a deer and bite off a chaw of Brown’s Mule, and I know from experience what it means to p*** on the fire and call in the dogs.

“Give us this day our daily bread”

In hindsight, there are a lot of things I’ve done in life that weren’t worth the effort.  Baking bread is not one of these things.

I believe that you’ve got to make your own bread from scratch to appreciate it.  Nowadays people tend to shy away from such things because it might get in the way of checking their email again, or seeing what some twit has tweeted.  But you already know that’s not what life is about, and I’m here to tell you why baking bread is what life is about.

You’ve got to let the batter rise twice, and that takes some time.  You’ve got to have a big bowl, a really big one, bigger than the one I have because it doesn’t quite hold all of the ingredients without spilling a little.  But I don’t worry about that, because the rest of the process is so messy anyway.  I do have a nice cutting board that I use to knead the dough, but it’s too small for all the flour action.

I don’t worry about the mess because I know it’s coming before I start.  The flour always slides off the edge of the board and onto the counter.  From there it falls onto the top of the dishwasher door.  From there it makes little dustings of white on the kitchen floor, right next to the spinach leaf from yesterday’s salad.  You may not have this problem, but my kitchen is small and there’s only one counter large enough to hold that board, so I know going in where the flour is headed.  And I don’t really mind, because at that moment, I am creating.

How often in life do we really get to create something anymore?  I know there are those of you who paint and pot and garden and sew and such, and I envy you because I’ve seen the expression on your faces when you talk about it or when you show some of your handiwork.  The word that describes this look is beatific – it means serene, or blessed, or joyous.  Beatific.

My own expression is more like roll-your-eyes-and-grab-the-rag.  Wipe up the mess, rinse out the rag in the sink, and get on with it.  For ham-fisted bakers like me, this is just one of a dozen trivial wipes during the exercise; it doesn’t matter.

It doesn’t matter because at that time I always, always think of my grandmother.  She was a little Cajun lady who when she was young and straight was pushing maybe five feet tall, but by the time I knew her she was bow-backed and arthritic and barely, barely able to still cook better than anyone else alive.  Mrs. Bernard would flatten out those pie crusts with a practiced flair, wielding the rolling pin that she’d had since Methuselah was a pup, and if you were lucky enough to be standing around the kitchen when she trimmed the dough, you got to eat the cuttings until they were all gone.  That remains one of the pleasantest ways to get sick that I know.

That’s why I’m usually smiling when I pick up the little pieces of dough.  And when I smile, I might laugh a little, and that reminds me that my dad – as honest a man as ever superintended a Baptist Sunday School – my dad always said that his mother-in-law had the best laugh he ever knew.  I know those old days weren’t all so joyous, but by golly I miss them.

So you’ve got to let the dough rise twice, about half an hour each time.  Maybe it takes longer without the fast-rising variety of yeast, but when I’m shopping I am well aware that while the creative process requires time, I am only willing to wait so long to reach the point where I pull that hot bread out of the oven and slather the butter and honey onto it.  Only so long, mind you, so pick out the fast-rising stuff.

I am one of those cooks who feels obliged to clean up in stages rather than waiting for one grand apocalyptic assault on an overflowing sink and congested counters.  (The measuring cups and honey jar and salt box, and the butter container and two different bags of flour and mixing instruments, all have to be set down somewhere, and like I said I don’t have much room.)   My mother was more than a shade on the punctilious side – my favorite cousin Louie, who is a pretty honest guy himself for a Methodist politician, referred to her in the eulogy as “disciplined” and “fastidious” – and she trained me like a drill sergeant.  I also can’t stand having gooey stuff hanging from my fingers, so I am constantly turning on the water to wash that stuff OFF.

It seems that I’m continuously doing something while I’m baking those three prized loaves, but I’ve figured it closely and the whole process amounts to only about twenty minutes of actual work.  I could listen to music during that time, but I tend to focus on the action, and still I find myself reading the recipe three times for each step.  It’s possible that this is because I am a slow learner, but I prefer to think that my own eulogy will state that I was “meticulous  and attentive to detail.”

There are hiatuses for the two risings, and one for the baking, adding up to a couple of hours.  By that time the mixing bowls are in the dishwasher and the counters are as spick and span as they are likely ever to be, at least until my wife returns.  So: we are none the worse for wear, the loaves are in the oven, the whole house smells fabulous, and anyway I’m in the living room fast-forwarding through halftime of the ballgame.

When the buzzer goes off and I pull out the pans, trying not to burn myself again this time, I have a deep sense of accomplishment.  I have created.  I have taken flour and butter and honey and yeast, and what was dry and sterile a scant two hours ago is now real actual bread, with a heap of butter melting on it and soaking right in like it never can at any other time.  Better than you can buy in the store, and at that one sweet moment so perfect with warmth and aroma and… and life itself.  It’s what life is about, Mom and Grandma and Dad and Cousin Louie, and taking time to do things yourself the right way.

Baking is messy, and so is life.  But worth the effort, I’d say.