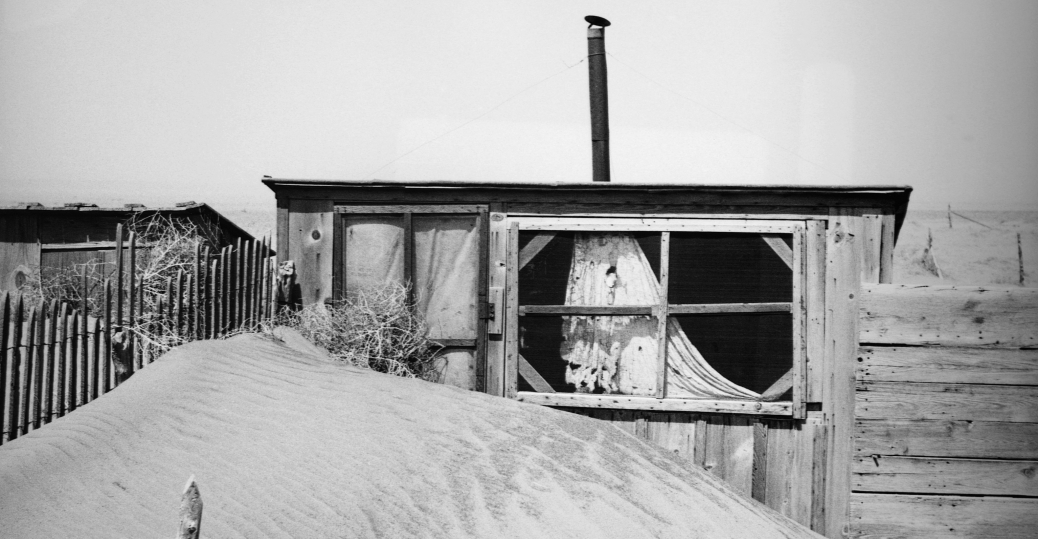 Southern Legitimacy Statement: My earliest memories were of living in a small coal-mining “company house” near Shinnston West Virginia, and of using the two-holer out back. The aunt who raised me eventually moved the family to a small enclave of West Virginia ex-pats in southeastern Ohio, across the river from Wheeling. Although we frequently visited family back in West Virginia, I lived there until running away at age 15.

When I was young, my aunt frequently took me to visit my grandparents in Buckhannon, West Virginia. They lived in a small one-floor bungalow with a tin roof and wide front porch.

I always had mixed feelings about these visits. The moment I entered that house, I felt tension, as if air, time and space inside were distorted in twisted knots.

The one bright spot was my grandfather – my Grampa. He was like a safe harbor in turbulent seas. He was very different from the rest of the family who gathered in that house. They seemed to always exude bitterness and vitriol. As a child, I wondered why they were like that, and tried to remain invisible.

I remember Grampa being quiet, meek and kind, with his head bowed. He’d take me beside him or onto his lap and speak softly. His gnarled calloused hands were expressive and gentle as he guided me through his lush garden, which seemed like a vast jungle in my child’s eyes. He taught me how to recognize weeds and pull them out, and when to pick vegetables at just the right stage of ripeness.

Grampa demonstrated for me how he sharpened his razor on a leather strop, with quick deft strokes and turns, up and down, as if he were tuning a musical instrument. On summer evenings, he gave me a glass jar for collecting fireflies, nodding his approval with each magical capture. On rainy nights, he invited angels to dance on the tin roof above my bed.

Grampa showed me how to crank a bucket of cold clear water up from his well. I delighted in the tingling waves of cold emanating from below, especially on hot summer days. The echo of my voice down the depths of that well seemed to vibrate every cell in my body. And when Grampa gave me a penny to drop into the well, I imagined it traveled a great distance before finally sounding a plop, rippling in soft reverberations. But I wouldn’t tell anyone what my wish was; that might jinx it.

He wasn’t much of a talker. He often took me on long nearly silent walks, bent over with his hands clasped behind his back. I came to appreciate the thrilling sound of the steam engine whistle in the holler, how to recognize and name various bird species, and the mysteries of wooly caterpillars.

My aunt liked to say that Grampa had once found a dollar bill on the ground, and that was why he walked along looking down. I think it was for another reason.

Grampa was so unlike my grandmother, who sat in her rocking chair hunched in her shawl, spewing hateful words at me whenever I came near. I once heard her snarl, “evil, just like her mother.” I think that was because my late mother – her youngest son’s first wife – had been Catholic, but as a child I felt there must be something wrong with me.

My grandmother regularly derided Grampa for anything, everything, and nothing at all. I never heard her utter a kind word to him. His response was always taciturn silence. Although daily escapes working in his garden, in his shed out back, or on long walks to nowhere surely provided welcome relief, his entire demeanor was of a beaten man.

The story, as I heard it, was ancient. Many years earlier, they were a family of eight out in the remote countryside and maintained a large farm to sustain their brood. Early one fall, the youngest child of the family became ill, right at harvest time. If crops weren’t brought in they would rot in the fields, which would make feeding the family throughout winter difficult or impossible. In those years, the journey to a doctor would take at least a day each way by buggy or tractor because the family lacked an automobile. Treatment would delay return by another day, assuming no complications.

But dark clouds were on the horizon and cold winds were sweeping down the mountainside, threatening the journey as well as the crops. Grampa had to make a difficult decision.

Two days later, on the way to the doctor, the girl died.

Grandma never forgave her husband. She never let him forget that he had killed her child. And she spread her rancor throughout the family and the community, who also never forgot or forgave. The story of how Clarence Trembly’s pig-headedness killed one of his children came back to me more than fifty years later, when I met a long-lost cousin who brought it up. But no one knew the real story, which Grampa had revealed to me in bits and pieces during our shared escapes.

I loved Grampa. We shared a bond of shame and humiliation. I felt safe and valued with him.

When I was fourteen, my grandmother died. I’m not sure why my aunt didn’t take me with her to the funeral. But I was relieved because I wouldn’t have been able to feign sorrow. I’m sure her death was from a wizened dried-up heart, constricted by bands of hate.

After that, trips to Buckhannon ceased. My aunt showed little interest in visiting just to see her father. The baton of hatred had passed from mother to daughter.

A few years later I heard that Grampa’s eyesight began to dim. It was hard for him to maintain the house and his garden. He asked his cousin Anna, who was a few years older than he yet very spry, to help clean his house every other week. The scope of Anna’s housekeeping gradually expanded in time and tasks. She began coming to Grampa’s house every week, cooking meals for him, putting food by for the winter, doing laundry, ironing, and generally keeping Grampa company.

When Grampa informed his grown children that he and Anna were getting married, the response was furious anger at such a scandal. “First cousins! How could they?!”

When I was nineteen, Grampa and Anna celebrated their second anniversary by taking the train to visit her relatives in Northern California. I was living in San Francisco at the time, so went to meet them.

Grampa was 80 then, and Anna was 83. They both still possessed a keen wit and were clearly devoted to each other. There were no unkind words between them; they spoke with respect, tenderness and smiles. I could almost hear birds singing around their heads.

Grampa wore thick glasses and looked happier and younger than I’d ever seen him.

And he stood tall, his head unbowed, no longer stooped. He relied on Anna to guide him in challenging terrain. She treated him like a god. When any decision had to be made, she deferred to him. “Whatever Clarence wants,” she chirped.

Grampa and Anna died in Buckhannon within weeks of each other when he was 94 and she was 97. He had enjoyed almost twenty years free of oppressive spite.

I got my wish.