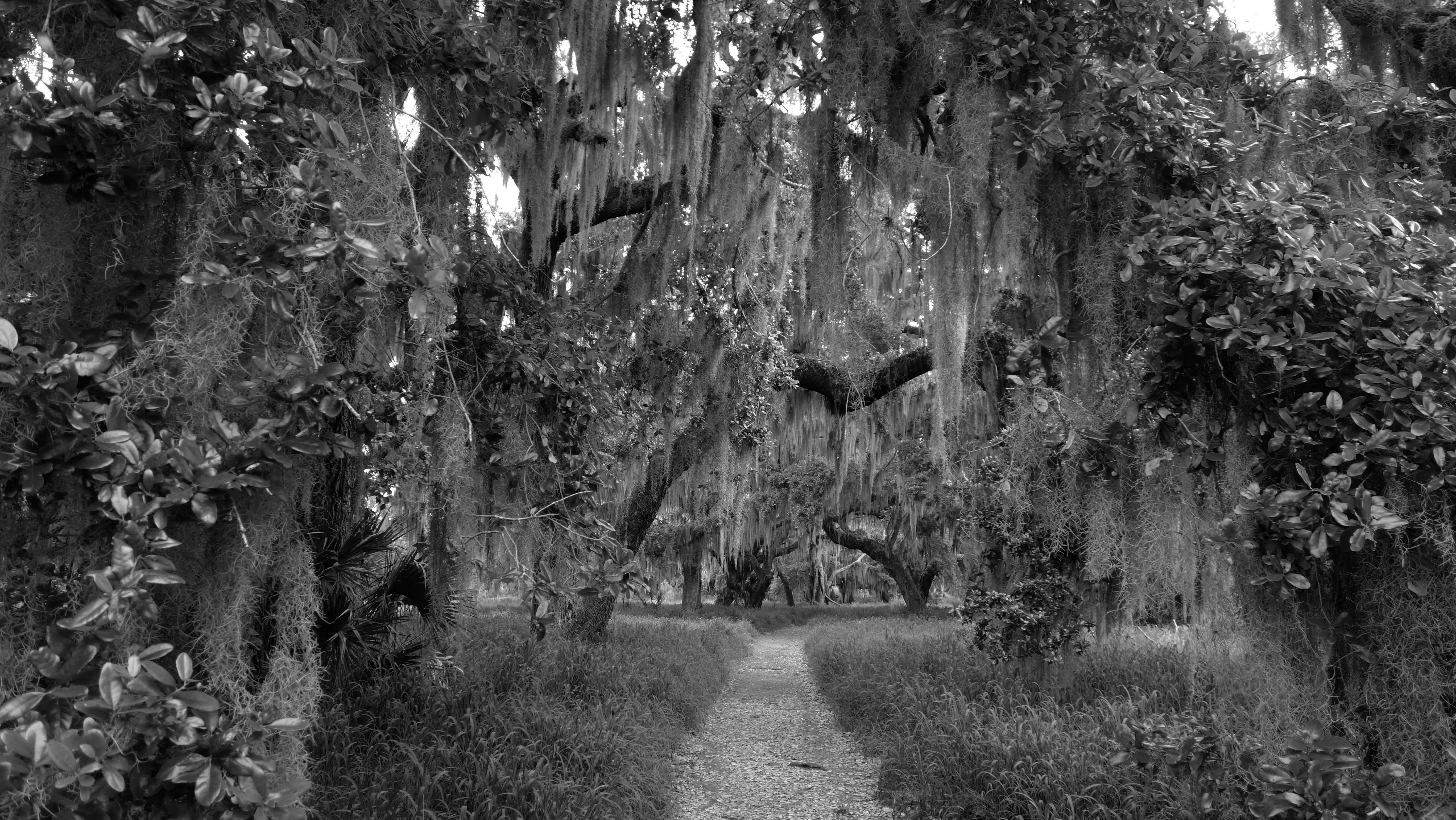 Southern Literacy Statement: I am originally from south Louisiana, where I grew up on the Bayou Teche. I left in 1989 for graduate school at the University of Tennessee, then taught at Texas A&M for a couple of years, followed by one year living outside of the South, teaching in Indiana. I moved to eastern North Carolina in 1996, where I now live part-time on the Pamlico River.

I was in my thirties in the 1990s and feeling like I was going to be single forever, but still I did not consult the self-help book The Rules, surprisingly popular in spite of its 1950s-echoing approach to dating. In general, I’m a rule follower, but raised in the Deep South, I’ve had enough of rules that set limits upon women’s behavior. Although I did not buy a copy to find out how I might change my behavior to attract a husband, I did wonder if The Rules: Time-Tested Secrets for Capturing the Heart of Mr. Right included the dating rule at my Catholic high school in “Smalltown,” Louisiana in the 1970s.

Each year, a particular teacher at my high school took it upon herself to decree to ninth-grade girls the unwritten code about the school dances we were now old enough to attend: if a boy asked you to be his date for such a dance, you either had to accept the invitation or go stag. A girl did not turn one boy down and then accept an invitation from another; it was unseemly and rude. Apparently, the corresponding code for boys was not to ask a girl who had rejected another boy—brotherhood solidarity, I assume. I suspect that while that particular teacher visited the girls’ P.E. class to discuss dating decorum, one of the male coaches talked to the boys, P.E. being the one class that was not co-ed. About two years before, it was the class where the girls were shown what passed as sex education videos but really only covered menstruation and “saving yourself for marriage.” (I have no idea what the boys watched, probably a film showing lesions on men’s genitalia from the venereal diseases they would catch from “bad” women and telling them that masturbation was evil.)

I never understood either this expectation regarding dates for dances or the promulgator’s presumption in dictating our behavior beyond her classroom. Nor did I understand why this teacher, whose five daughters attended this school, would promote a tradition that put such limitations on her own children. In contrast, when my mother was asked, “Are you a feminist?” during the ’70s, her response was, “Of course, I’m a feminist. I have three daughters.” My mother thought this dance-date rule as ridiculous as I did.

As I recall, the teacher’s justification for the custom of girls accepting the first boy to ask was that, since the boys had the awkward role of asking, the least we girls could do was say yes. In hindsight and from my current, twenty-first-century perspective, I would point out how much these young white males (very few black students attended our private Catholic school) might have benefitted from less assured dating than they could count on thanks to this rule. Perhaps more experience with personal disappointments would have prepared them for a decade or so into the next century, when their privilege as white men would finally be challenged—or preclude the necessity of women having to challenge that privilege in the twenty-first century.

But I admit that back in the ’70s, I was glad I was not a boy, in spite of their advantages. Boys were expected to be the initiator in all “romantic” situations, and it seemed easier to me, most times, to just wait to be asked than to risk rejection. Of course, there was the anxiety of the possibility of not being asked, especially not being asked by the boy I hoped would invite me to be his date. Also, largely because of this tradition of having to accept the first who invited you, there were times a girl had to ward off an invitation from an undesirable boy while you waited for a more preferable date. I refused to answer the phone for weeks before dances. When summoned to a call that was for me during such times, “Who is it?” I would hiss, with dread and anticipation, thinking, Please let it be — and, simultaneously, Please don’t let it be — .

I realize now that pressuring girls to accept an invitation whether she wanted to or not suggested that the boy’s desires were more important than ours. I never heard another girl question this first-to-ask edict, but I believed that a girl had the right to say no if she didn’t want to go with a particular boy. We had been told to say no to unwanted sexual advances—or rather, to all sexual advances. Why couldn’t we say no to a date? These many decades later, from the perspective of the #MeToo era, I would argue that boys need to learn how to handle rejection without demonizing the girl who would dare to deny them and that ignoring her no is not an option. And girls need to learn not to feel compelled to please others at the expense of their own comfort.

Sometime during my junior year, an obnoxious boy who teased me tirelessly during the school day stopped me outside of the gym as I was heading in to work on dance decorations. Something about his nervousness warned me that he was edging up to asking me to be his date to the dance. I confess, I tried to throw my own younger sister, a freshman, under that bus, pointing out to him when he brought up the subject of the dance how pretty she was (which I’d noticed recently, thinking at the moment of recognition, well that’s going to suck, but now finding it possibly useful). He didn’t get the hint and, dammit, went ahead and asked me to go with him. “No,” I said—and not politely. I even expressed my irritation with him for putting me in such a position when most of our interaction involved him annoying me. I knew the old mantra that boys tease when they like you, but someone needs to tell them that such teasing is often not endearing, and I had absolutely no interest in going to a dance or anywhere else with this boy.

So, I said no, and then I defied that dumb directive. If no other boy would ask me because I’d turned one down, then I would ask someone from another school to take me to that dance. “But you can’t,” that rule-mongering teacher’s youngest daughter, a classmate of mine, told me, horrified by my plans. “What will people say?” This would certainly not be the last time someone would ask me that question during my life. While I had gone with groups of girlfriends to dances before, I was not going stag to this one, on principle. It was time someone thwarted this nonsensical and unjust injunction.

I walked into the gym that night with my date and held my head high as I handed our tickets to one of the chaperones, the teacher/mother who advocated for rules that limited her daughters’ rights to make their own choices. Her brow wrinkled and she pursed her lips as she took my tickets and stamped our hands. I don’t think anyone else noticed, except maybe her daughter. Perhaps the gym not falling down around me to punish my impropriety helped her the next time the boy who she complained had such bad body odor asked her out. I’d like to think so.

I wonder how many other girls violated this particular school tradition over the years—and where these other rebels are now. I am far away from that small town where girls are taught that their wishes must take a back seat to boys’. I realized a gendered hierarchy did not suit me. And neither did many other choices people there wanted to deny girls and women—career choices, for example: I wanted to teach and to write, and none of my teachers thought to direct me toward university-level teaching, where writing would be expected too. They just assumed I would teach elementary or high school. I made my way toward a career in post-secondary education through mentors I found beyond my high school’s doors.

I can’t say I found some feminist utopia where “rules” are applied equitably to women and men. Early in my career as a professor, I realized the university is not always the protected bubble of liberalism and political correctness many believe it to be. In the course of my career, I’ve had to point out to more than one (male and female) administrator seemingly gender-based salary inequities. I’ve been passed over for honors that were given to men whose accomplishments, while more lucrative than mine (the sciences naturally bringing more money to the university than my field in the humanities), still did not match my own broader service to the university community and the state. On more than one occasion, I’ve noted (loudly) how spouses of male colleagues have been allowed past EEO Office restrictions to hire these coveted men, while women’s spouses have had to jump through the usual bureaucratic hoops, as though, yet again, a woman’s desire (to have her husband not living in another town) was not so important as a man’s. And I had to threaten a lawsuit to stop an administrator, bent on breaking me from my habit of speaking my mind about inequities within the department, from taking away my chaired professorship to give it to a man whose credentials did not come close to matching mine. It was during this particular misogynistic attack that I discovered which of my “colleagues,” women included, would have been just fine with going along with my high school’s dance decorum and might have enjoyed watching the gym come crashing down on me for daring to reject the idea that it was someone else’s turn to enjoy an honor I had earned. Others, however, recognized that my date to that particular dance around a conference table was going to be a lawyer, and she was one heck of a dancer.

There is no feminist utopia, not even in academia, not even in 2020. But I did find a place where women struggling against the chains that would bind us is more the rule than the exception. And I find myself dancing often with these women and with the partners we’ve chosen for ourselves, who don’t mind when we lead.