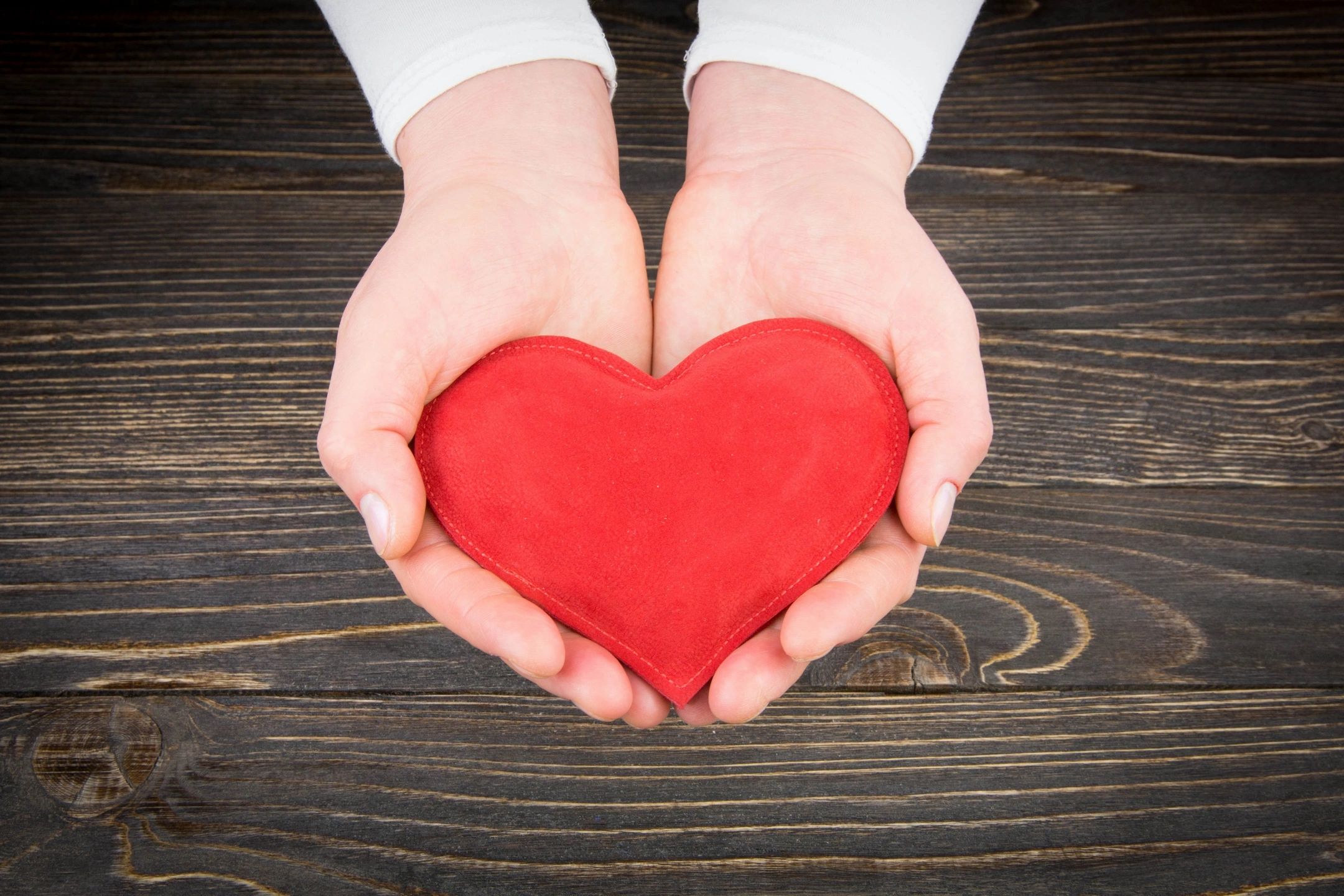 Southern Legitimacy Statement: A graduate of UNC-Chapel Hill, I am a native Atlantan born to a father also raised in Atlanta and a mother from small-town northern Florida. I spent many childhood summer days either swimming in a black water spring near the Suwanee River, or jumping into the frigid waters of the Nantahala River near Bryson City, NC. A mother of four grown children, I still live in Atlanta with my husband, a native of Chattanooga, TN.

Nona reaches for the red beret hanging on the coat tree by her front door, and misses. Despite the ache in her joints, she rocks forward on the balls of her spectator pumps and gives it another whirl. The beret slips successfully off its hook. It’s a good Irish wool, soft. It warms her ancient fingers. Nona grips the beret gratefully as she gathers up her purse and walking stick, locks her door and totters up the carpeted hall of what her daughter calls “the home,” though it’s anything but.

The elevator, thank Jesus, Mary and Joseph, is empty. Nona steps in, takes a sniff. Urine. She rolls her eyes. She’s had it with old people and their sloppy hygiene. Ground floor. Nona braces for the painful jolt as the elevator hits bottom. Then she settles the beret on her silvery head, checks the mirror on the back wall, and adjusts so as to center the beret’s rhinestone brooch above her left brow, the way she likes it.

Outside, all is crisp and blue and breezy, perfect weather for the tailgaters who will soon be making merry at the stadium parking lot. To think of their Solo cups and onion dip makes Nona thirsty. She picks up a little speed, hoping to outfox the light at the corner of Magnolia and Main. It flashes yellow before she’s halfway there and she slows again. Not to worry. If they’ve run through the single malt by the time she arrives, Nona feels sure young Stuart will find her a decent glass of Dry Sack. She squints against the Carolina sun and steps to the curb. A crowd gathers behind her. To her left, a horn shrieks. Breathless, she clutches her purse against her bosom. Through a cloud of exhaust she watches a jeep sweep around the corner, its body splashed with paw-prints. Lengths of red and white crepe paper whip from its roll bars, and three—no four—barelegged girls balance on the running boards. Swaying left, then right, they shake pompons and cowbells and shout—GoCats! Numberwan!

Her small feet splayed for good balance, Nona clucks her tongue and shakes her head. Then a thought, a terrible thought as young bodies jostle past, bumping her hips, her bony shoulders. Her heart aflutter, she opens her purse. All darkness. With trembling hand she fumbles past her wallet, a dusty lipstick tube, a blue lozenge and several loose aspirins and ah! There it is, beneath the glare of her compact. She hasn’t forgotten: Stuart’s gift, a box the size of a baseball wrapped in gold and tied with matching elastic ribbon. Nona touches a bent finger to the cool paper, lets go a sigh, snaps the purse shut.

From a few blocks away comes drumbeat and blast of trumpet. Nona trains her eye on the signal across the intersection. It shines green. Shouts, chatter, the thump of a heart, her own. She wavers, her softly furrowed cheeks coloring beneath twin smears of crème rouge, then rights herself and steps off the curb, swollen knees and narrow hips cooperating with a grace she’d thought long gone. The electronic hand ahead flashes three times then becomes the number nine. Nona lowers her gaze and moves along, her cane ticking off with each measured step the manic neon countdown—six, five, four …

“It most certainly is not a cane … ” Nona mumbles to the image of her daughter’s face that rises in her mind, stern and round as the moon. “A proper walking stick this is, been in the family since … ” She wets her lips and raises her voice, but Nona forgets exactly who it was, which of her grandfathers, or great-grandfathers, whittled the stick, carving it out of mountain laurel sanded soft as mink. “Well, I don’t care who whittled the thing. It’s positively not a cane, as anyone with half a lick of sense can see …”

At the opposite curb, Nona pauses beneath the signal light, fingers the khaki piping at the collar of her peach-hued St. John’s knit, and eases up one foot, then the other. Her pale crooked fingers bear down on the walking stick’s handle and she just manages to scale the curb. Nona resents the stick’s handle, an ugly rubber affair Melinda’s husband attached, poorly, the day they moved her out of the house (an English Tudor on an acre lot) that she and Mr. Snyder saved twenty years to build. “Part of the deal, Mother,” Melinda announced while the glue dried, big bulbous globs of it that overflowed the handle’s edge, spoiling the walking stick’s lines altogether. “We retrofit that handle for safety, Missy, or you stay put.”

The sidewalk is moving! Nona plants her pumps at hip width. Then she sees—or hears—that it’s only music, rock music playing so loudly through the open windows of the columned house on the corner it vibrates deep into the earth and back up again. A plastic disc sails past Nona’s shoulder, then ziiiiing-pop! Something flies out a window and splats against the ancient oak tree to her right. A boozy mist falls over Nona’s face, mingles, glittery, with her finishing powder.

“Sorry, Granny!” screams a youthful voice through a window. Then, a chorus of deep-throated laughter.

Pabst, Nona sneers, licking her lips and feeling all the more proud her grandson chose to pledge at the fraternity down the block, where for Game Day Brunch, the brothers serve sausage-cheese casseroles with pecan pinwheels and drink the way they did in her day. Bloody Mary’s, mimosas when it’s hot, whiskey straight up. They stock beer for those who must have it, mostly the climbers from the eastern counties, but serve it discreetly from a cooler on the stoop near the service entrance.

It’s the front door for Nona, a tasteful Colonial with a modest transom. Once she’s scaled the porch steps, she raps the door with the rubber pad of her walking stick. Inside, a television blares: “Wear Nike and sweat like you mean it!” Nona knocks again, harder. Nothing. She shuffles back a step, then another, and lifts her walking stick high, aiming for the doorbell. Her shoulder creaks and her wrist downright wobbles with pain but ding-dong! She’s done it. She can just hear the chime above the din.

A young coed—slender, doe-eyed, blonde—swings open the door. Her skirt is too short, her top too skimpy.

Nona gazes at the blonde through rheumy eyes. “Yes. Stuart Bridges, a third year. Come January he starts his term as president. Elected by unanimous vote. Today is his birthday.”

“Who is it, Tink?” A voice from inside—Tink? What kind of a name is that? The voice is not Stuart’s, but Nona recognizes it.

“Tell him it’s Mrs. Snyder,” she says, raising her voice, along with her chin, up and over the relentless music. The bass notes tremble, not unpleasantly, up her legs and spine.

“A Mrs. Snyder!” calls Tink. She smacks something, gum maybe, or cud, and her eyes crinkle up in a smile. “Looking for someone named Stuart? Says he’s her, uh …” With a cheeky wink, the blonde leans close and whispers. “Grandson?”

“Thanks Tinkerbell!” A broad-shouldered young man with glossy hair slides a hand around the blonde’s hip and moves her gently aside. “I’ll take it from here.”

The blonde smiles, gives a final triumphant smack, and trots away, ponytail bouncing.

“Hi there, Mrs. Snyder. Glad to see you sporting our team colors today.” With a winning smile, the young man gestures at Nona’s beret with firm fingers that brush the brim ever so slightly. Nona grins, hesitant but proud.

Her face pinched, Nona studies his eyes, his jaw line. She tilts so close she can feel the silky hairs along his forearm.

“Now John, why didn’t you say that was you?” she says. Flushing with pleasure, she lowers her head and starts across the threshold while John, whose name is Cliff, steps aside to let her pass.

“I’m sorry, Mrs. Snyder. We weren’t expecting you so early. I think you’ve been walking faster this season.”

“You think nothing of the sort,” says Nona with a smirk. Walking stick tapping, she makes her way to the living room and sits on the ragged couch. It smells of dog.

Her purse in her lap, Nona rifles through its fusty depths. She pulls out Stuart’s gift and cups it between her hands. Patient, she watches huge players moving across the huge gridiron on the huge television across the room until John who is Cliff appears again, a sweating lowball in one hand.

“I see you remembered Stuart’s birthday,” says Cliff with a wink. White cardboard peeks through at the corners of the box where the wrapping paper, which once had a sheen to it, has worn smooth and begun to split.

“Why yes I did,” Nona says, and for a moment all her aches and worries soften. “Thank you, John,” she says, and extends her hand.

“Yes ma’am,” says John who is Cliff. He grasps her fingers, hands her the lowball and leaves. A deep gulp, and Nona settles in to wait.

In his townhouse seven miles away, Stuart Snyder Bridges, a thirty year-old accountant with a March birthday, pulls his cell phone from his pocket.

It’s a voice Stuart knows well. A brother, Cliff, if memory serves, though they sound younger every time. “I’ll be right over,” he says.

“Would you like another, Mrs. Snyder?” Different voice, different young man, one Nona feels less sure about.

“Don’t mind if I do, dear,” she says nevertheless. “I’m sure Stuart will be here soon.”

Panicked, Nona searches for her purse, which someone has set on the floor. Her foot bumps the patent leather bulk of it. As she reaches down, the hard edge of the gift box presses into her belly.

There it is, Stuart’s gift. She hasn’t forgotten.

Nona relaxes into the soft odorous sofa cushions. Beneath her fingers, the box in its gold paper feels cool and expensive. She can hardly wait for Stuart to open it.