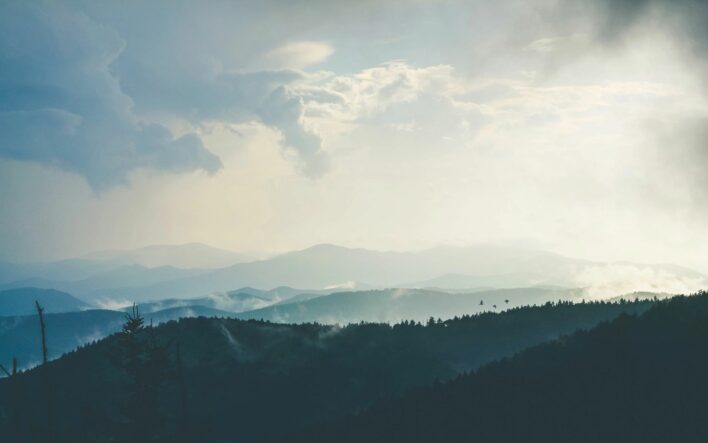 My Southern Legitimacy Statement: Called to the Blue Ridge Mountains via the music of the Allman Brothers Band first and then later by both the Fleet Foxes and the Band of Horses, I finally got the message ten years ago and have been residing in Asheville, North Carolina ever since. Shortly after I arrived I fell in love with a Kentucky babe and now use “y’all” in daily conversation. One of my goals for this year is to work on my biscuits and gravy making skills.

The Paradox of Acceptance/ A Mother’s Day Miracle

I think about my relationship with my mother a lot. Too much perhaps for a normal human but maybe just the right amount for a therapist. I hear about the mothers of my clients daily in my private practice, and to underestimate the role that relationship plays in any human life is an oversight at best. With mothers in general, and my mother in particular, I think about the complexity of that connection. My desires in relationship with her, and her desires in relationship with me. We have different needs, and sometimes even different values, and yet we repeatedly turn toward one another in an amnestic state, and try again to get our needs met.

She wants respect. She was raised with a certain power differential in her family of origin and is both used to and comfortable with an authoritarian style of parenting. She wants to guide me in the direction she feels is best. The shadow side of that desire is control, which rears its ugly head from time to time. She wants to be adored and she wants affection. She relishes verbal expressions of admiration and care.

I try to elicit feedback and encourage her critical eye when I am facing obstacles. I want her to know that she is needed. I express interest in her life and try to be encouraging of her efforts. I tell her I love her each time we speak, but sometimes there is a blowout between us and she lets me know that she does not feel the love from me that she so desires.

I sometimes wonder if her needs come from her own mother wound – from never having gotten this, or not having gotten enough of it as a child. Growing up with a bipolar, verbally abusive mother who regularly berated her left an indelible mark on my mother’s psyche.

I want empathy. I want validation for my emotions and the variety of responses I have for life’s challenges. Frustration, disappointment, and longing are a part of every human life. When they arise in me, I want someone to say “yeah, that sucks sweetie… that sounds really hard… let’s just sit here for a while and wallow in the suckiness of it.” Most often, I want that person to be my mother. Isn’t that part of the job description?

But that’s not what my mom specializes in.

My resonance with the Buddhist philosophy “life is suffering” is in direct conflict with my mother’s staunchly optimistic philosophy “look on the bright side.” Don’t get me wrong: I have a heart full of gratitude for all of the many blessings in my life. I actually think that my acceptance that things are not always going to be great serves that larger sense of abundance and appreciation. But for mom, “dwelling on the negative” is unproductive, or scary, or I don’t know what. Regardless, it is not a possibility.

Oftentimes, mom will tell me what’s known in group therapy and recovery circles a “parallel story.” A story of someone she knows or knew or heard of or sometimes maybe even made up that, compared to my dilemma, is much much worse. “So suck it up buttercup!” Is the unspoken message.

I am left feeling invalidated. Like my natural response to what life is presenting me needs to be modified in some way. Does she know that I know that all emotions have their own natural ending points? That I will find my way back to balance, to joy and levity again? Maybe not. Maybe she fears that I will get stuck in some deep pit of depression. She has told me many times of how her father, my grandfather, was diagnosed with major depressive disorder and went through electroconvulsive shock therapies. It makes sense to me that this could be driving some fears and preventing the kind of open, spacious exploration that I desire.

When I reflect on my life’s journey thus far I consider the route that I have chosen and the obstacles I have faced. There have been many times when I have needed support in various forms: direction, advocacy, brainstorm sessions, financial support. Mostly, it has been my mother who has provided these supports.

Our relationship is far from perfect, but we try to be there for one another. While we simply can not meet all of the other’s needs due to issues of resource management, lack of skill or conflicting core beliefs, our care for one another is real and it is just going to have to be good enough for this lifetime.

After debating about it for several hours I sent this paper to my mother the day before Mother’s Day this past weekend. I decided it was a risk worth taking. Our relationship has been strained for the past several years anyway. If she was offended or hurt I would back out, apologize, and wait out the storm until we regained homeostasis.

Anxiously, I checked my phone intermittently to see if she’d responded. Finally, at 10:30 that same night, she did. She not only confirmed my suspicions about her own experiences growing up in a family with two mentally ill parents, but she expressed gratitude for my sharing my needs with her. This is something I had done many times before, but something was different this time. She got it. She didn’t get defensive or launch an attack. She took my words in. This exchange was healing for us both, and feels like an opening into a new way of relating. Nothing short of a Mother’s Day Miracle, if there is such a thing.

The paradox of acceptance is that sometimes, when I finally accept things that are hard to accept, exactly as they are, they start to change.