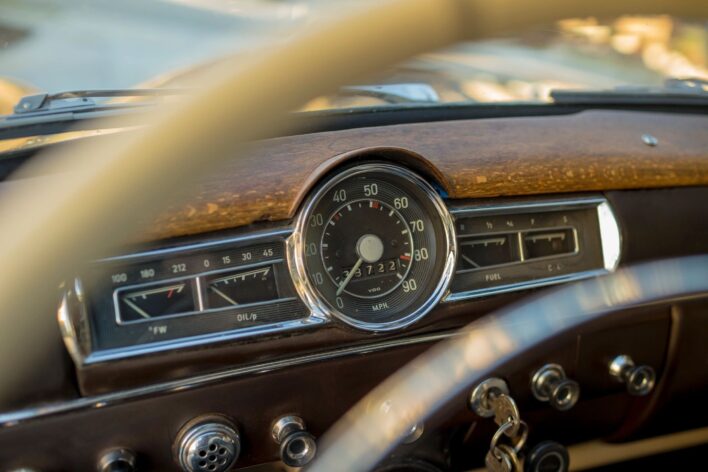 Southern Legitimacy Statement: I’m new to the south. I like it here, but I feel like everywhere I go I’m ‘appraised.’ It’s interesting. When I was at Cornell in CNY, and someone from NC passed by, I didn’t think: Huh, You’re from the South. Everyone I meet (down here) uses the word North in at least one of their sentences. It’s really refreshing, though, the different ideas. This story reflects a ‘reflection’ on people as MASSES. How I wish we were one. (I’m not ‘blaming the north or south). So it’s an allegory. I’m legit.

You’re about to notice a woman.
It will take a moment, given the gathering commotion, and the still rising crowd, but you’ll soon be aware.  And not just because she’s the prettiest person in the parking lot, or because she’s so visibly scared.  You notice the woman because she’s so very pregnant.  As if she’s about to have her baby right here, right there.
The front of the lot is defined by plots of meticulously mowed turf, long oval mounds contained within concrete, the grass heavy with dew.  Yellow dandelions make the grass greener.  This green makes the yellow brighter.  From these fixtures ornamental cherry trees quite beautiful rise in height, full of mid-season’s fevered bloom, pink and white leaves shape-shifting in the breeze.  Carpenter bees big as hummingbirds swoop and flit, rise and fall.  Cloudless, the sky is liquid blue, as if the absence of contrast allows for something bluer.
The woman sits in the passenger seat.  Her husband, who even looks like Tim Tebow, wears white jeans and a white polo.  Its logo, a Jesus fish embroidered within the fabric, is white, too.  He edges their Envoy into one of twelve spaces near the storefront, spots, these, designated as Customer With Child Parking.  When anxious, the young woman cradles her belly.  The young woman cradles her belly.
It’s just past nine.  The surrounding hillsides rise low in blurry, smoky definition.  Vehicles circle the lot too quickly, customers honking, anxiety making people angry, everyone a century of hurry.  Tebow doesn’t notice.  He hops to the ground, taps the hood, and opens the woman’s door.  A balloon losing helium, she floats to the ground.  Plainly dressed, she’s more beautiful for this.  And this is how it begins.  Those who see her slowing.
An old man, his face like dust, a mask of ivory wrinkles, wheels a cart teeming with groceries.  He either has thinning hair or huge ears.  Face swallowing his mouth he stops, abandons his goods, and approaches the woman.  Eyes black holes of privity.  Taking in everything.  His body alit not so much by beating heart as a mind formed by doctrine’s myth.  He shouts.  Says that she’s illegally parked.
Oh, how language exposes our weaknesses!  Of course the woman believes her child is a child.  But this isn’t the debate.  The woman gets the grocery store’s intent.  She agrees that this parking spot isn’t set aside for her.  Not yet.  But she hadn’t been driving.  And her husband hadn’t been listening.
Now is when you see her.  Head turned, it’s obvious she wants to leave.  Tebow just smiles, amazed.  He nods.  She shakes her head.  You want to help.  (Primarily because she’s so pretty.)  The old man hasn’t stopped talking.  Is the parking lot subject to criminal law?  You have no clue.  Either way, the old man saddens you.  How awful to think of the essential human energy necessary moving so worn a figure.
The trouble with understanding human qualities is precisely human.  The potentiality of human life is present from the moment of conception; this is without question.  But is this at minimum?  The old man is old and has no use for reason.  Life before birth?  Why, that’s like imagining that human nature exists in a butterfly’s wing.  But the old man doesn’t have to think.  He points to a sign.
More people stop.  They don’t know what they’re witnessing.  The sociologist says there aren’t masses, only ways of seeing people as masses.  You think that people expect happiness, when, really, they should be amazed joy pokes through the permanency of existence.  Anyways, no one but you, the old man, the couple, and one or two others know what’s happening.  So, given that the woman is beautiful, and pregnant, and because we, as a society, don’t like old people, the mass is on her side.  What’s tricky, though, is that while her child is alive, it’s difficult for many to see the baby as anything other than an idea.  No one but the woman knows the child is quick inside her, kicking.  No one remembers that once upon a time we were all so equal as to have no need for pronouns.  The nature of the dispute passes through the crowd.  Now the man has allies.  Lines are drawn.
You watch as the man continues to speak, his countenance an exercise of raw, judicial power.  Breathless, ragged, he spits something indecipherable which rises into “…. spot as convenient as family planning?  No reason why the two of you can’t walk like the rest of us.”
You want to speak, but what is there to say when this, here, is so very clearly another’s non-negotiable belief?  And what do you feel?  A college elects officials.  You wear a condom.  So, more than anything, you feel nothing.
Someone calls the store, asks to speak with a manager.  A woman in a coral blazer crosses the lot, closes the distance with great speed.  She tells the couple to stay put.  She turns to the old man.  Excited, her top lip recedes.  White canines.  Sharp fangs.  Citing first state law it’s not the function of the law to enforce the whole of morality she adds, “This, sir, you’d do well to note, isn’t private property.”
Winded, the pregnant woman is tired of attention.  She touches her husband with a finger.  He doesn’t notice.  She looks towards the grocery store, then drifts away.  You watch her shuffle between a Ram and a Prius.  In a moment she has disappeared.  Entirely unnoticed, too.  Were it not for me.  If it wasn’t for you.
Her child a body light as laughter.  A mass which doesn’t account for the gravity of consciousness.  In a month this won’t matter.  The cord will be cut and her child will slip from one earthly weight into this selfsame world only defined differently by a mass of people who, absent provocation, offer its—our—justification for living.
You walk towards the store.