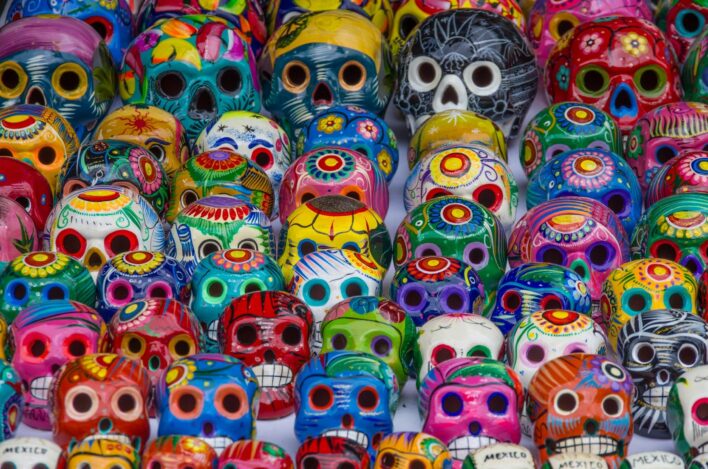 Southern Legitimacy Statement: My family migrated from the red clay hills of Northeastern Mississippi to the mountains of North Carolina, up around Asheville, when I was three. Buncombe County. Origin of the word “buncombe,” later “bunkum,” later “bunk.” Meaning nonsense, blather, twaddle. We couldn’t afford ice cream, but when the milk truck came up the hill of a Tuesday, sometimes we got this thing called “ice milk.” I was never quite happy with ice milk. But them’s the breaks.

My Mother Was My Date to Blood Feast

During the heyday of the drive-in theater, the South was littered with them. They seemed to spring up anywhere there were a dozen flattish acres that were good for nothing else. Asheville had three of them, and they did steady business throughout the fifties and into the sixties. It is a matter of historical record that a certain species of exploitation film was made exclusively for the Southern drive-in market and enjoyed its first run—or its only run—in the region. The great majority of these involved car chases, moonshine, cardboard villains, and country gals in cutoff jeans.

And then there was Blood Feast.

Blood Feast was the granddaddy of all splatter films. It was 1963, and nothing like it had ever hit the screen before. It was a “horror movie” by default, but a wide departure from any previous entry in the genre. There is almost no pejorative you could apply to this thing that would convey its spotless ineptitude and vulgar crassness. If your taste runs to the psychotronic, you already know it well; as a film “so bad it’s good,” it has no peer. An attempt to describe the “plot” would send a good many souls, even in this jaded age, running for the exit. Suffice it to say that a number of buxom young women were dismembered in ways never depicted before, and depicted with surreal amateurishness. There is no question that stage blood (or the cheapest substitute—probably Karo Syrup and food coloring) was the costliest item in the budget. To add a touch of realism, bovine innards from the slaughterhouse were liberally employed. Other than that, the script must have emerged from an all-night tequila bender, concepts such as “logic” and “production values” were entirely alien to the filmmaker, the cinematographer didn’t know which end to look through, the finished product was edited with a Weed Eater, and the actors—presumably patients from the local methadone clinic and a few area strippers—well, the best of them had all the charisma of a lump of asphalt, and any of them would have had more charm as corpses. It was shot in Miami for next to nothing, and it was aggressively and intentionally revolting.

The auteur, one Herschel Gordon Lewis, former communications instructor at Mississippi State, may have been talent barren, but he stumbled into gold on this one—Blood Feast made him a millionaire.

I was in my adolescence when this masterpiece slithered into town, and “First Run” for that pile meant the drive-in. In our case, the Dreamland (or it could have been the Starlite) in Asheville. When the ads hit the local paper and word got around, it was obvious that history was being made, and as a dyed-in-the-burlap Monster Kid, I really had no choice.

I wasn’t old enough to drive into town, and the older kids weren’t interested in taking me. They were oriented toward foolishness like cars and football. (It was a lonely life, being a Monster Kid in the rural South.) I inquired of my daddy and got the answer I expected.

In no time I was down to my last card.

My mother was a Virginia farm girl during the Depression, and the first movie she ever saw was Gone with the Wind. She was twenty years old. After that, she couldn’t have cared less if she never saw another one.

But she took pity on me. She had not failed to notice the stacks of Famous Monsters, the sounds of “Themes from Horror Movies” coming from my room, and my addiction to “Shock Theater.” And after all, I had never asked such a favor from her before. So one fine weekend night, we got into her little blue Ford and she drove us over to the Dreamland. Or the Starlite.

Now, I knew it was going to be bloody—that much was in the advertising—but in my young enthusiasm, I hadn’t quite thought it through. And really, there was no precedent for it. As we sat there, and the whole demented, pointless spectacle unreeled, I became concerned for what might be going through my mother’s head. I asked if she was doing all right. Doin’ fine, she said. And she had a half-smile on her face that stayed there through the entire movie. When an especially disgusting piece of business transpired, she’d shake her head and chuckle. And I’ll be damned if she did not sit through the world’s first gorefest without comment or condescension. I don’t believe she even looked away from the screen.

It was only much later that it dawned on me why that circus of sleaze had not fazed her.

My mother been an Air Force nurse during World War II. She was stationed at Stamford Hospital in Connecticut, one of several hospitals that patched up the boys who’d been through Hitler’s meat grinder. And of course, the usual run of car wrecks and barroom stabbings turned up on her floor. And one time, as I will never forget, she said this rural fella was brought in—a Yankee country boy from outside Stamford—whose face had been chopped to pieces with a garden hoe. Once you’ve got that kind of visual on your résumé, no phony cinematic hackwork is going to upset you.

About a year before my mother passed on, I said to her, “Do you remember that time you took me to the Dreamland…?” And that’s all I had to say before she started laughing. She was frail then, but it was as long and hearty a laugh as her old frame could handle. “Oh, Lord, yes!” she said. “I remember that sorry mess!” And she laughed off and on for the rest of the day, remembering it. I guess she’d laughed every time she thought of it for fifty years.

To this day, I have to admit, Blood Feast is a favorite, in the same way Plan 9 from Outer Space is a favorite. I’ve seen it several times, and every time I get plenty of entertainment out of it. And every time, I remember my mother taking me to see it and sitting amused and uncomplaining through that whole sorry mess.

That’s love. That’s exactly what it is.