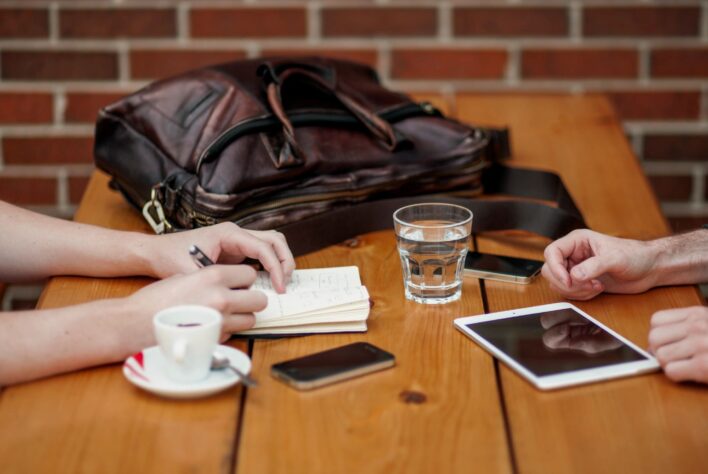 Southern Legitimacy Statement: I have worked jobs that are always considered women’s jobs such as maid, nanny, hostess, daycare facilitator and now as a librarian. I am interested in identities in the south as well as the interconnection between landscape and identity. I live and work in Savannah, Georgia.

How Long Can the Center Hold

Monday mornings are often quiet at the Savannah LGBT Center. We are not open on Sundays and sometimes the silence rolls into the new week. Sometimes, however, something terrible has happened on Sunday and no one knows until 8:00am the next day.

Scarlett and Lince (their names change often) come in and ask where Karen is. I say, She’s gone for another week. Lince raises her arms above her head in victory. “She always tells us we smell,” she says (I know this because the staff come in with a Lilac scented Febreeze can after the girls leave the room. The lilac smell is sick and sweet and not a better alternative).  Scarlett says, “Don’t you think we know that?” I understand. Or, I suppose I don’t understand. My ability to see the problem without being able to fix it hurts my arrogance and I want to make it better, or hold my breath. Is it impolite to ask them back to my house to use the shower? The pipes are old and clog. Standing in toe deep water is no luxury either. The Febreeze can should not be a part of the job.

Scarlett and Lince have been hanging around the Center for the last eight months. They change their names, use the internet to get various medical documents from various states, and to pay a small sum that covers their housing fee. They live in a tent. In the summer when it’s been raining Scarlett comes in with her hair matted against her face. I don’t ask them to leave when the two hour time limit is up like my supervisor requests. I let them stay, tell them not to get me in trouble. When someone else kicks them out, I look at them with a face I know says, “At least it wasn’t me.” Lince straps her backpack on and Scarlett puts her flip phone in her sequined coin purse. I do not see them again for weeks.

Later, they will both come in with haircuts. They look happy. Lince will tell me she has just got  a job at the McDonald’s on Broughton. “I actually left a one star review of them on Yelp, but they don’t know it’s me, I think.” Scarlett holds her stomach. She’s pregnant. She says twins run in the family. “I’ve been doing the math and if we save for three months we can afford a one bedroom trailer. People with money always say, ‘save, save, save’ but what they don’t understand is the ability to spend money is an incredible feeling.”

I am elated. I want to hug her. She’s having a child and they have wealth. By wealth, I mean, abundantly more than what they did have. Finding a job before November first, she said, was a concern, as their pastor would be required to report an uncared for pregnancy to the police. As though the crime committed here was having a child. I forget that and instead feel a type of pride, for some reason. I text my supervisor their good news. She replies, with, “You can’t have a baby under a bridge.”

She’s right. But that wasn’t what I was thinking. I didn’t even consider that.

The two girls watch a movie in the rec room.

When I open up in the morning there are three missed calls on the answering machine. The first one came in at 6:53am. To call that early means there’s a problem. It usually means the caller is asking for help before someone close to them wakes up. I call back and get a voice on the phone that sounds like a kid fresh off a wave. He is not from here. He and his partner just moved to Savannah from Los Angeles and are crashing on so-and-so’s couch and need a better place to stay. They are looking for temporary or weekly housing. They are both employed and have transportation. Finding them a place to go is likely the easiest task I will complete here this week.

The Center will not save everyone. If it were possible to board up the walls (we do not have to worry about the windows, they are made with bulletproof glass), and store every member of the LGBT community inside we would.

Many of the people we deal with will not be immediately affected by the Trump administrations threats on civil rights simply because they do not even have access to things like HRT, health insurance, nor do they face discrimination about being “out” at work (because, most of the jobs they do have are ones that no one readily wants, thus will hire indescrimintally), or run the risk of being evicted (in the state of Georgia there is no legal protection for the discrimination against gender identity of tenants). These people will still have a sweaty tarp over their heads at night, will still rely on their faith and their church, will still make eight dollars an hour at best. Will still depend on communal resources for as long as they hold out (just the other day the building’s water was shut off at the street level, either in jest or vandalism).

Derek is allowed back at the Center. He was banned for one week, but decided to stay away for months. He would look in the window and wave to me if I was at the front desk, but I often saw him walk by without coming in. He sits in the back room at one of the televisions and watches music videos from the early 2000’s. I complained about the same song by The Fray playing for the third day in the row. He handed me the remote and I played Cactus by the Pixies. “What is this, like, grunge?” he asks me. Derek moved to Savannah from somewhere in Augusta. He draws in a sketchbook he carries in a drawstring bag. He wants to go to school but he doesn’t know how to type. He is 38 years old.

A woman who knows Derek used to spread out in the back table of the rec room, sneaking library books into her duffle bag to return them later. Their lives intersect outside of the Center. After an altercation I blindly diffused between them, Derek was then asked to leave the Center to prevent further damage.

This ignorance does not protect them, however, from the reality of their lived experience.

Scarlett and Lince are on a list belonging to the owner of the land which their tent is parked on for when they are next able to take a shower. The communal showers have been under maintenance and have not been back up for some time now. The showers require tokens for which you purchase and insert into the machine to get the hot water. Lince got the job before she got a shower, on the condition that she would be able to shower regularly. This was as vital to the application process as having reliable transportation. Of course, walking will always be the most reliable form of transportation.

When Derek first came back to the Center he asked me how I had been. He said it looks like I’m very tired. Sometimes I see him around town and I say hello and I ask him when he will return. When I am downtown I think about walking by the McDonald’s, think about maybe going in to see if Lince is there. I think about these people as if I know them. And I very much want to believe I do.

If the television is already in use the next best spot in the Center is the library. The books are all from donation. The shelves go by genre from classic literature to erotica to self-help to queer fiction to political theory. Many of the books are outdated, as someone cast them from their shelf and packed up cardboard boxes to unload on the Center. Books from the 90’s about the AIDS epidemic that are factually incorrect. Books about attracting a partner before Tinder and Grindr.

These books speak to the old reality of the LGBT community. While we have improved—

Our medical equipment is up to date, we have contemporary trained mental health professionals, (and a flat screen television), the fact that these books are on our shelves and have not yet been replaced with contemporary texts about intersectionality, queer theory, gender identity and Derridian philosophy tells you where we, in the middle of Savannah, Georgia, are on the cultural timeline.

The Center has only been open since July of 2017. It is a volunteer run organization. The services include HIV testing and mental health counseling. One volunteer stays after operating hours to open the door for service members keeping their sexual orientation hidden from the military.

Today, a man with graying hair comes in and says, “where can a guy put on his heels and stockings and go dancing in this town?” He wears glasses, and walks with a shuffle. I direct him to Club One, the only drag club in Savannah, though he says, “I went in there Thursday night and no one was dancing, no one was dressed up.”