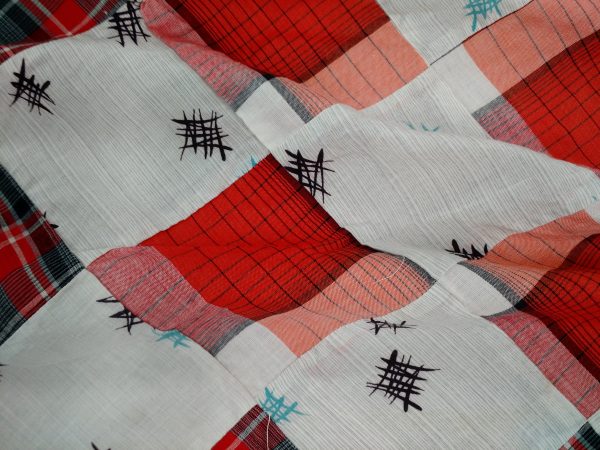 “Looks like the Army done made you soft, boy,” said the first one, the one with the sorry excuse for a beard growing like a fungus out of his fat neck. He was leaning against the bar and looking down at Griff, something that was possible only as long as Griff stayed seated.

Griff had been away for five years—two down in Fort Worth and another three in Germany— and had returned to Ducworth just last week, without telling anyone he was coming. He was staying at my place, sleeping on my couch, which meant that for the time being he was drinking at my bar.

“Dunkel,” Griff said, smiling and not bothering to bow up.
Griff patted his belly, which, swollen as it was, still wasn’t half as big as Neck-beard’s.

That was Griff—a peacemaker. Gentle. Not a thing to prove. Content to be left alone in his largeness.
Neck-beard, though, couldn’t leave it at that.

“What year did you graduate?” he said, moving the words around in his mouth as if sucking on a lozenge.

“Ninety-seven,” Griff said and flagged down the bar-tender to order another beer.

“Too bad,” Neck-beard said. “A couple years later and my cousin would’ve knocked your dick in the dirt.”

“Probably,” Griff said and grabbing his new beer, stood up, grabbed his cigarettes off the bar, and went outside for a smoke.

When we were alone, I said, “Forget him.”

“Forget who?” he said, releasing his smoke into the night and looking about as tranquil as a Trappist monk.
My brother has always understood that, in addition to the supposed reason people hate you, there is always a real reason too, one they won’t, or possibly can’t, articulate. And, for Griff, that reason had to do with football. The fact that Ducworth’s finest boy turned down full-rides from Clemson, University of South Carolina, and Auburn, in order to enlist in the Army was, for many, unforgiveable. The other reason, hateful as it sounds, is that Neck-beard and his kind are still too young to lay on their backs in bed at night, sober or relatively so, and admit that they were nothing back in high-school, and they’re nothing now, and that no matter how hard they cling to their little nothing wives and nothing jobs, and talk a big game about where they aim to go, they will never get there. They will never go the places Griff has gone.

Half an hour later, we were back inside, shooting eight-ball. Neck-beard and few others just like him came sauntering over, walking tough because they had some booze in them. They started leaning on the table, laughing when one of us missed a shot, whispering stuff to each other and giggling like girl scouts.

“Who taught you how to play pool?” Neck-beard said after Griff missed a bank shot. He exploded into big, violent laughs, like something clever had been said.

Griff said nothing. It was my turn and I lined up my shot and sunk a high-ball in the side-pocket. I dropped two more before missing a straight-on chance at the eight-ball. They found this hilarious and the small one in the group, a weasly-looking fellow with a receding hair-line and teeth like a run-down rake, stepped up, laid quarters on the slate, and said, “We might be waiting awhile for this table.”

The cue had worked itself behind the six ball and Griff’s only shot was the two in the far corner. To take it, he had to walk to the other end of the table where Neck-beard, Rake-mouth, and the rest of the Lollipop Boys were gathered.

“Excuse me,” Griff said, calmly, as if he had never seen them before in his life, as if, to him, they were not worth noticing much less remembering.

This calmness, I should say, infuriated people. It always had. Griff had had that quality since he was a boy and instead of interpreting it for what it was– a thorough indifference to expectations– people interpreted it for what they wanted it to be–an arrogance based in his sense of superiority. More than once I heard people say things like “That boy thinks his shit don’t stink” or “Someone needs to take him down a peg.” I first learned what a “chip on the shoulder” was when a high-school algebra teacher used it to describe Griff.

They were drunk, all of them were, and made a production of getting out of his way. Griff took no notice of them, though. He stepped up, measured his shot, and bent down to take it. He drew his cue back, but right before he struck, Neck-beard popped Griff in the back of the knees with his stick, causing him to buckle and altogether miss the ball.

“You boys feel a breeze come through here?” Neck-beard said, looking around the room while his buddies laughed uncontrollably.

Griff moved so quickly that it’s doubtful whether or not Neck-beard ever saw the cue that cracked against his skull. I was watching and I hardly saw it. There was just the laughing one minute and then the next Neck-beard falling backwards and blood pouring out from his face and Griff not stopping to watch but swinging what was left of the stick at the other men. They were quick too, though, and, by the time I crossed the room, one of them had Griff in a head-lock and the other was delivering haymakers to his ribcage.

“Y’all take that outside, you hear!” Freedie yelled about the same time Griff flipped the one who was choking him over his back and stepped back to catch his breath.

Neck-beard was back on his feet, blood caking his face and making the whites of his eyes and his smile look intimidating in a psychotic kind of way.

“What kind of cheap-shot was that, Miller?” Neck-beard said. “You afraid to fight me straight-up?”

“Let’s go then,” Griff said, taking off his watch and handing it to me.

“Freedie you better go ahead and ring up an ambulance for this little shit,” Rake-mouth said and followed the rest of them outside.

Griff loosed his top button and slipped out of his shirt. German beer might’ve added some fat to his frame, but to see him in a wife-beater, you would have to say that the fat went on top of the muscle and not in place of it. Griff was still a sight—all shoulders and biceps and back. I noticed a few tattoos that he had not had the last time he was in town. The Gadson flag stretched out across his right shoulder, the snake coiled and ready to strike. A Grim Reaper with an AK-47 in the place of a scythe sneered in between his shoulder blades. Someone named Amanda had left her name across his arm.

“No,” he said and shook his head when he saw me emptying the contents of my pockets onto the pool table.

“There’s six of them,” I said and considered reminding Griff that this wouldn’t be my first fight. “I’m coming.”

Griff rolled his shoulders and removed a ring and I just stood there and could not think of a single thing to say to make Griff realize that, regardless of the outcome, I wanted to fight beside him. I wanted to bleed in the same dirt as my brother and, for a moment, feel like a little more than nothing, proximity being its own kind of achievement.

I followed him outside anyway and, as it happened, those old boys beat us into the ground. Turns out Neck-beard wasn’t half as soft as he looked. Rake-mouth had the most vicious right hook I’ve ever seen. There wasn’t one of them that didn’t move like a damn cage-fighter. Griff walked away with three cracked ribs, a dislocated jaw, and cut above his eye that took seventeen stitches to fix. Aside from a jammed finger I got when that skinny one stepped on my hand, I somehow managed to get away with just a chipped tooth and a couple dozen contusions.

A couple weeks after that, Griff left again for Germany. I remember saying goodbye at the airport. He shook my hand and walked away and I watched him walk through the terminal. And right then I realized that he would never return.

People still ask what happened to my brother. Some will tell you he left because he thought he was too good for Ducworth. They’ll give you that stuff about chips and pegs and sweet-smelling shit. That’s not the truth, though. The truth is: Griff’s an unwelcome reminder. He calls to mind everything you once believed in, only to make it clear in the next moment how far you are from where you hoped to be.