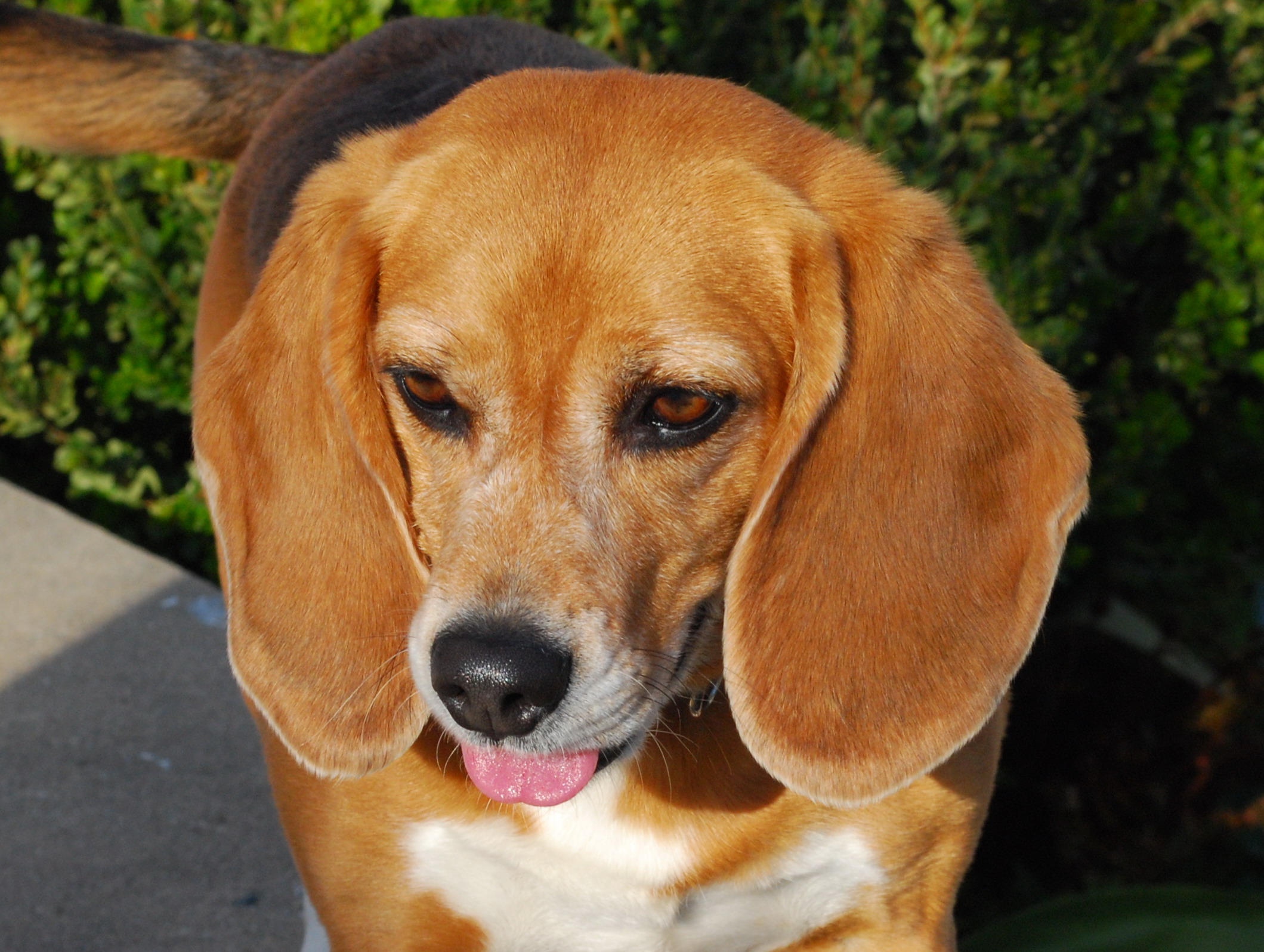 The Boy, The Buck Rabbit and the Beagles

The old man was thinking how good it felt to be walking behind the dogs again, having been hampered by ankle surgery in mid-October. Fall and winter was not the time he would have chosen to be laid up, what with small game, large game and ducks in season. Fall and winter was the time for a southern sportsman to be on top of his game, literally, and that was hard to do when you had your ankle bone fused to your leg bones in a major surgery, now in early February, he was back in bushes and briars.

The old man had been rabbit hunting since the deer season went out in early January but doing so by riding on an ATV, that four wheeled gasoline powered machine that would go just about anywhere he could walk, however, it was not the same as walking the dogs which had been his custom for over sixty years of Januarys and Februarys. Driving that noisy, briar crushing machine down into the thickets scared the rabbits into the next county making it harder for the dogs and it wasn’t good for the habitat. The old man was glad to be walking the dogs again, even though still hobbling a bit, he was confident that they could slip up on some rabbits more quietly and have some fairly short races yielding better chances of bagging some of those mystical masters of the canes and briers converting them to menu main courses.

In addition to his business of selling and installing seating and furniture into the biggest college football stadiums in the south, he was a pro staff representative for about anything sporting from fly rods to knives. While he knew a lot about most everything, he had a special love for hunting dogs, which brings me to the beagles. We only had three dogs to put on the ground; Reba, Penny and Nila. We have had as many as forty dogs at times counting puppies. Breeding, raising and training beagles can be compared to what college football coaches go through with their players. They start with a lot of prospects and try to cull them down to a manageable number through the recruiting process which is what we do with a litter of puppies.  You look them over for the characteristics that you can see, physical shape and condition, watch how they get along with each other and then which ones seems to mean business about hunting compared to which ones are easily distracted. Then you try to judge how fast they learn when they are young and estimate how much better they will get when they are older.
Like football coaches, we get rid of the majority of them through this early scrutiny and the beginnings of training. Someone with lower standards that will be after lesser game can take the culls and see what they can do with them. We are going after the buck rabbit which can be compared in college football to winning the Southeastern Conference Championship, and maybe playing for the National Title in the world of rabbit hunting. There are other types of rabbits to hunt such as cotton tails and blue bellies but the cane cutting buck rabbit is the wiliest of all critters and live in the hardest places that there are to hunt. Their haunts are a combination of canes, briars of all types, mud and water.

I will sum this college football analogy up by saying simply, we have to breed somewhere between eight and ten dogs to get one that makes our pack temporarily, and then we are constantly looking for better performers with no bad habits. The best performers we have had come at a ratio of about four hundred to one, which I think many college football coaches might agree that they play four hundred pretty good players to find one that might make their hall of fame and then they won’t know for sure till the playing is done over several years time.
The old man had only been blessed to handle three dogs out of maybe a thousand or so that was a hall of fame keeper no matter what, all the rest had been up for sale or trade constantly. Fancy was the first hall of famer and she overlapped with a dog named Link, and both were followed in time by Rose, one of Fancy’s offspring. Now Fancy, Link and Rose were all gone; deceased of old age. Dogs like those three get to retire to live their days out on the porch and are never sold or traded. They become family members. Now today, we had three dogs, one the old man thinks is a future hall of famer, Reba, while the other two are mostly place holders till the old man’s son, who does the dog breeding and trading finds better ones. There are four of Reba’s puppies in early training now and two of them seem like they may put these other two, Nila and Penny, on the trading block or up for sale. In fact, Penny is here on trial but the old man has seen enough over the last two weeks to know she would not be bought but would be going soon back for her owner to try to sell her to someone else. So the dogs were three in number and one was a wonder dog, Reba, while the other two were place holders, which now brings me to the boy. 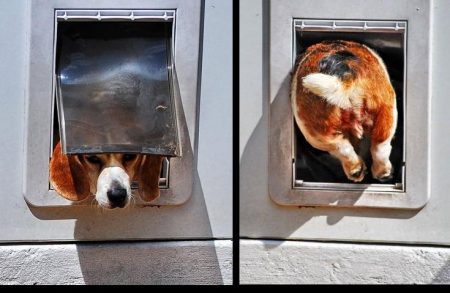 The boy was only eleven years old but he would be quick to remind you, his birthday was in thirteen days, the day after Valentine’s Day and then he would be twelve. A hunter since he was about three because the old man had started the boy’s dad when he was two and still in diapers. This boy had the privilege now of working the kennels; feeding dogs and keeping the kennels clean.
So here we went about mid morning after the frost had melted, three southern gentlemen of different generations dressed for a day of sport in boots, briar resistant clothes and some orange colored something somewhere. We slipped straight off into a canebrake filled with briars, and before the dogs had snaked their way  fifty yards down under the briars, the younger man heard a rabbit burst through the dried debris on the swampy forest floor. The boy was assigned the task of dog handler and huntmaster in the absence of his father who had a work thing to do that day which could not be denied. So the boy called the dogs to the bed the rabbit had left and after some false starts Reba finally straightened out which way it went and they were off. The dogs ran that rabbit hard for a big loop which is the rabbit’s normal practice, running in circles if they are true to their nature. The hunters couldn’t see it but just beyond the thicket they were in, there was a sinkhole with water standing in the mud, and that buck rabbit went in there trying to confuse the dogs who had not even bobbled on following the trail so far. When the dogs got to the muddy water they did get stymied but just for a moment and Reba figured it out, so the buck rabbit made a short circle and went back through the mud. After the rabbit had circled through the mud maybe five or six times, even Reba couldn’t figure out which trail to take out of there, so the boy called them off thinking we will come back and get this big shot of the briars before the day is over.
Shortly, the younger of the threesome stepped near a rabbit’s bed and the dogs were right there and opened up, barking every breath immediately. As that rabbit left the bed he ran a short circle coming back quickly; the boy missed a shot on him and then of all things, the old man missed two shots turning the rabbit up the hill and out of the swamp. The old man motioned for the boy to move up on the hillside and try to get a shot as the rabbit was a cottontail and might stay up on the hill. The boy barely got settled up the hill when the rabbit came slipping back down having doubled on his trail. The boy missed again as the dogs were trying to figure out the double and the rabbit went flying when he saw the boy raise his twenty gauge pump gun. In a few minutes the dogs ran out the double and chased the

cottontail further up the hill almost out of hearing and then they hushed. The boy went to see about them and found that the rabbit had climbed into a hollow so he decided to lead the dogs back to the swamp where we could maybe run another buck rabbit.
Back in the bottom, the place where they were was mostly open except for one pretty good sized briar clump so that’s where Reba headed. The old girl didn’t waste time looking for a rabbit out in the open; she knew from experience of four years that they would be hidden from the coyotes and bobcats in some thick spot. Reba went in on one side of the clump while Penny entered the other end. Nila was back out in the open woods because she only liked to go into the briars when she had a rabbit running in front of her and she was lazy about jumping her own rabbits to run, content to let Reba do the hunting. 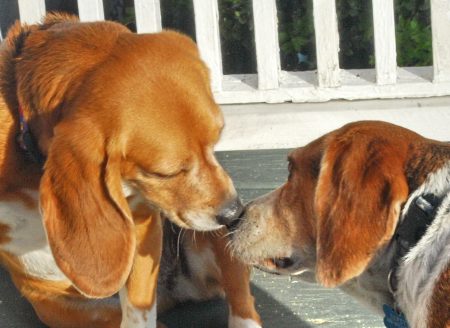