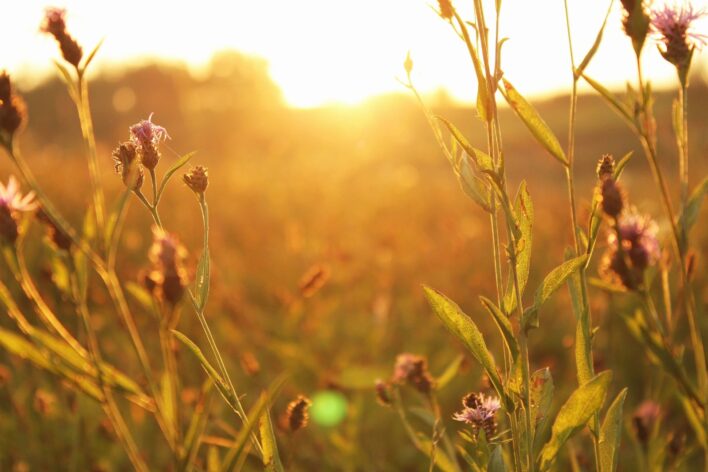 Southern Legitimacy Statement: I was born and raised in Vance, Alabama, once a no-name town, now home to the Mercedes plant where everyone at one time worked or longed to work. I attended the University of Alabama and now live in Tuscaloosa, Alabama. I’ve gone from living among the trees without a lick of internet or paved roads to living in the city, yet, it’s all still Alabama.

Our trailer was at the bottom of a rocky, red hill. We were surrounded by forest that formed a bowl our trailer rested in the center of, with its only exit being the manmade rock trail that snaked up the hillside. It was just wide enough for a single vehicle, which my parents shared as they worked their shifts at the car manufacturing plant nearby.

My mother taught me to build fairy houses. They were insignificant structures, fashioned from sticks, leaves, and the hard, red Alabama clay – sometimes mud if it was spring and the rainy season was upon us. She only taught me once, out in the forest behind our trailer, probably as a way to distract me, to keep me busy so she could argue with my father without me hearing.

I spent months building and rebuilding my fairy houses, like a desperate acolyte preparing for some grand religious ceremony. Unintentionally, I built all the fairy houses in a circle surrounding our property, like nodes for an invisible barrier. My child-hands dug through acorns, twigs, and leaves, clumsy and bruised from days of collecting. Even so, I picked up each individual twig and leaf, studying it carefully and mentally running through some criteria my child-mind had created to pick the most optimal building materials.

Every time I found something worthy of building my fairy houses, I would organize them in piles: sticks, leaves, acorns, and sweetgum balls (spiky balls, as I called them as a child). The clay and dirt didn’t get a pile, as the hillside I lived by was as good a pile as any. I would lean the sticks against each other, like mini tepees, to form the four columns that would hold up the roof. I would take piles of red clay and work it my hands until it softened and stained my hands orange, then coat each column, so it held firmly together.

The leaves got generous coatings of the same clay until they were indistinguishable from the rest of the structure. I set them on top of my tepee columns. Then came my favorite part: the decorating. The sweetgum balls always topped the columns and made perfect bushes around the front. The acorns became the fairies, and the clay became whatever particular piece of furniture I fancied that day. Some of my houses had four clay couches (I remember thinking I was really good at them), others had miniature clay stoves. I used the caps of acorns to make the eyes. My ugly, burnt orange mud huts would stand for a day or two before falling to the elements.

The day I stopped building fairy houses, it was misting outside, coating the entire hillside and forest with a thick fog. Being out in it, it felt like a sauna, though at the time I had never heard of such a thing. Hair stuck to my face and neck, my clothes clung to me like a second skin. My already built houses, though beginning to wilt, still stood, scattered around the yard in a semi-circle.

I started in the empty space between our packed dirt driveway and the edge of the treeline, taking my time to scoop up fistfuls of damp foliage and sifting through its contents. I had just started building the first, mushy clay-stick tepee when the front door of our trailer clattered against the plastic siding. My father, his unshaven face prickly like a sweetgum ball, was cussing seemingly at no one as he stomped down our porch to his green pickup. My mother soon followed, cussing at his back.

No matter what she said, my father didn’t stop. He climbed into his pickup and slammed the door. Mother grabbed onto the handle and yanked as hard as she could, but he must have already locked the door. As futile as it was, my mother switched tactics and slammed her bruised fists against the window, never once pausing for a breath as curses tumbled white-hot from her mouth. It burned my ears, and all I knew to do was press my tiny fists, red and black from the dirt and clay against my ears and listen to the twigs and leaves crunch against my face.

Even that couldn’t stop the sound of the pickup’s engine sputtering to life. My father stomped the gas, spinning the tires in the mud before peeling off up toward the hill. Mother’s knees hit the dirt, and now rooted to the earth, she could only weep. She had no more air for words. Father’s truck skid across the slick rocks, all the way up the hill, going as fast as he could without running off into the ditches on either side. It wasn’t long before he crested the top and disappeared from view.

In his path, three of my fairy houses had been crushed. Though the only sound was the sound of my mother’s wailing, it still felt too loud. My fists remained firmly planted to my ears. I didn’t finish building my fairy house. The mist soon turned to rain, and the red houses I once thought were magic melted away to nothing.