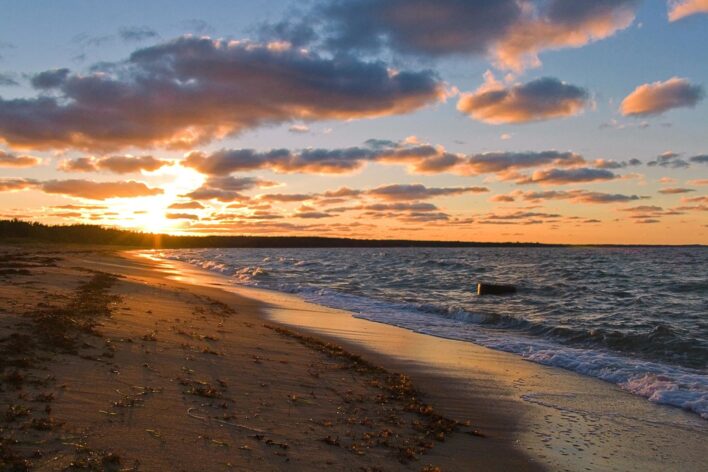 Southern Legitimacy Statement: I was born in Florida but travelled the Southern U.S. quite extensively as a child before my family settled down in Kentucky at age 11. I have deep family roots from the hills of Kentucky to the sugar sands of Florida and everywhere in between.

Early spring, 1990 something, central Florida. I awoke to the sound of sizzling bacon and the low hum of an old washing machine. I was eight years old. I stretched my long lanky arms out and swatted my stringy dirty blond hair from my eyes. I walked out into the hall. There piles of clothes each sorted according to whose they are, use, and color. Work clothes, play clothes, church clothes, and whites all arranged in line waiting to be marched to the machine. All will make their way out to the clothesline to dry in the Florida sun. There they will wave like mounted American flags in the wind and gather the sweet smell of the oranges that hang in the air today. It is Saturday, and Saturdays here mean the Tropicana factory is squeezing oranges by the tractor trailer loads downtown. The smell fills the air for miles even reaching us here sandwiched between the outskirts of town and the swamp of the Withlacoochee river. The fog of bacon grease hangs in the air just above my head. I climb into my chair at the dining room table and I am met with a beaming smile and good morning by the woman I know will be there every morning. My Mamaw.  Mamaw has lived with my parents, her daughter and son-in-law, since before my birth. She is up before the sun and sees my parents off to work. The long ride into the company they own in Tampa demands early morning commutes. I eat my extra crispy bacon as fast as I am given it.  I pick at my egg white (she is the only one who remembers I hate the yolk but sometimes will indulge in the whites) taking a few bites to appease my Mamaw and drinking all my orange juice. (Local of course. Not imitations from some far-off land). Some days she tells me again about how my Papaw worked in the factory making the orange juice. Often times her eyes water with grief as she still misses him. But today no stories. Just silence. Then finally finding myself fully awake I bounce from my chair down the hall to the living room to catch the last hour of cartoons for the day before soap opera reruns from the week before take over. After Mamaw is finished hand washing the morning dishes she joins me. She sits and reads her Bible in her rocking chair, occasionally making small talk with me. She is a woman of few words. I learned caring for someone can often be as simple as sitting in the same room as them and enjoying their company. Even with all the work she does her hands are soft and kind. Before lunch I tag along to the clothesline and hand Mamaw clothes as she hangs them to help, “Save her back from all the bending.” She says. Even in my young mind I know this is an imagery I will forever cherish. Afterwards I get to play in the yard. My favorite part of any day. I play with the only friends I trust. My Australian Shepherd dog named Girl, my Pygmy goat named Lucky, and my pot belly pig named, Charlotte.  And by play, I mean I sit and quietly talk with them. I lay in the warm sun and I daydream. It was by far my most favorite thing in all the world. By mid-afternoon Mamaw joined me in the yard, we went to the garden where we picked vegetables we have been growing. I pulled beans and tomatoes from the vines. The beans I would help break and wash, half would be canned later tonight, half will be placed in a pillowcase and frozen in the freezer to be used for dinner over the next week or so. Before dinner if we have time Mamaw and I will take a walk. We will walk beside the road barefoot through the sugar sand down the sparsely populated country road.  If I am lucky Mamaw will feel good enough to go all the way down to Danny’s, my Ex-uncles’ house. Danny is the Chief of the Fire Department and runs the local wrestling ring. The reason I like going by Danny’s has nothing to do with this however and everything to do with the fact he owns three brown bears and several spider monkeys. I adore the monkeys and take them fruits and vegetables to hand feed them. I toss apples to through the double fence to the bears. Later that afternoon I will help Mamaw cook dinner. Fried pork chops and salad, with green beans and cornbread. Mamaw will bake me a plain pork chop in the oven as I dislike breaded fried foods for the most part. We will eat together and put the leftovers in the oven for my parents to help themselves to when they arrive later tonight. Sometimes as late as ten. Mamaw will tuck me into bed. The next day will be much the same. Most days were like this and there were many days after. Many other stories to share. Good and bad. I can’t put my finger on one point or another as to the exact moment my Mamaw shaped my life so greatly. Maybe it’s not the things she did or said. Maybe it was just the time she invested. Maybe it was countless little moments that really molded me. Maybe it is just those silent moments when we share a glass of orange juice and then take a walk in the sugar sand to and from other magical places.