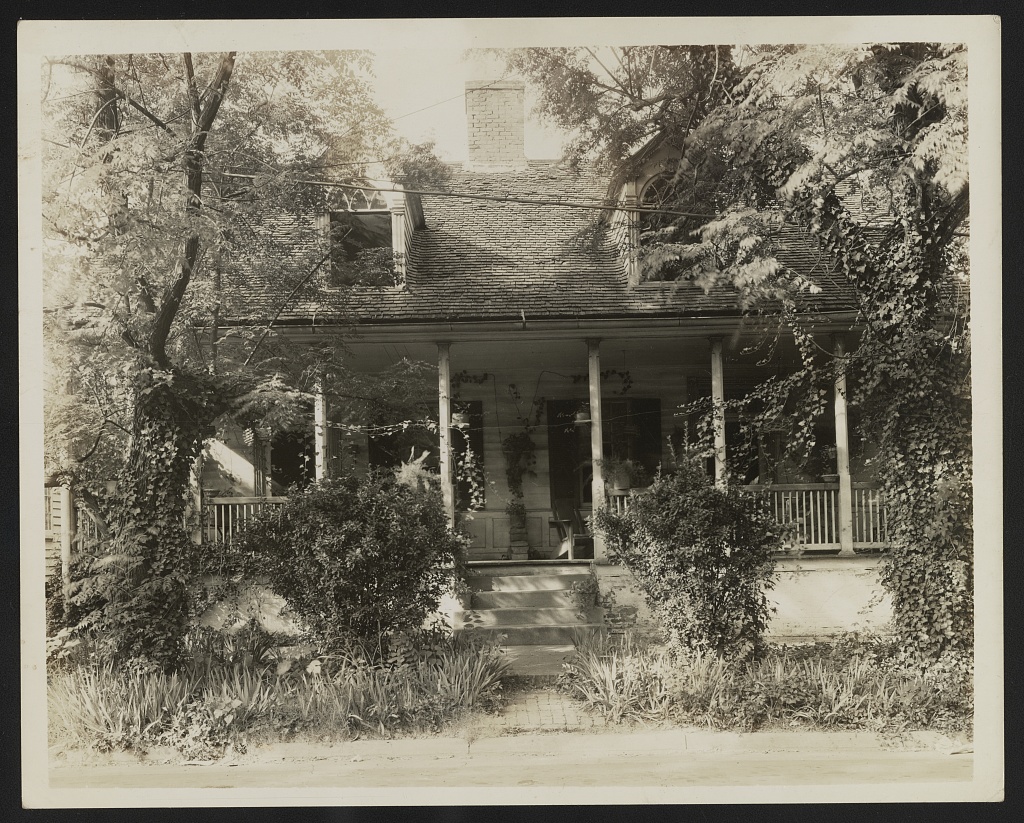 Southern Legitimacy Statement: My poetry focuses on my small hometown in Central Florida, celebrating the natural, beautiful, strangeness of the people and place that shaped me; the portion of the state that often goes unnoticed.

I. Crystal Says She’s Not in Denial

I’m never going to tell you, but you’ve gotta
know you’re not the man I married anymore.
You used to be a real man, took care of us,
mowed the yard, mixed the gin, and killed
the snakes that found their way into the garage.
But now you can’t do a thing on your own,
just sit there and bark louder than our beagle
when he’s hungry. I do everything short of changing
you from your sweatpants to jeans and that can’t
be far off based on what the doctor said, but
he’s wrong. I keep putting neon pink and green
sticky notes around the house, making it look
like our yard used to between Easter service
and dinner when the kids would have their egg
hunts. I thought you’d feel them as you reach
for the fan switch and refrigerator door, but they’re
really not doing much good, you just shuffle around,
clicking and scraping that white and red cane
the doctors gave you, scuffing the hardwood floors.
At least you ain’t dying right now, the tumor
just made you blind and depressed, you’re fine
and no matter what your mother says. I’m not
in denial. I put a braille pad on the microwave
for you, an awful, eye burning Oklahoma orange,
but you just ignore it and click around, complaining
about the pepper on the pot roast and the toaster moving
around the counter. I’m going to take you to Miami
where I heard they do eye replacements on the blind.
That should shut you up, unless they change your eye
color from AstroTurf green to leather brown. I love you,
but I can’t call you baby when you act like one.

I was on the road from the hospital to the house,
talking to your sister on the phone when the call
waiting beeped. I let it go to voicemail. I was asking
her to bring over sweet tea and creamed corn. Our son
had already called her and the rest of your old Rolodex
you kept on the desk I bought you for our first wedding
anniversary to say the tumor had turned and won, you
weren’t gonna last through dinner. A dozen people were
already on their way to the house, they’d been waiting
for this call since the tumor made you blind. We were
hoping you wouldn’t hang on so long you lost yourself.
We hoped that wouldn’t make us bad people. I hung up
with her, checked the voicemail. It was your doctor.
You were rattling. You’d signed a DNR. I exited I-4
onto McIntosh Road, planning to turn around and speed
back to the hospital to hold your hand until it went cold,
but I caught myself at the gas station with the plywood
windows. You knew this was coming, you pushed me
away already and I had too much to do. Too many people
at the house and I didn’t trust our son to handle it on his own.
He means well, tries hard, but, bless his heart, he’s just like you.
I’m sorry I missed your death, I had to get ready for your funeral.

I was ready for you to die, but not for you
to be dead. The first time we thought you were
a goner was just a test since the doctor said
it was probably benign, I mean, until it wasn’t.
We made it to the five-year mark before you
went blind, but then I didn’t know you were dying
just yet, only figured you were mopey about your
eyes, even though you told me to buy you a plot
next to your Papaw. When you went to the hospital
the last time, we knew, but didn’t believe it would be
that time, I went to set up your funeral and missed
the breath leak out of you. But it was a relief deep down,
you’d been miserable and ready to go, and I was ready
to see you quiet, ready by the time they buried you,
but not ready to have a dead husband. I wasn’t ready
for the I’m sorry for your losses, the I understands,
or the worst, the this too shall passes. I got sick
of casseroles and store-bought pound cakes left over
from church coffee hours where people would offer
to pray over me even though I only went to keep
them from worrying, faith hadn’t been too helpful.
I had to stop it, go back to normal, back in time.
I dyed my hair platinum blonde, like I wish I had it
when we first met instead of a standard flat brown.
I got it feathered, textured, made it tall enough so you
could use it as a step ladder on your way down from
Heaven whenever you’re ready to pick me up for our date.
I built a time machine with a perm, curlers, hairspray, gel,
mousse. I got a tan and permanent makeup the same way
I looked on our first date, bright red lips and mascara
so thick my lashes sometimes get stuck when I blink
dampness out of my eyes. I watch the world after laser
eye surgery, and it all looks like it did when you were
my sweetheart, before you were my husband, before I was
your widow. I’ll get a mullet, tattoo, double bourbons
on the rocks in the middle of the day, anything to go back
to before your first headache, first time your eyesight
failed, first time the doctor’s called out code blue.