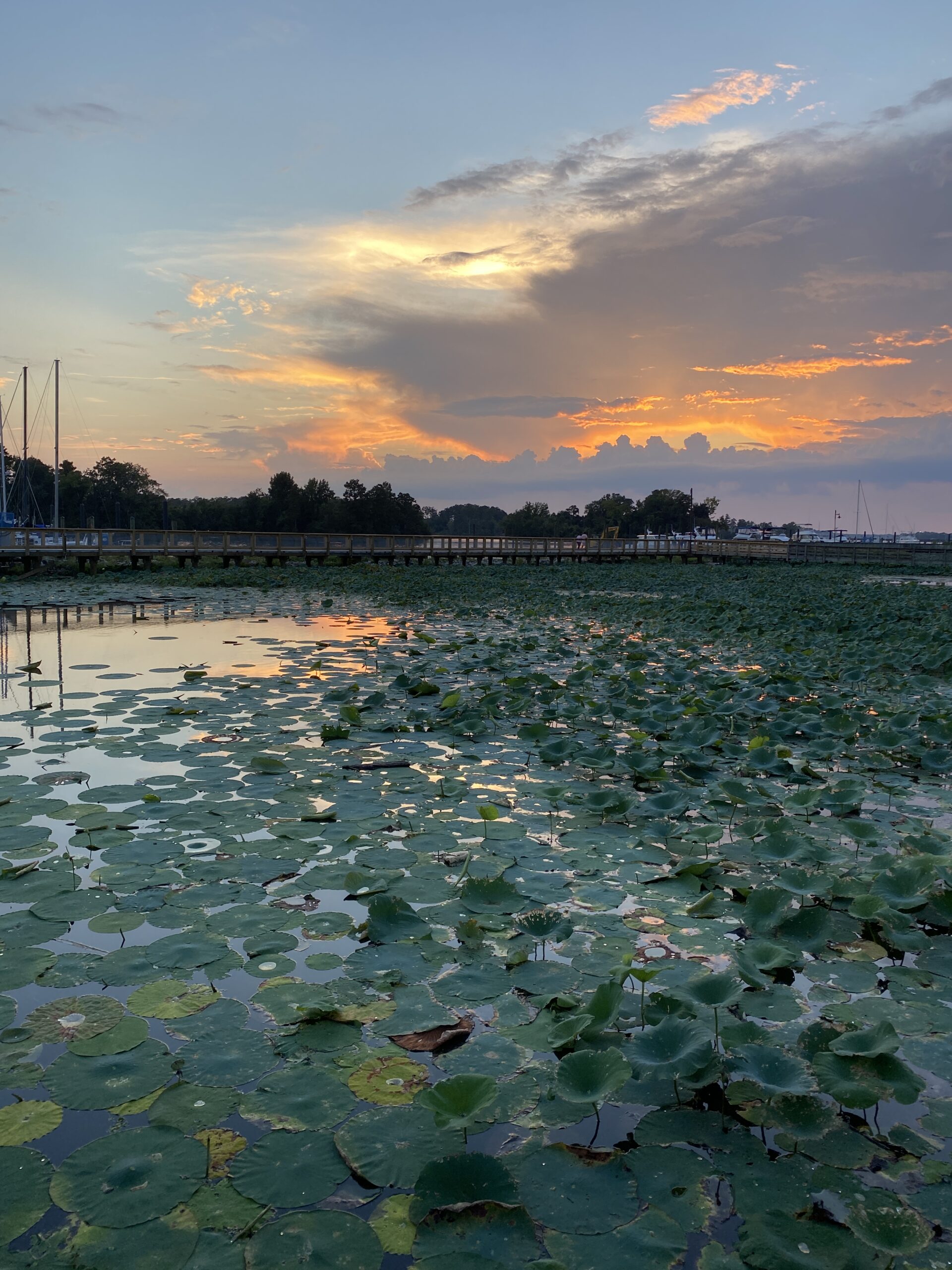 Southern Legitimacy Statement: I grew up in the Ohio River Valley, more specifically Southern Indiana, the South of the Midwest. My town bordered Kentucky so we argued about Hoosier and Bluegrass basketball while eating brain sandwiches, a regional deep-fried treat. We also ate vegetarian meals such as corn on the cob and potatoes fried in bacon grease. Bacon grease and butter don’t count when determining whether a meal is vegetarian. “If all I see are vegetables, it’s vegetarian.”

Two Chairs and a Table

Mom started cleaning at four a.m. She rose especially early that Saturday in August. Our house always glistened, but it needed a bit more polish for the visitors, more accurately the bidders, coming to take a look at everything we owned. These were people that we didn’t know, who were likely to judge us as they viewed and attempted to determine the worth of our spoils. While Mom vacuumed the burnt orange living room carpet and wiped down the already spotless, shiny paneled walls, I hid things. I hid them in pockets of jackets that the bidders wouldn’t touch. I hid them in the backseat of the blue ’74 Chevy Malibu with the cracked engine block that meant it was hard and sometimes impossible to start. I hid things because at age seventeen, I knew enough to hide things.

Dad drove Mom to Rick-A-Jay Cleaners at six forty-five a.m. Mom started working at Rick-A-Jay after Grandma Mil and Grandpa George closed Rainbow Cleaners and retired in 1980. Scheduled to work until noon, Mom planned to return and finish preparing for the bidders. I had hidden all things that needed to be hidden. Earlier in the week, I gave James or maybe Tim, I can’t remember, my Richard Pryor albums. After taking Mom to work, Dad returned home with a box of donuts, including cinnamon twists, my favorite. He took inventory of things he thought might bring a few dollars by writing them down on a yellow notepad, things like Mom’s antique dented, patinated, copper tea kettle, which adorned the antique library table that someone, I don’t know who, had given Mom and Dad. Dad’s optimistic list indicated we could have a really good day, multiple thousands of dollars perhaps. One item on his list caught my eye, “Wooden lawn chairs and table – $100.”

I built those chairs and that table out of scrap framing two-by-fours, furring strips and faded plywood. Over two steamy summer days when I was twelve, I measured, sawed and hammered, measured, sawed and hammered. I painted them white with leftover paint and a crusted brush Dad had failed to clean. I labored over those two chairs and a table but knew for certain they weren’t worth anywhere near $100.

“Hi hon,” Mom said walking in the door. “Is everything ready?”

Dad handed Mom the yellow notepad. She glanced at it and flipped a few pages.

“We’re losing the house, how is that okay?” she asked handing it back.

“Do we really have to do this?” I asked.

Dad opened the fridge and grabbed a beer. He didn’t mention why he was sorry. Was he sorry we were losing the house or all of the decisions that led to us losing the house? I wondered.

A loud knock reverberated through the house. Dad walked into the living room, with the burnt orange carpet, and opened the door. A man in a suit stood on the porch. He was taller than Dad and close to his age, but the man didn’t have a full head of hair like Dad. He walked in and immediately started to look around. He had a notepad, too, only his pages were white.

The man explained that everything for sale needed to be on his notepad and we should indicate a minimum starting bid.

“What if we don’t get the minimum?” Dad asked.

The man explained there are usually buyers who will take the miscellaneous items that don’t sell. They buy them for a lump sum amount. He said not to worry, most things sell, although it might be at a price lower than we want. He also explained that as the auctioneer, he gets a percentage so he was incented to get the highest possible price.

Dad and the auctioneer sat at the kitchen table and wrote down all of the items that we wanted to auction. I noticed the auctioneer’s white pad were actually pre-printed forms used especially for auctions. He seemed to know what he was doing.

Potential bidders started showing up at one-thirty p.m. Mom’s hands shook as she paced around with a dust rag and towel. Cars lined the curb as curious neighbors milled about and chatted with the bidders. They mostly whispered and faintly pointed at us standing in the driveway while trying to avoid eye contact. Soon the small yard resembled a ranch’s pen, the herd ready to stampede our one-story home.

I waited for the auctioneer to begin. I looked forward to hearing him talk fast and drive prices up liked I’d seen on TV. Perhaps I could learn something by watching someone who wasn’t too shy to speak in public. I stood in the driveway as nothing of that sort happened. He didn’t talk fast, he didn’t drive up prices, he simply told people to walk through the house as he handed them copies of the list. They spent what seemed like an eternity inside the house. When they emerged again, most of the energy had evaporated.

“This one’s a dud,” I heard someone say.

Some people stayed and listened as the auctioneer went down the list. A few people asked if they could see certain things again, which was okay by the auctioneer so some ventured back into the house. A few items, including the library table, sold quickly and for a decent price.

After the table, a decorative wood burning stove and a few other items such as sconces, iron trivets and iron ice tongs sold before the herd continued to thin. Silence from the remaining few prompted the auctioneer to stop and walk over to Mom and Dad. They whispered. Mom and Dad looked at each other and shook their heads.

“For all remaining items, the minimum bid will be one dollar,” the auctioneer told the bidders.

Like a storm approaching a cornfield, a buzz returned. Items moved quickly with most going for the minimum.

“The antique copper kettle. Do I have a bid for this beautiful decorative piece?”

Mom’s head drooped as she turned and walked toward the backyard.

Buyers grinned and whispered about their buys. Cheer and gloom became neighbors in the same yard.

“We have a few more items on the list,” the auctioneer said to fewer and fewer people.

“The ones in the backyard?” someone asked.

The questioner smirked. “Those homemade things. No bid here.”

A few other buyers chuckled.

After everyone left, Dad, his shirt hanging on him like a limp rag, and the auctioneer went in the house, sat at the kitchen table and tabulated the results. He handed Dad several pages and instructed him to look at the last page.

After the auctioneer left, I went into the house and retrieved football and basketball cards from jacket pockets. I retrieved the Edgar Allan Poe books given to me by Mrs. Hansing from above the ceiling panels in my bedroom. I took Pudd’nhead Wilson, the one Grandma Mil and Grandpa George gave me for Christmas, and the one that had one-hundred-forty-two dollars hidden in its pages, from beneath my mattress. Finally, I went outside to the Chevy Malibu and reached under the seat for the WWII-era, German camera that Great-uncle Bud gave me a week before he died of leukemia.

On Sunday, we started to load into a U-Haul what hadn’t been sold. I walked into the backyard and moved a pot of marigolds off the white table before picking it up and carrying it on top of my head. Mom and Dad walked through the house while I went through the shed and backyard looking for anything we might have forgotten. Mom and Dad were standing in the gravel driveway as I came around the corner. Mom grinned when she saw me carrying the pot of marigolds.

“What about the chairs?” I asked Dad. “Are we taking those?”

As Dad and I carried one of the homemade, wooden lawn chairs up the ramp and into the truck, he grunted. “Damn these are heavy,” he said. “They’ll probably last forever.”