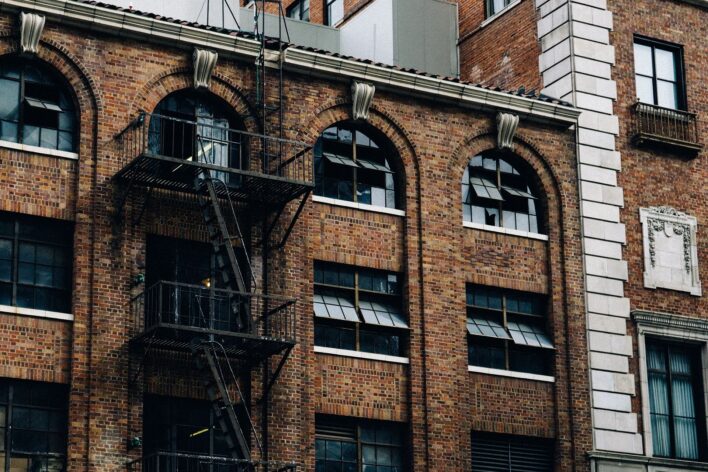 Southern Legitimacy Statement: I was born about as far south as you can go without being in the Caribbean, and still people in Georgia tell me “Florida ain’t the south.” They said that crap when I lived in Texas too. Well, if fishing in a Louisiana bayou from a Jon boat, swimming in a crick in Georgia and eating the crawdads you catch (yeah, I said crawdads), picking watermelon outside Mt. Olive, Mississippi, or hiking on the Appalachian Trail – in December – isn’t on your list of things you did as a kid, then please don’t tell me what’s Southern.

As a boy, I longed to speak like the other boys I met when we moved to Georgia.

My parents divorced when I was 4, and my earliest memories are blissful and dreamlike days and nights on my grandparent’s farm in Iowa, early dawn hours of sweet air laced with dew, drifting in with the birdsong through the open window by the bed I shared with my uncle. He was eight, and my moon and stars. I was parked there for a year while my mother went out of state to work and figure out how to make a new life as a single mother.

She married a man in Texas, and his job took us from Houston to New Orleans, then landed us in Georgia, just outside Atlanta.

We got to Georgia as I was starting third grade. A teacher decided there was something wrong with the way I talked, so they set me up with a speech therapist. I don’t know what they set out to fix, but I could take a guess.

All I know is I wanted to sound like all the other kids.

The boys in Georgia would say things like “ain’t” or “dang-it” or “fixin-to” or “crik” and I soaked it up like the earth soaks up the sun.

My mother had no intention of raising what she called “a redneck kid.”

“You won’t go anywhere in life if you don’t speak proper English,” she would say. I never dared ask her what that said about her new husband, the man I called “dad,” and his Texas drawl.

I secretly cataloged the Southern-isms I heard and by high-school I could pass as a native, at least among those who didn’t know the truth.

It felt good, those times I was anonymous, and could drop into the drawl and twang at will and be accepted like any other kid.

It had other uses too, like the time a cop pulled me over for speeding. “Awright young man, I’m gonna write you a warnin’ this time, but I ketch you drivin’ hell-bent for leather agin an’ I’m writing’ ya for real, ya unnerstan’?”

I could start a new job and slip into a conversation with the other employees without anyone asking me “Where you from boy?”

Living this dual-dialect life also came in handy as training for how to deal with bigger problems.

Like being gay at a time and in a place where such a thing could get a person killed, without much consequence.

I perfected the act, until one night in Texas, senior year in college, when the lie was ripped away and the truth spilled out like the bloody entrails of a butchered animal.

I had to face a new reality. I had to deal with it. I had to survive those walks across campus where it seemed everyone found joy in shouting out words like “faggot” and “cocksucker” and “queer,” perverting the beauty of their colloquial speech. It was a small school in a small town and everyone was in on the game.

Then one Friday night, I had to fight it.

A fraternity brother, Greg, came to my apartment half drunk and full of rage. He pounded on my door, screaming those words I heard every day. I could hear some of the other guys at the bottom of the stairs. “Damn, boy, give it a rest” or  “you’re gonna have the cops here, let’s git outta here” and  “what the hell’s wrong with you, man, the girls are waitin’ fir us.”

I’d had enough. I was cornered, there was no other door. I couldn’t run if I wanted to, but I didn’t want to, not this time, not ever again.

I opened the door, and he rushed in. He must have thought being gay made me smaller or weaker. It made me scared, yes, but that night, scared made me dangerous.

He came at me, eyes bloodshot from chugging cheap beer. Greg always drank before he drank. I fell back to buy some space, then grabbed his shirt and swung him around, intent on shoving him back out the front door, ready to throw punches.

He was heavier than I expected. Instead of flinging him back the way he came, I sent him through the bank of windows set low in the wall next to the door.

He crashed through and landed on the porch. I heard a familiar voice shout “Holy shit!”

I stepped onto the front porch, looked down to the parking lot, glaring at the three below me. All of them dropped their “shit eatin’ grins” in a hurry.

I looked back at my former friend, trying to extract himself from a glittering field of shattered glass, blood already flowing down his face in black-red rivers.

My first impulse was to tell him I was sorry, to rush inside and grab a towel to staunch the bleeding, find some way to roll back the clock, try somehow to make things right.

When he looked up at me I could see the force of his hatred rising, the pale blotches of his face  turning red, framed by ribbons of blood.

“You fuckin’ faggot!” he screamed, and started to rise.

His scream purged that place in me that housed my empathy.

I was six foot two, and two hundred pounds of well honed muscle, with adrenalin and sobriety on my side.

I grabbed him by his shirt again, pulled him the rest of the way to his feet, and flung him down the stairs.

I hadn’t noticed the two guys rushing up, almost at my landing, until I released Greg to the open air. The ascending and descending forces collided, neutralizing one other. They fell back, none the worse for wear.

It could have ended there. They tried to pull Greg away, to end the mayhem. The neighbors would put up with a lot, especially when it came to me, but screams and shattering glass crossed the line.

Greg shook them off, shoved them away, then turned to look up at me. Before he could speak, I started down the stairs.

All my life, even before that night and ever since, I have experienced profound states of calm in the most dire of circumstances. A car accident, a boat sinking beneath me, a gun pointed at my face. Such situations, when most panic, bring me to an intense mental focus and physical calm. Some special cells in my brain take over and say “You got this, let’s go.”

When this has happened, people have said I looked different, like another person, like no one they’ve ever seen before, someone that frightened them. Only years later did I learn it had a name – dissociation.

In the case of Greg, my first two steps toward him brought him to a halt and silenced his voice.

He step backwards and slipped on his own blood. He stumbled down to the shared landing between the two second floor apartments, and fell to his knees, leaving another puddle of himself on the concrete surface.

He couldn’t get to his feet, instead grabbing the next step below him and dragging himself lower. The two who had abandoned him on the staircase came back. They grabbed him by the armpits and dragged him the rest of the way to the parking lot.

I maintained my deliberate pace.

The four of them backed away, all now speechless, until finally the one who I knew wanted least of all to be there said “awright, dammit, awright, it’s a ‘nuff already.”

Then I stopped. His voice grabbed my attention, then his eyes held it.

I looked into those same beautiful eyes I’d awakened to so many mornings, mere months since the last time. I had to look away from him, to hold back my tears.

I scanned their faces, took note of Greg’s fear, then returned to those piercing blue eyes that crushed my soul. I didn’t feel like crying after all.

“Forget I exist,” I said, forcing as much disgust into my voice as my throat could carry, “I’ve already forgotten you.”

I turned away and headed back up the stairs as the wailing sirens grew closer. I climbed up to my porch and sat on the edge, my legs draped over the top steps.

I watched the life I’d known drive away, taillights rushing into the darkness, until the space around me filled with flashing blues and reds, sounds of brakes screeching to a sudden halt.

Four cars, eight officers in all. I guess someone convinced them it was necessary, or maybe they were just bored cops working in a small town.

They held a little confab below me, then one of them made his way up the steps, scanning with his flashlight, trying not to step in any evidence.

I knew him and he knew me. I’d done a month of nightly ride-alongs with him as part of my criminal justice curriculum.

“I might ask you the same question,” he said, “you wanna tell me what happened?”

“Any of this blood belong to you?”

“You wanna file a report?”

He was standing with his eyes level to mine, just a few feet away. I looked down at the gaggle of officers in the parking lot, all of them with a hand on a hip.

“No,” I said. My voice was calm, my heart beat slow and steady, I felt lighter than I had in years.

“This gonna be a regular thing, ya think?”

With a look down and a nod of his head, everyone but his partner returned to their cars and drove away, lights blinking out as they went.

When they were gone, he leaned in and stared into my eyes. I returned his stare.

“Buddy,” he said, knowing I liked it when he called me that, “you know we can’t protect you. There’s just not…”

He pulled back and his voice rose an octave when he asked “How so?”

“The truth used to be my enemy. Now it’s the lie. You’re part of the lie.”

He raised his palms up, “Whatdya want me to do?”

We looked at each other until he shook his head and let out a sharp exhale that sounded like defeat.

“You sure you wanna stick it out here?”

“I’ve got three months, then I’m done, nobody’s taking that from me.”

“Here, there, what’s the difference?”

I looked over my shoulder at my ruined window, then down the stairs at the blood already drying on the steps.

“You think this is gonna be the last of it?”

After that night, some still shouted their hate when I walked across campus, while a few made attempts at eye contact, flashing fervent smiles filled with sadness. None of it mattered.

I was alone, an outcast in a world filled with lies.

But I wasn’t afraid anymore.