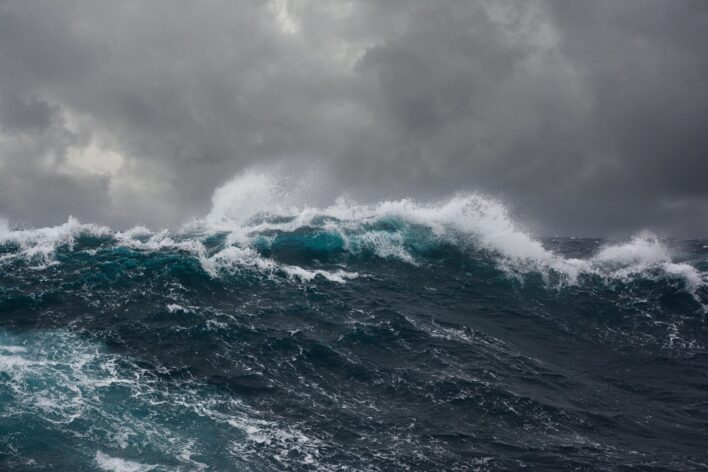 Southern Legitimacy Statement: Though I was born in upstate New York and grew up in Michigan, my Southern leanings began to emerge when I studied Faulkner, blues, and jazz in college. I’ve now lived for almost twenty years in the South and have earned regional citizenship by virtue of loving and marrying a Southern woman. Of course, they don’t give out green cards to us northern expats. Somewhere I do have a card for a free fried apple pie from the very best barbecue place in Alabama. Will that suffice?

“We shouldn’t be here,” Paul said.

“Will you stop?” Kevin said. Pointing at the Gulf of Mexico, he said, “This is still the best beach in the world. And it’s all ours.” They’d been driving for six hours, the GPS leading them south through Columbus, under the big trees in downtown Eufaula, around Dothan on the bypass, and finally into the Panhandle. Now they stood at the top of a dune wearing sandals, shorts, and their best Hawaiian shirts, while all around the tall grass and sea oats swayed in the late-afternoon breeze.

“I don’t know,” Paul said, frowning and folding his lanky arms. “Of all nights, I’d really hate to spend this one in a redneck police station.”

Kevin rolled his eyes. “Look, we’re not breaking the emergency order.” Paul stared at him in disbelief. “Are you serious?” The air was warm, the waves mild, and the water the gorgeous blue they remembered, yet no one was swimming or wading as far as the eye could see. The sugar-white sand, which should have been packed with sun-seekers, lay deserted, untouched.

“Did you see how that woman at the gas station looked at us?” Paul shot back. The tattooed, spiky-blonde cashier rang up their sodas without a word and didn’t stop glaring until they were gone. “I’m sure it was the Georgia tag.”

“No, man. She doesn’t hate us because we’re from out of state. She hates us because I’m black and you’re white and she probably figured out we’re gay.” Kevin pointed at the green flag that signaled safe swimming conditions even though no one was there. “We’re cool. They gave us the green.”

Paul’s look made it clear he didn’t like the joke. “I still don’t understand why you insisted on doing this now,” he said. He stepped away from Kevin, arms still folded tight. “We could’ve had a big party later when it was safe. That’s how it’s supposed to be.”

Kevin gritted his teeth, worn out from the road and tired of Paul’s stubbornness, yet knowing the crisis was his own fault. Everything would be fine if only he’d pulled out the letter—the one that was burning a hole in his back pocket—before they left Atlanta, instead of waiting for the big moment on the beach. He slipped an arm around Paul’s shoulders, hoping the day wouldn’t end in a serious fight. “A lot of things were supposed to be,” he said quietly. “But here’s what is. I don’t care about the party. And as far as later”—he stopped, it still wasn’t time— “I had one of my hunches.”

Paul managed a half-grin. “Like the one about the Super Bowl that cost you fifty bucks?”

“No, this was strong. Like a premonition. Seriously.” Kevin stepped in front of Paul and looked straight at him. “We’re here. We came all this way. Come on, let’s do this again.”

Paul hesitated. Kevin silently cursed himself. Then Paul relaxed his arms and the half-smile widened into his usual big grin. “Oh, o-kay,” he said in mock exasperation.

Not another soul was in sight as they started down the walkway: no children romping in the surf, no visitors coming to enjoy what promised to be a glorious sunset. “I never thought I’d see the day when Florida didn’t want tourists,” Paul said, shaking his head. “Look at this. It’s completely empty.”

“Not like last time, is it?” Kevin said, chuckling. “Remember how folks kept wandering through our space after we started the ceremony? And that drunk Alabama girl hanging around ‘cause she thought you were cute?” He stroked the back of Paul’s neck. “She was right.”

When they’d almost reached the waterline, Paul said. “I think this is the spot. Remember, we had to move back because the tide was coming in.”

“No way. Look, I retyped it.” Kevin squinted at the page in Paul’s hand, then put on his reading glasses. “You didn’t need those last time,” Paul said as he straightened his collar and quickly combed his hair. “But you’re still pretty cute yourself.”

“Absolutely.” They turned to face each other, then began in unison: “Dearly beloved, we are gathered here today to join together in marriage — and as Prince said, to get through this thing called life.”

By the time they reached the end of their ten-year-old vows, the sun had dropped almost to the horizon. The beach remained vacant, the silence broken only by the waves and the call of a lone gull. “I take you again to be my husband, to have and to hold from this day forward,” they said. “For better, for worse, for richer, for poorer. In sickness and in health.” Kevin squeezed Paul’s hand tighter. “To love and to cherish, till death us do part.”

They kissed for a long time, watched the sun slip beneath the sea, and embraced again after the green flash. “Now can we get out of here?” Paul murmured. “And by the way, what was this big premonition of yours?”

Finally. “I thought you’d never ask,” Kevin said. “It was, we better do this while we can. We might be busy being daddies pretty soon.”

“I don’t know what to think about that anymore,” Paul said softly, shaking his head. “I hope you’re right.”

“No need to hope.” Kevin handed Paul the folded envelope. “I found this in the mailbox on the way out.”

Paul’s hands trembled as he read. “She chose us,” he said, almost in a whisper. “We’re adopting her baby. Our baby.” He looked up at Kevin. “This might be the worst possible time. But it might be the best time.”

“I feel different already, just knowing,” Kevin said, gazing back at the sea. “Everything looks different, too.”

“Like something put us together for a reason,” Paul said, his voice nearly breaking. “And maybe this world isn’t so terrible after all.”