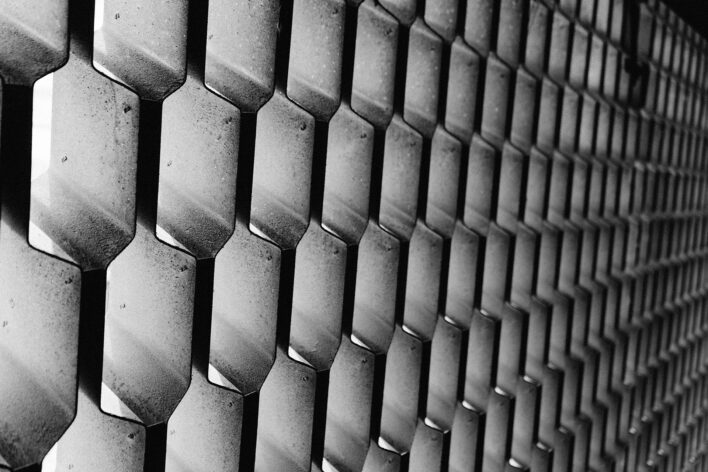 Southern Legitimacy Statement — I was born, and have lived, and have not left for more than 25 days, an area bound to the east by I-65 in Birmingham and to the west by Lurleen B. Wallace Blvd in Tuscaloosa, and bounded no more than ten miles to the north and south of a line connecting the two locations.

What we gonna do

I remember it all, as clear as black and white.

I remember my dad’s homemade darkroom,
Filled with chemicals and pans and black and white prints hanging on lines drip, drip, drip drying in a mystical red light.
Pictures of me and him and my brothers hanging on the lines in pictures from the zoo and the fair
and at Mildred’s house Pintala, which is no more.

I remember the long, winding driveway up to Mildred’s house sitting on a hill surrounded by cows and the chickens in the back,
Mildred telling Buster not to chase the chickens.
And not really understanding who Mildred was and why we had to make that drive to Pintala,
and why they loved us,
it seemed.

I remember third grade, and how Mrs. Freeman would disappear every Tuesday replaced by Mrs. Washington,
who didn’t know hawt to do with us.
Mrs. Washington who was as black as Della Faye but different in every other way possible.
Bill Sullivan was mean to her.
Our principal whose name I don’t remember would come down to our room every hour on the hour on Tuesdays checking on her and Billy Jack and Alfred who came to our school on Tuesdays from Mrs. Washington’s school.

I remember a few mothers in the school office, talking loudly to the principal I don’t remember,
Billy Jack being good at kick ball.
Alfred being sad, all the time it seemed.
Being disappointed that I didn’t get to ride the bus to school, even though I only lived a couple blocks away.
And how billy Sullivan and Laura Holliman and so many others just quit coming to school after Christmas.

I remember running down Alice Street that was too steep to run down and falling in the rain gutter and cutting my elbows.
Saying that I did NOT NOT NOT wan to go to a different school,
Riding past an old church building down on 4th Avenue and hearing it called the Academy,
seeing Bill Sullivan getting out of his mother’s car one morning there.

I remember everything changing in the fifth grade.

The first day of fifth grade there were five moms carrying signs out front of James A. Davis Middle School
Mr. Tolton C. Rosser staring out at them through the front door as they were shouting at him.
Mr. Rosser telling me to get on now to homeroom.
Mr. Rosser taking absolutely zero shit,
always wearing a tie and glaringly white short sleeve shirt against his coal black arms.
And Mrs. Hardaway, who thought I could sing, and Scottie Davis, who could sing.

I remember Mrs. Hardaway talking me into being Lincoln,
standing in a stovepipe hat at the front of a stage with a light so bright
shining into my eyes that I couldn’t see anything as I said four score and seven years ago,
and then listening to Scottie Davis sing about the impossible dream.

I have never forgotten that light, still.

I remember running the time clock for the basketball games because Mr. Rosser though I was responsible.
and then cheating Hard Elementary out of two seconds they REALLY needed at the end of a game
and Mitch Edwards and Eric Baylor, who I didn’t know at the time, acting like they were going to kill me.
But then somewhat getting over that by high school,
and me getting over it.
For the most part.

I remember sitting in the hallway between the locker room and the gym,
hands clasped together over my head, knees tucked in close, practicing waiting
for the end of the world.

I remember meeting Fred when I started high school.
Fred who would be dead in 20 years because of something with his heart.
Fred and I made it convenient for Mr. Peterson the principal to split things up black and white,
because we were interchangeable in many ways.

I passed Fred’s grave while walking to Darryl’s grade when walking to David’s funeral
Where they showed a black and white photo of the baseball team,
our hair flying,
hands tucked deep
in our pockets as we shivered in December
because that’s when the yearbook needed the photo to be taken,
all of us smiling at the camera, thinking we were just taking a picture for the yearbooks
just something for the girls
to sign.

I remember the girls.
Betty, who lived across the street from Mike Bullock,
but who didn’t graduate and never got a yearbook,
and Lori, who thought she did a good job in pretending to be interested

and the last quart of rum I ever drank
at Lori’s house.

And Joni and Terri and a couple of others
who never spoke to me again after I agreed with Fred
that it was a good idea to have s school prom for everyone,
not just a white prom,
and a black prom,
and how they didn’t want Fred and L’Ardenia and Gary to come to their prom.

I remember the day that City Hall got bombed.
And me and David and Darryl and Bill
skipping third period to go downtown
to see what had happened.

I remember everyone knew who did it.

Mom knew both the bomber
and the bombees, and
had nice things to say about them both.

I remember driving in the middle of the night through Mississippi
on the way to south Bend in a rundown university bus full of our college newspaper staff and six cases of beer.
Stopping for gas at 2:18 in the morning at the only gas station
between This Little Town, Mississippi,
and all twelve of us rolling out of the van.

And old white man sitting in a rocking chair
outside the gas station at 2:18 in the morning with
an old scrap of a dog sleeping next to him.

I remember thinking what the hell.

The old man eyed Walter,
who was black and large and the features editor,
as he got off the bus and then the old man
said something to Barry the managing editor who was pumping gas,
and Barry stopping pumping gas and
half-yelling at us all to get back in the van RIGHT NOW
and Walter and me and everyone scrambling to get back into the van.

What we gonna do NOW rolling in the dark all, all, all the way to Memphis.

I remember singing
O be thou vision
in the church choir,

And hearing a car pull up outside,
on the gravel in the church parking lot
as we were singing the first hymn.

Seeing the glimpse of a hat and a dress as the front door of the sanctuary opened
and the black lady with the small black child
in a glaringly white short sleeve shirt
and crimson bow tie came in
looking for a seat.

I remember Jeanine trying to restrain her husband
as he put down his hymnal and raised his hands to heaven
and shouted
O hell no you not coming in here
to the young woman.

I remember Mark grabbing his father
and wrestling him outside and Jeanine slumping down in her pew as we sang
still be my vision O ruler of all and
we all sat down to listen to the Word being preached by
the gravel in parking lot being scattered
by the scuffling, struggling father son dance.

I remember some of us coming up
to the woman after the service to say welcome
but most
went straight to their cars and
like the woman and
like the little boy
never came back.

And I’d like to remember it never was the same, except that it was exactly the same.

And Mark’s father
sitting in the same pew week after week after week until
he couldn’t any longer because the church closed
because it didn’t have enough people to pay the bills,
and then he quit going to church altogether until
he died.

I remember it was something with his heart.

I remember helping a black judge get elected,
Him sitting at my living room table
as I told him that it was probably best
if we didn’t put his picture on the post cards we were mailing out.

I remember him nodding that he understood.
It was 2002.

I remember last May when my mother died.
From the time I was old enough for a mother to share
her final wishes with her son,
she had been clear she wanted to be cremated.
I was probably 12 the first time I heard that.

I remember going to the nursing home to see her
and the nurse pulling me aside and saying I need to talk to you
about your mother,
thinking that they were going to throw her out
for her smoking.
and the nurse then telling me she was gone.

So, I was mostly right.

I remember walking into her room with the nurses who were
being so apologetic about letting her die
as if they had that kind of control over life and death.

I remember searching online for cremation services
and making one call
and then a second
and then making the arrangements,

Then two older black men came to carry my mother away
from the nursing home on their gurney,
and me feeling
suspicious,

Driving to the funeral home to make the arrangements
and to write the check (what do you put into the memo line?)
and noticing,
in the way that an entire life
of noticing these things in the South teaches you,
that it was a black funeral home.

I remember the owner
being just as surprised to see me
as I was him.

The power of the internet, it seems.

I remember that he gave me a discount
for mom being a hospice patient,
Which was printed on the rate card,
right there in black and white,

And which had nothing to do with his heart,
nor mine.